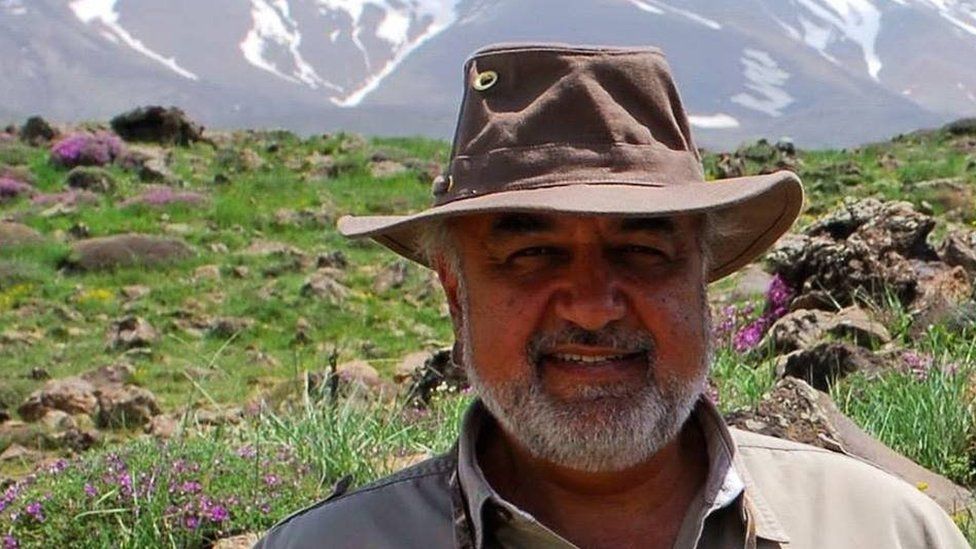 Morad Tahbaz, released in Nazanin deal, back in Iran jail

A British-US national temporarily released from prison in Iran two days ago has been returned to jail, his family says.
Morad Tahbaz, who also holds Iranian citizenship, had been released on furlough on the same day two other dual British nationals were released.

Nazanin Zaghari-Ratcliffe and Anoosheh Ashoori have since returned to the UK and been reunited with their families.

Mr Tahbaz, 66, was doing conservation work when he was held in January 2018.

The authorities accused him and seven other conservationists of collecting classified information about Iran's strategic areas under the pretext of carrying out environmental and scientific projects.

On Wednesday UK Foreign Secretary Liz Truss announced that Mr Tahbaz had been released to his home in Tehran on furlough. She said Mr Tahbaz, Mrs Zaghari-Ratcliffe and Mr Ashoori had been freed as a "result of tenacious and creative British diplomacy".

However on Friday Mr Tahbaz's family said they had received "devastating news" that he had been returned to prison.

"We the family are distraught at this moment," they said in a statement.

Reacting to the development, the UK Foreign, Commonwealth and Development Office (FCDO) said the Iranians had told the UK Government that Mr Tahbaz had been taken to Evin prison to fit an ankle tag that should have been fitted before his release.

"We hope to see him returned to his home in the coming hours," the FCDO said. "Morad Tahbaz is a tri-national and we are working closely with the United States to secure Morad's permanent release."

Mr Tahbaz was arrested during a crackdown on environmental activists in January 2018. He was part of a team from the Persian Wildlife Heritage Foundation which had been using cameras to track endangered species, according to Amnesty International.

But in October 2018, Mr Tahbaz and three of his fellow conservationists were charged with "corruption on earth" (later changed to "co-operating with the hostile state of the US"), which carries the death penalty. Three others were charged with espionage, and a fourth was accused of acting against national security.

All eight denied the charges and Amnesty International said there was evidence that they had been subjected to torture in order to extract forced "confessions".

In November 2019, they were sentenced to prison terms ranging from four to 10 years and ordered to return allegedly "illicit income".

Human Rights Watch denounced what it said was an unfair trial, during which the defendants were apparently unable to see the full dossier of evidence against them.

UN human rights experts warned last year that Mr Tahbaz's health condition had continuously deteriorated during his imprisonment. Despite that, they added, he had been denied access to proper treatment.
Add Comment