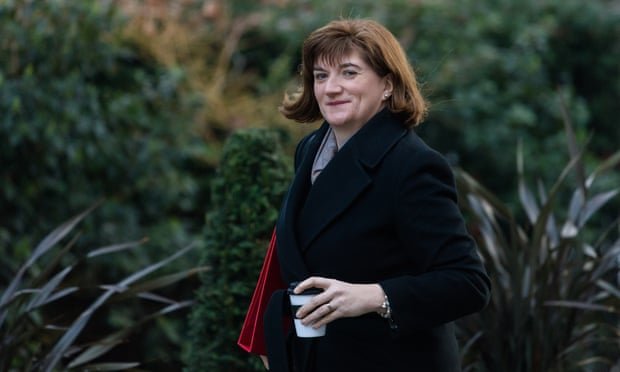 Lady Morgan says government cash would damage press freedom
Ministers have rejected proposals that state funding should be used to support public-interest journalism in the UK, saying that intervention by the government would damage a free press.

Last year’s official review into the future of public interest journalism by Dame Frances Cairncross, which painted a dire picture of the financial state of British journalism, suggested it would be necessary for the state to support reporting considered essential to a functioning democracy.

The official response from the culture secretary, Lady Morgan, largely rejected direct intervention. “It is of vital importance that the press remains free and independent of government, and there are therefore areas where intervention by government would be inappropriate,” she said.

Cairncross had suggested the government should found a new Institute for Public Interest News to coordinate between publishers, broadcasters, and online platforms to ensure a future for quality reporting.

But the government’s response – issued almost 12 months after the initial proposals – said it would not be taking forward the idea: “It is not for the government to define what qualifies as ‘public interest’ news. While any institute would be at arm’s length from government, we recognise concerns that even an arm’s length relationship risks perceptions of inappropriate government interference with the press.”

The government also rejected proposals to extend charitable status to many struggling local news outlets, saying it would not be appropriate because they would be banned from supporting political parties, stopped from being for-profit, and much journalism does not work “only for the public benefit”.

However, ministers are looking at whether to extend certain tax breaks to cover aspects of the news business. This could include effectively removing the VAT charged on online news subscriptions to bring it in line with printed newspapers, a move which would benefit the likes of News UK which recently won a long-running legal victory against the taxman on this point.

Ministers have instead limited their financial commitment to giving a £1,500 discount on business rates for office space occupied by local newspapers in England, while also confirming previously-announced plans to award £2m of funding through the arms-length body Nesta to encourage innovation in the news industry. The government cash will be used to “invest in new technological prototypes, start-ups and innovative business models to explore new ways of sustaining the press in a changing landscape”, rather than subsidising existing operators.

Instead, the government is encouraging the BBC to expand its licence-fee funded local democracy reporter scheme, while awaiting the competition regulator’s investigation into the online advertising market.

Henry Faure Walker, chairman of the industry lobby group News Media Association, said he was “disappointed at the lack of clear financial commitment by the government to implement the recommendations”, warning that the new innovation fund appears to be bypassing traditional local news publishers.

“Without swift and significant market intervention now, the flow of independent, high-quality local news and information which is essential for the functioning of our democracy can no longer be guaranteed.”
Add Comment