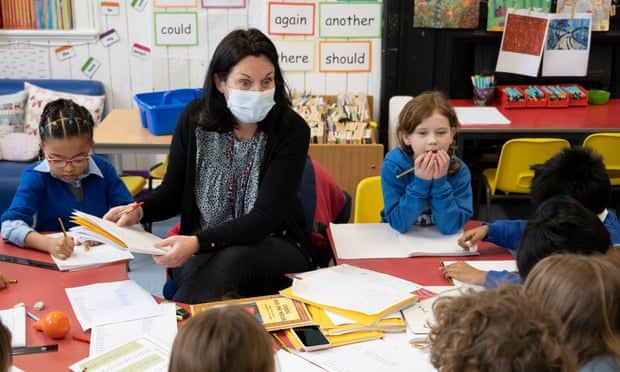 Critics warn changes could put 10,000 training places at risk and affect teacher supply for years to come
The government has come under fire over plans for a radical overhaul of teacher training, described by critics as “a wrecking ball” which could jeopardise the supply of teachers for years to come.

However, critics said that the sweeping changes could put at risk 10,000 training places across 30 providers, warning that a number of universities which train teachers could pull out altogether.

Under the government’s plans, published on Monday as part of a seven-week consultation, all teacher training providers would have to seek reaccreditation as part of the shake-up, beginning as early as next spring.

The Department for Education acknowledged the changes would lead to “significant market reconfiguration” and admitted “the development of new capacity will be necessary”.

Jim Knight, a member of the all-party parliamentary group for the teaching profession and former minister of state for schools said there was “zero evidence” for the need for such drastic changes, pointing out that the department’s own statistics confirmed the current “excellence” of initial teacher training.

“If changes prove, as feared, unviable for teacher education providers, many will have no choice but to withdraw from the market. Our early intel shows that as many as 10,000 teacher education places may go as a result,” said Lord Knight.

“As we all focus on education recovery post-pandemic, this would be the worst possible time to create an unnecessary shortage of teachers entering the profession.”

Dr Tim Bradshaw, chief executive of the Russell Group, which works with 2,500 schools to train more than 5,500 teachers a year, said the recommendations in the government’s review would disrupt current partnerships between providers and schools. “This could pose a risk to university involvement in initial teacher training, with consequences for the pipeline of new teachers in England.”

Nick Brook, deputy general secretary of the National Association of Head Teachers, added: “At a time when more people than ever are looking to join the profession, these proposals take a sledgehammer to the existing model of teacher training and will only serve to significantly reduce the supply of teachers for years to come.

School minister Nick Gibb said however that the proposed changes would create “a golden thread” of training, support and professional development which will run through each phase of a teacher’s career.

“Supporting our teachers with the highest quality training and professional development is the best way in which we can improve pupil outcomes and is central to the government’s levelling up agenda,” he said.

Meanwhile, Labour is demanding that the government sets out its plans for assessments in 2022, as new analysis of attendance data revealed that the average year 10 pupil who will sit GCSEs and BTecs next summer has missed one in four days of face-to-face teaching this year.

In a speech on Tuesday, the shadow education secretary, Kate Green, will set a deadline of 1 September for clarity on 2022 assessments. “Uncertainty just piles pressure on pupils and teachers, so the longer ministers dither and delay, the harder it will be to set a level playing field and ensure every pupil gets fair grades,” she is expected to say.

“Ministers need to learn from their mistakes and set out a plan by the time pupils return to school in September.”
Add Comment