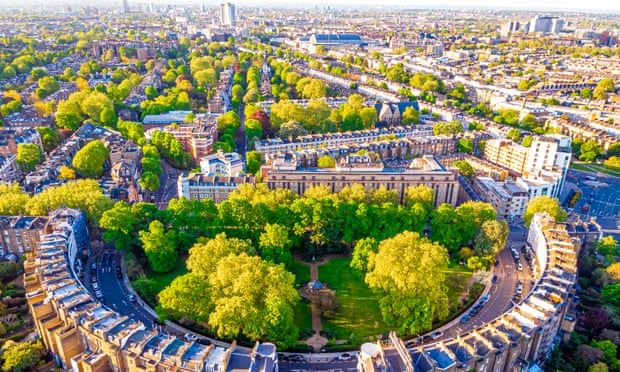 Anti-corruption activists criticise government inaction in face of years of Kremlin provocation
Britain’s efforts to halt the flow of Russian “dirty money” into the UK have been called into question in the aftermath of a threat by the foreign secretary, Liz Truss, to hit Kremlin-linked oligarchs with economic sanctions if Ukraine is attacked.

Labour and anti-corruption campaigners this week accused the government of failing to curtail Russian wealth and influence in Britain, despite years of provocative actions from the Kremlin.

“We’ve seen Russia engage in assassinations and human rights abuses, annexations and invasions – but it has taken 100,000 Russian troops at the border to push Britain towards a change of policy,” said James Nixey, a director at the Chatham House thinktank, which recently published a paper on the UK’s kleptocracy problem.

Truss would not spell out who might be targeted, partly for legal reasons, but she told MPs it could include “those who own or control” companies that have economic or strategic significance to the Russian state.

Roman Borisovich, an anti-corruption campaigner, who runs “kleptocracy tours” highlighting Russian oligarch-owned properties in London, said Truss’s threat sent out the opposite signal. Because sanctions would come only in the event of an invasion, the implied message was, he said, “play nice, you are welcome to come with your stolen loot”.

As fortunes were made following the fall of the Soviet Union, Russian elites, who owe their wealth to an all-powerful Kremlin, have been eager to move money from home. So vast is the flight of capital it has been estimated that Russians hold as much as $1tn in wealth abroad, according to the Atlantic Council thinktank.

Transparency International, an anti-corruption watchdog, believes that 150 properties, mostly luxury mansions in Britain worth an estimated £1.5bn, are owned by Kremlin-linked Russians. More may be held by offshore companies, whose true ownership is hard to determine.

Politicians have benefited. Russian-born donors or individuals with business links to Russia have given nearly £2m to either the Conservative party or individual constituency associations since Boris Johnson took power in July 2019, according to Electoral Commission figures.

Checks were minimal in some cases. Seven hundred wealthy Russians were among those allowed to enter the UK on tier 1 investor visas between 2008 and 2015, a period when no state checks were carried out. All tier 1 visas granted in that period are now subject to a Home Office national security review, says the NGO Spotlight on Corruption.

Former insiders – from policing and Whitehall – complain about a lack of resources and, by implication, political will. “Proving the illicit nature of the funds often needs information from the source country, very hard in some cases,” said one. “The subjects are rich and will employ the legal system of this country to its fullest degree.”

Too many agencies are involved, a former senior security official added. “The British state has not put enough effort and money in tackling fraud across the board – illegal economic activity, dirty money. It’s too spread out between the National Crime Agency, the Serious Fraud Office, City of London police and even local forces.”

A week ago, Theodore Agnew, a former Lords Treasury minister, said one of the reasons for his resignation was that a proposed economic crime bill had been “foolishly rejected” for the next Queen’s speech by business managers. On Wednesday, in a U-turn, Johnson told MPs it would be put on the list.

“Contrary to some of the myths that are peddled, this government have come down very hard on dirty money from Russia and everywhere else,” the prime minister added, and highlighted recently introduced anti-corruption measures, such as unexplained wealth orders.

These orders were introduced in 2017 and intended to force politically exposed persons to explain the origins of the money, if they had bought an expensive property that appeared beyond their means. The property or asset could, in theory, be seized if no adequate explanation were provided.

The Home Office predicted that 20 orders would be issued every year. In fact, only four are known to have been issued in four years, and none since Boris Johnson took office, according toChatham House. No Russian has been targeted either.

The shadow foreign secretary, David Lammy, said British interests were being damaged. The Labour MP said: “The Conservatives’ inexplicable record of failure in stopping corrupt elites from Russia and other authoritarian regimes storing money in our country is weakening Britain’s security, harming our national interests and undermining our diplomacy.”

Such is the level of Russian influence in the UK, that the US is said to have become worried. Max Bergmann, a senior fellow at the Center for American Progress, a Joe Biden-aligned thinktank, told the Guardian he believed “there is clear concern in the US government about the influence of Russian money in the UK”.

A week earlier, Bergmann had written a widely picked up report into the Ukraine crisis, calling for the US to establish a joint kleptocracy working group with the UK “to prod stronger action” from the Conservative government.

This week, the White House said it was proceeding with it in tandem with the UK. Economic sanctions would focus on individuals “in or near the inner circles of the Kremlin”, an administration official said, should an invasion take place.

Lists of targets have been drawn up: a shortlist of eight by allies of the jailed opposition leader Alexei Navalny, which was debated in the UK parliament last year. A public list of 35 also appears in the Putin accountability bill, put forward by members of the US Congress last month.

But economic sanctions are unlikely to involve those who have gone on to make millions in donations to the Conservatives. None feature on the two lists – and it is unlikely the Tories would in effect admit money had been taken from people deemed too close to the Kremlin in the event of war.

Borisovich, meanwhile, told the Guardian he plans to restart his “kleptocracy tours” in London this spring, as the pandemic subsides. This time, he hopes there will be an extra twist. “I would like to extend an invitation to MPs from the foreign affairs select committee,” he said.
#Alexei Navalny  #Boris Johnson  #Joe Biden  #Johnson
Add Comment