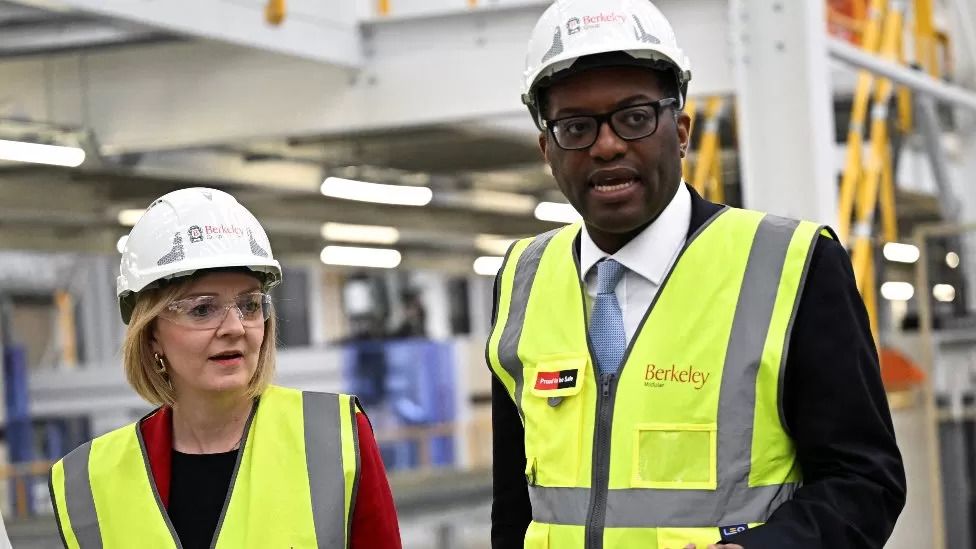 In an unusual move, Liz Truss and Chancellor Kwasi Kwarteng will meet the chairman of the Office of Budget Responsibility's (OBR) to discuss the fallout after Friday's mini-budget.

The watchdog offered to prepare a draft forecast in time for the mini-budget but it was not taken up.

A group of MPs has called for the forecast to be released "immediately".

The Treasury Select Committee said the lack of this forecast before last Friday's mini-budget had "in some part driven the lack of confidence in the markets".

News of the meeting with OBR chairman Richard Hughes came as a new poll gave Labour a 33 percentage point lead over the Tories.

Government sources have dismissed suggestions the talks with the independent forecaster, announced late on Thursday and first reported by the Guardian, amounted to an "emergency meeting".

It is understood the forecast process will be discussed, as well as economic and fiscal developments since March.

Earlier on Thursday, the prime minister and chancellor defended their policy after a dramatic week that saw the pound slump against the dollar and the Bank of England forced to step in and take action.

Forecasts of the UK's economic outlook by the OBR are usually published when the government makes major financial announcements, for example on Budget day.

In the letter on Thursday, Conservative MP Mel Stride - who chairs the cross-party Treasury Select Committee said the lack of an OBR forecast had left some people with the impression the government was trying to avoid scrutiny.

He said the next forecast should be brought forward, and that the chancellor's next planned financial statement on 23 November should also be moved forward "to as early a date as possible", given "the continued uncertainty within markets".

The OBR publicly confirmed on Thursday that it had sent the chancellor a forecast when he took office in September - and also offered to update it in line with any planned government announcements but was not commissioned to do so.

The intervention from the committee comes after the prime minister spoke to a number of BBC outlets this morning, which saw her insist the tax cuts outlined in the mini-budget were the "right plan".

Forecasts from the independent OBR give an indication of the health of the nation's finances and there have been calls for a forecast to be published in the last week.

In defending his policies to Conservative MPs, Mr Kwarteng said they were needed to stop a collapse in consumer spending - and that he was working at pace to show markets he had a "clear plan".

He pledged that reforms "on childcare, business regulations, financial services, agriculture and more" would be set out in the next six weeks.

The message on WhatsApp contained a list of "talking points" to defend the government's handling of the economy, including that the "government needed to act urgently".

Since it was announced at the end of last week the mini-budget has faced widespread criticism, with the International Monetary Fund and former Bank of England governor Mark Carney disparaging the plan.

On Tuesday the Bank of England said it would buy up to £65bn worth of government bonds to prevent the collapse of some pension funds.

Across all polls Labour have opened up an average 19.5% lead over the Conservatives since Ms Truss became prime minister three weeks ago.

A new poll, by YouGov for The Times and carried out on Wednesday, found Labour had a 33-point lead.

On mini-budget: "We had to take decisive action"