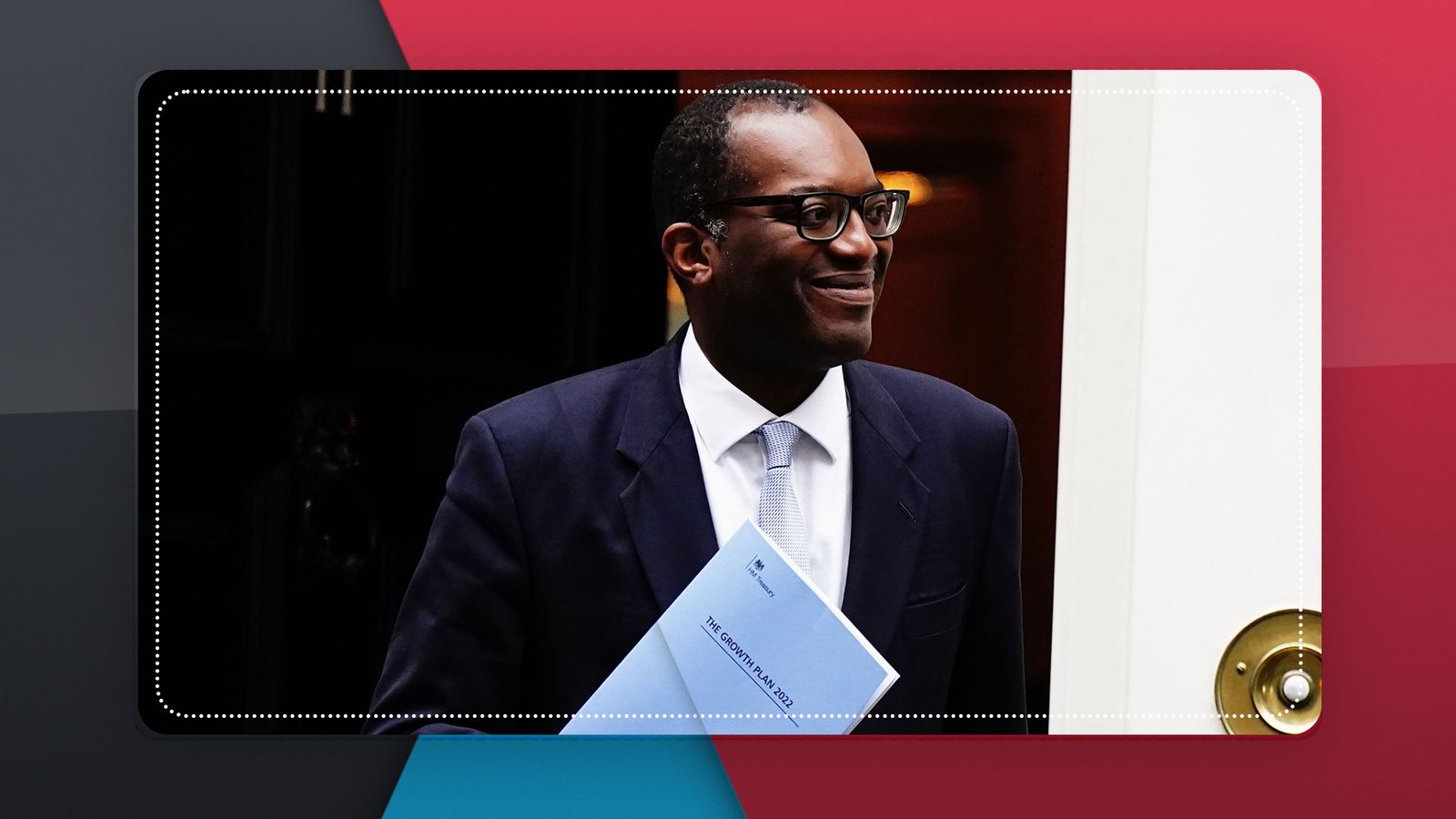 The chancellor has denied suggestions he is gambling with the economy as his raft of tax cuts were met with a hostile reception - and sent the pound plummeting to a 37-year low.

The Institute of Fiscal Studies (IFS) said he was "betting the house" by putting government debt on an "unsustainable rising path".

Only those with incomes of over £155,000 will be net beneficiaries of tax policies announced by the Conservatives, with the "vast majority of income taxpayers paying more tax", said the respected financial think tank in a scathing assessment of the plans.

During a visit to a factory in Kent on Friday afternoon, Kwasi Kwarteng told reporters: "It's not a gamble.

"What is a gamble is thinking that you can keep raising taxes and getting prosperity, which was clearly not working.

"We cannot have a tax system where you are getting a 70-year high, so the last time we had tax rates at this level before my tax cuts was actually before Her late Majesty had acceded to the throne. 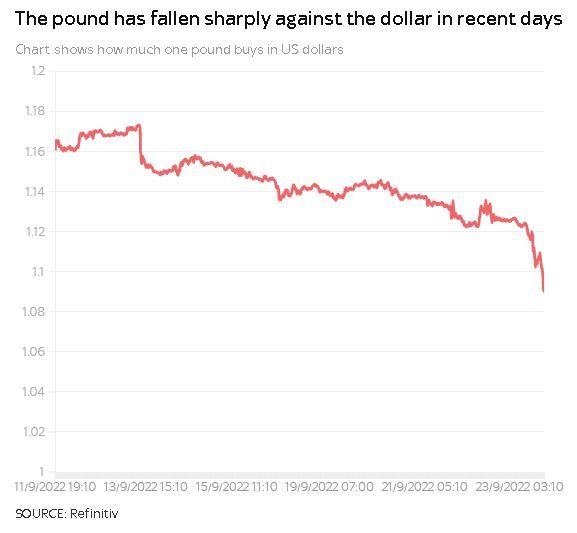 "That was completely unsustainable and that's why I'm delighted to have been able to reduce taxes across the piece this morning."

The Resolution Foundation think tank said the chancellor's measures would involve an extra £411bn of borrowing over the next five years.

It said the tax cuts do very little to boost the incomes of those who need it the most, pointing out that someone earning £1m a year would gain more than £55,220 a year, while someone on £20,000 would gain only £157.

Pound plunged to a four-decade low

The growth plan outlined by the chancellor to lift the UK from the depths of the cost of living crisis and back to prosperity has been met with horror on financial markets, with the pound taking a particular hammering late in the day.

Sterling, bonds, and share values all fell sharply in the wake of Mr Kwarteng's mini-budget. 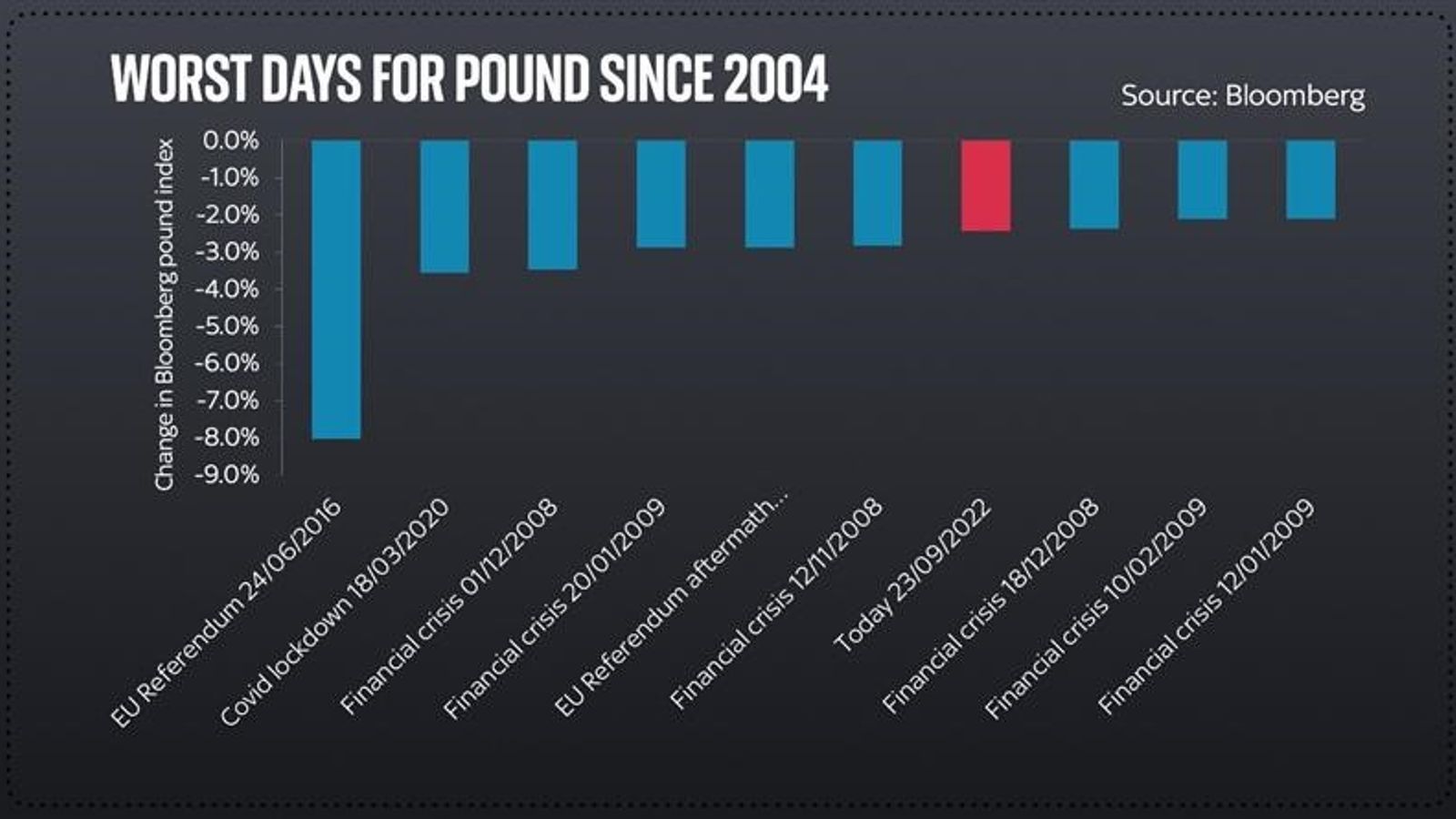 The pound - already on its knees this month because of a strong dollar - slid below $1.09 for the first time in 37 years.

That was after US bank Citi declared on Friday afternoon that the currency was facing the prospect of a confidence crisis. It speculated that it could eventually hit parity with the dollar for the first time in history, but added that it expected sterling to settle within the $1.05-$1.10 range.

The chancellor revealed the biggest tax cuts for 50 years as part of the new economic agenda - a package that will be paid for through a huge leap in government borrowing.

He cut stamp duty for homebuyers, and brought forward a cut to the basic rate of income tax, to 19p in the pound, a year early, to April, as part of tax cuts costing up to £45bn annually. 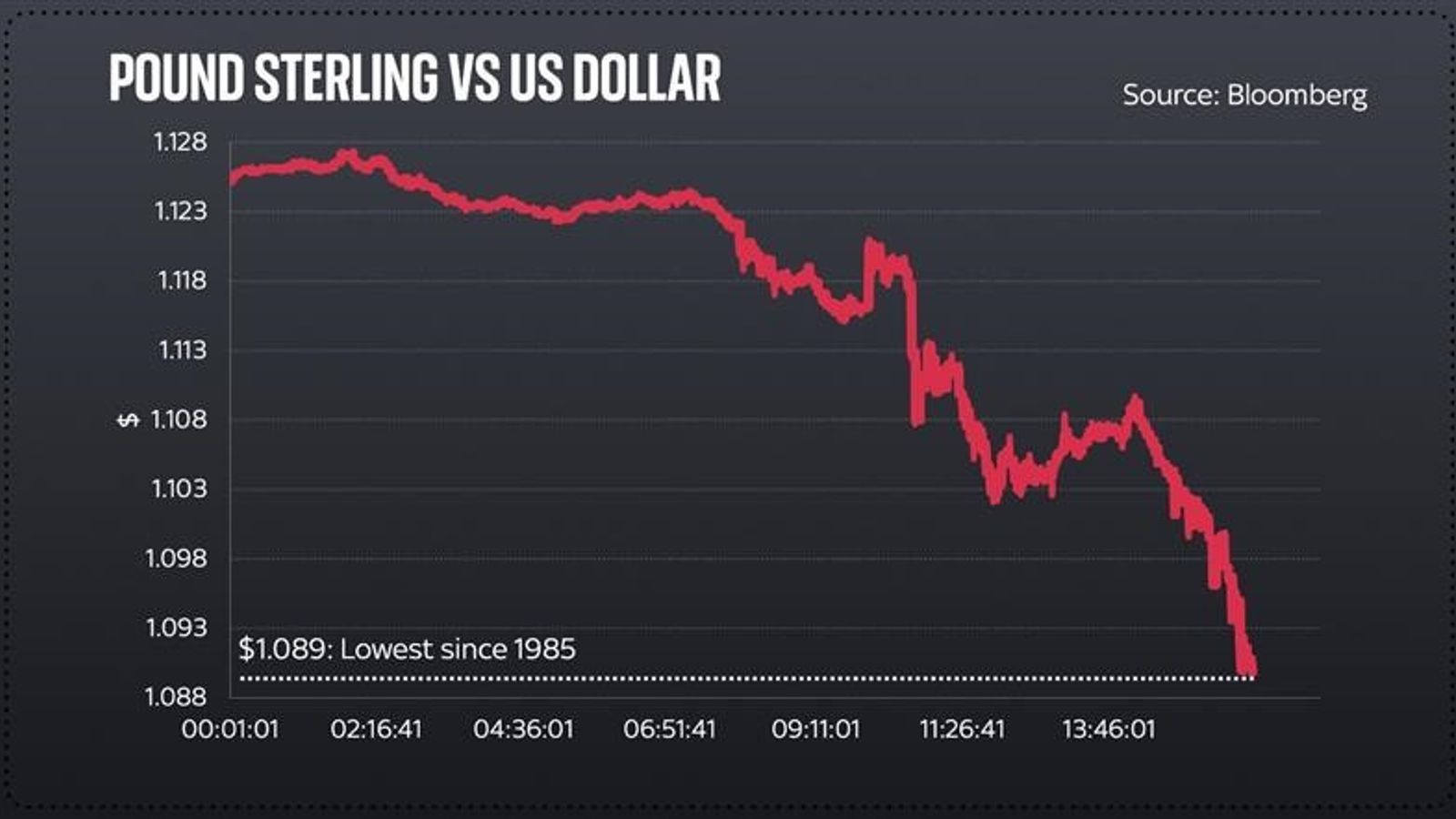 The plans, which include the previously announced energy bill aid for households and businesses, raised the Treasury's debt issuance plans for the current financial year alone by £72.4bn to £234.1bn.

Taken together, It went much further than markets had been expecting.

The package was announced a day after the Bank of England warned the UK may already be in a recession and lifted interest rates to 2.25%.

The FTSE 100 shed 2% of its value by the close, with miners and energy stocks among the worst performers.

Commenting on the package, Caroline Le Jeune, head of tax at accountants Blick Rothenberg, said: "In 25 years of analysing budgets this must be the most dramatic, risky, and unfounded mini-budget.

"Truss and her new government are taking a huge gamble."