Migrants die in biggest loss of life in Channel

Thirty-one people headed for the UK have drowned in the English Channel near Calais after their boat sank.

The International Organization for Migration said it was the biggest single loss of life in the Channel since it began collecting data in 2014.

Prime Minister Boris Johnson said he was "appalled" by what happened, adding the UK would leave "no stone unturned" to stop human trafficking gangs.

Five women and a girl were among the dead, France's interior minister said.

Gerald Darmanin also said two people were rescued and one was missing.

Four people had been arrested near to the Belgian border, he added, saying: "We suspect that they were directly linked to this particular crossing."

A fishing boat sounded the alarm on Wednesday afternoon after spotting several people at sea off the coast of France.

French and British authorities are conducting a rescue operation by air and sea to see if they can find anyone. 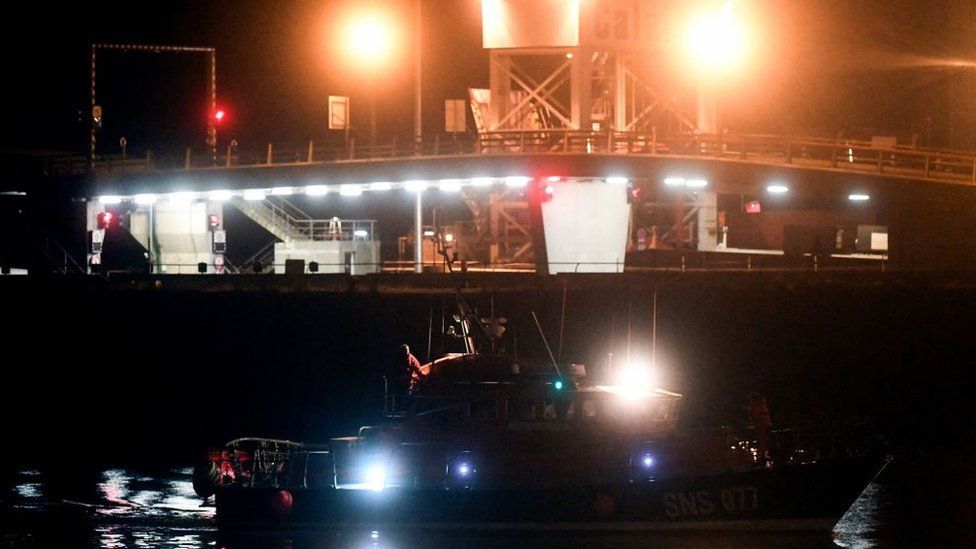 Mr Johnson said the deaths were a "disaster", adding that it was vital to "break" the people trafficking gangs which, he said, were "literally getting away with murder".

"It also shows how vital it is that we now step up our efforts to break the business model of the gangsters who are sending people to sea in this way," he said.

He also admitted efforts so far to stem the flow of migrants crossing the Channel in small boats "haven't been enough" and that the UK would offer to increase its support to France.

Downing Street later said Mr Johnson and Mr Macron agreed on the importance of close working with neighbours in Belgium and the Netherlands, as well as other European countries, to tackle the problem before people reach the French coast.

The UK has pledged to give France €62.7m (£54m) during 2021-22 to help increase police patrols along its coastline, boost aerial surveillance and increase security infrastructure at ports.

Home Secretary Priti Patel tweeted that the deaths were "starkest possible reminder" of the dangers migrants face attempting to cross the Channel.

The grim truth is today was predicted and predictable.

We had been told that many would attempt to cross the Channel overnight due to rapidly worsening weather.

But it became clear that the numbers involved and the quality of boats in one of the world's busiest shipping lanes made tragedy inevitable.

Politicians on both sides of the Channel have already blamed the smugglers, who are indifferent to loss of life.

But there will be questions for both governments.

For France on the conditions in the camps, with children living in the woods and streets. And for Britain the lack of legal routes for asylum to the UK, which critics says is one of the main reasons people accept the risk of taking to the seas.

I've been told today people were still trying to cross the Channel earlier this afternoon. The terrible weather ​expected in the coming days means people know this is their last chance to make it to the UK for a while. 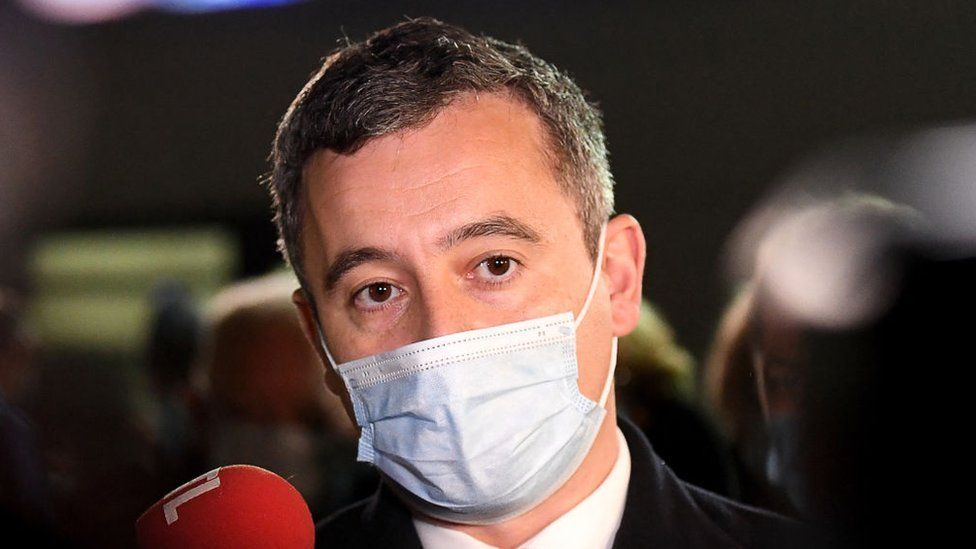 Mr Macron said: "France will not let the Channel become a cemetery."

He promised to "find and condemn those responsible" for the tragedy.

Mr Macron also called for an "emergency meeting of European ministers concerned by the migration challenge".

He said since the start of this year 1,552 smugglers had been arrested in Northern France and 44 smuggler networks dismantled.

Despite this, 47,000 attempted Channel crossings to the UK had taken place this year and 7,800 migrants have been rescued, Mr Macron added. 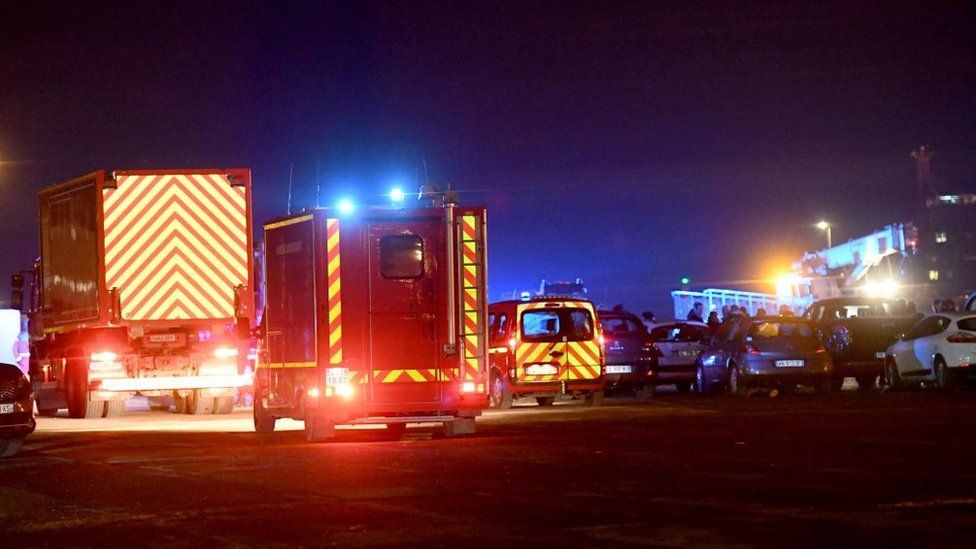 A number of people are believed to have reached the UK in small boats on Wednesday, with people seen being brought ashore in Dover by immigration officials.

BBC Newsnight's policy editor, Lewis Goodall, said he understood about 25 boats had attempted the crossing so far during the day.

It comes amid record numbers of migrants making the crossing from France to the UK. More than 25,700 people have made the dangerous journey to the UK in small boats this year - more than three times the 2020 total.

The Dover Strait is the busiest shipping lane in the world and has claimed many lives of people trying to cross to Britain in inflatable dinghies.

It is thought at least 10 other people had died in the past few weeks while attempting to make the crossing. 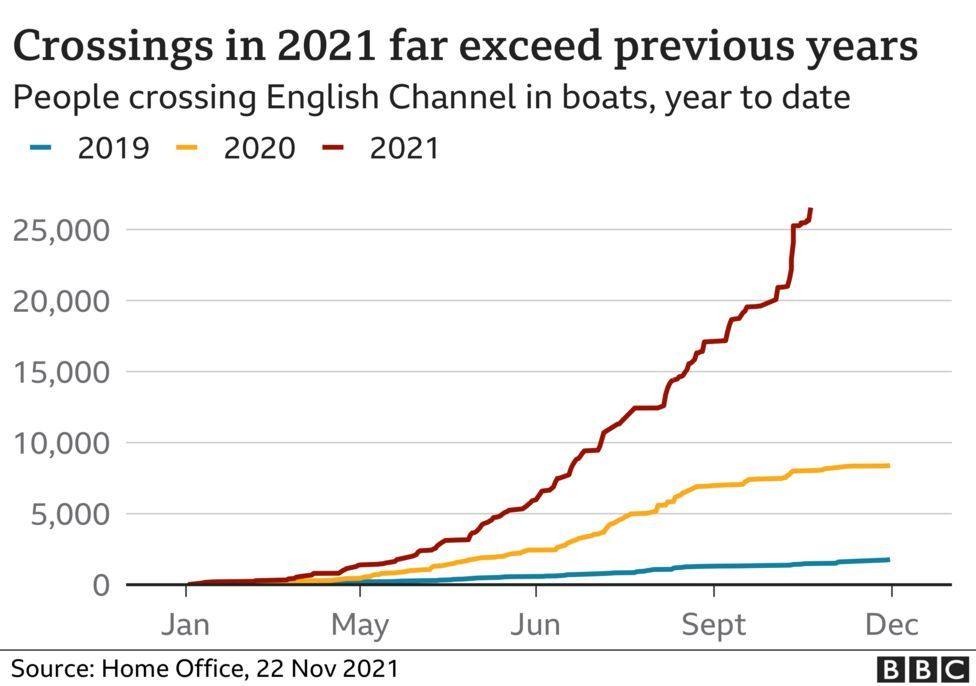