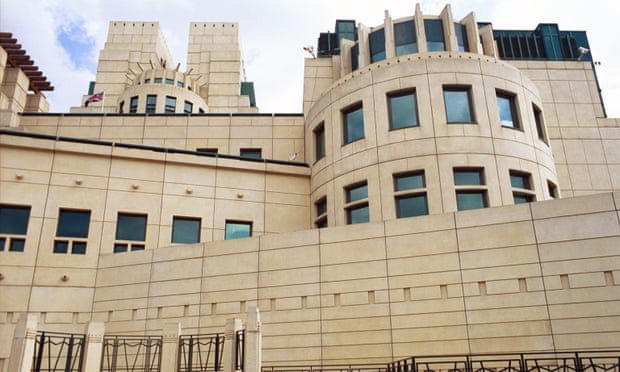 MI6 kept quiet about 'criminality' of agent with ‘licence to kill’

The spy agency was asking the minister – either Dominic Raab or his predecessor, Jeremy Hunt – to renew authorisation of the agent’s activities despite the apparent criminality without being “expressly clear” as to what had happened.

Six months previously the agent, likely to be an undercover informant, had been sent some “red lines” by MI6. The agent was told if they were breached, it would “result in the termination” of the informant’s relationship with the spy agency.

But when renewal of the agent’s authorisation was sought from the foreign secretary, MI6 “did not make expressly clear” that the “‘red lines’ had probably been crossed” – until the ambiguity was noted by the Investigatory Powers Commissioner (Ipco).

Many details are withheld from the account, which is highlighted in 2019 annual report of the Commissioner, and it is not clear if approval was ultimately granted by the minister. All the report said was that MI6 responded to the concern about its authorisation request “by updating” the Foreign Office.

Human rights campaigners said disclosure and others in the report suggested that MI6’s agent running was in disarray. “While our intelligence agencies do a vital job, this report rings alarm bells in its account of agents run amok,” said Dan Dolan, the deputy director of Reprieve.

The spy agency had been seeking to authorise the agent’s activities under section 7 of the Intelligence Services Act, dubbed the “licence to kill”. It allows British agents operating abroad to break any law without fear of prosecution in the UK if they have the written permission of the foreign secretary of the day.

Ipco also criticised MI6 for the way it handles informants in the UK, although it runs only a few agents at home. Although it was satisfied that MI6 manages “all agent cases appropriately” there were questions about its handling of paperwork, including “inconsistent written evidence of oversight”.

Ministers are seeking to introduce a related law – the covert human intelligence sources (Chis) bill – which would allow MI5 and police informants working in the UK to commit crimes in pursuit of obtaining intelligence on terrorists or other serious criminals.

Reprieve said that the disclosures in the Ipco annual report demonstrated that the government “urgently needs to get a grip on unchecked lawbreaking by agents”. But, Dolan said, ministers are “rushing through legislation which places no clear limits on the crimes they can commit”.

MI6 also told the regulator it had been forced to suspend cooperation for a time with another country after joint anti-terror operations had led to individuals being subject to “unacceptable treatment” while in detention there.

However, since then, MI6 has restarted working with that country, saying further safeguards have been introduced.

Ministers were also asked by spy agencies or the military to approve two cases involving “a serious risk of torture” plus seven cases involving “serious risk of cruel, inhuman or degrading treatment” and a further 21 were there was a lack of due arrest or detention process. But the report does not record what was decided in these cases.
Add Comment