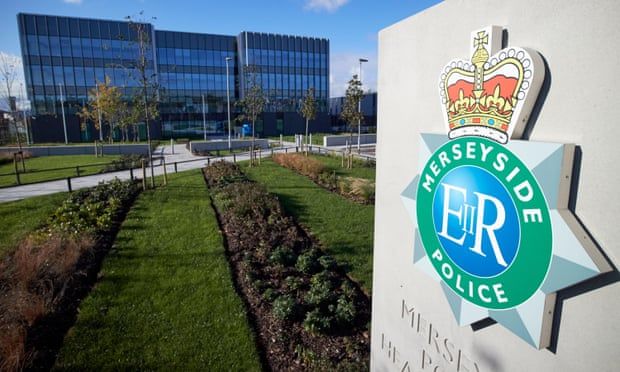 Local rape and sexual assault support group says ‘nine out of 10’ survivors report similar experiences
Merseyside police have apologised after an officer deterred a woman from pursuing a sexual assault complaint by saying that because there were no witnesses or CCTV “there will be no realistic prospect of a prosecution”.

The letter, seen by the Guardian, was sent last month by a detective sergeant before the complainant had been interviewed by officers.

Campaigners said it helped to explain why so few reports of sexual offences end up with anyone being charged, let alone convicted. Just 1.6% of rapes recorded by police in England and Wales in 2020 resulted in a charge or a summons.

After hearing about the case on a visit to Liverpool this week, Keir Starmer, the leader of the Labour party, described the approach as “completely wrong”.

He said it would deter others from reporting sexual offences: “If anybody thinks: ‘If I come forward, I’m going to be told it’s too difficult to do,’ then why am I going to come forward in the first place?”

In the letter, sent on 13 June, the police officer told the woman that “in order to proceed we would require a video interview from yourself for the formal complaint. After this is obtained we could look to interview the suspect and the evidence would be reviewed, however without anything supporting such as a witnesses [sic] or CCTV there will be no realistic prospect of a prosecution.”

Lorraine Wood, the operations manager at Rape and Sexual Assault Centre (Rasa) Merseyside, who is supporting the complainant, said: “The woman had not even given a statement, so how the police could make that decision is beyond me.”

She said the service often heard anecdotal reports of victims being encouraged to drop a case, “but this is the first time we have seen it in writing”.

Wood said the police needed to “look at the language that we use when speaking to victims, and need to respond so much better”.

She added: “Five years ago this would be a very rare thing that we would hear, especially from specialist officers. Now this is an everyday experience. Nine out of 10 victims tell us about this negative response that they hear.”

Assistant chief constable Chris Green said a senior officer had spoken to the complainant after the Guardian raised her case and “apologised for any additional distress our response has caused, and we are now working with her to ensure she gets the support she should have had from the beginning”.

He added: “Sadly, I can say that the victim did not receive the high level of service that the force expects and she deserved – this included a letter that did not demonstrate the level of sensitivity and empathy that we would expect.

“We wholly understand that when a victim comes forward to report an allegation of this nature that it can be painful and traumatic for them to recount the ordeal they have suffered.

“I want to reassure anyone who is a victim of rape or sexual abuse, that if they can find the strength to come forward and speak to us we will do everything within our power to bring the offenders to justice.”

Wood said the woman was very distressed to receive the letter and initially thought there was no point giving a video interview, but had now changed her mind, with the support of Rasa’s independent sexual violence adviser team.
Add Comment