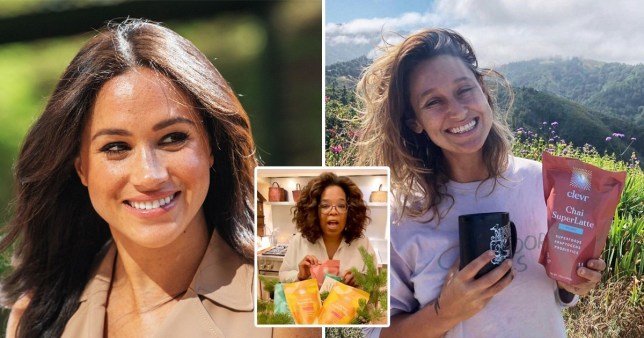 The Duchess of Sussex has invested in a start-up business which makes instant oat milk lattes.

It marks the beginning of Meghan establishing herself as an investor with a focus on supporting female-founded companies.

The company, called Clevr Blends, was promoted by Oprah Winfrey on Instagram after the duchess sent the chat show queen a Christmas basket of its products.

Winfrey wrote: ‘On the first day of Christmas my neighbor ‘M’ sent to me…a basket of deliciousness!’

Confirming she meant the duchess, she added: ‘(Yes that M),’ followed by a crown emoji.

She went onto praise the brand, writing: ‘My new drink of choice for the morning and night. Wish I had @clevrblends sooner cause I would’ve added it to my Favorite Things list. #HappyHolidays.’

Meghan, who this year secured a multimillion-pound deal with Netflix, is beginning to build a portfolio of investments, and her involvement with Clevr Blends is the first to be made public. 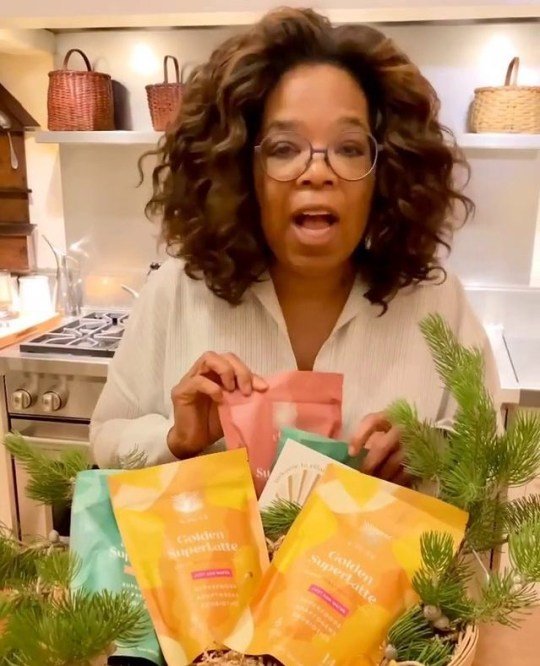 The former suits actress said in a statement: ‘This investment is in support of a passionate female entrepreneur who prioritises building community alongside her business.

‘I’m proud to invest in Hannah’s commitment to sourcing ethical ingredients and creating a product that I personally love and has a holistic approach to wellness.

Clevr Blends is run by Hannah Mendoza, has six staff and is based in Santa Barbara, California, where Meghan and the Duke of Sussex now live.

It describes itself as a ‘woman-led, mission-driven wellness company’.

After tasting the lattes, Meghan contacted Ms Mendoza to learn more about the firm.

The duchess, who is passionate about gender equality, is working to help close the gap which sees all-female founding teams typically receive less than 3% of venture funding in the US. 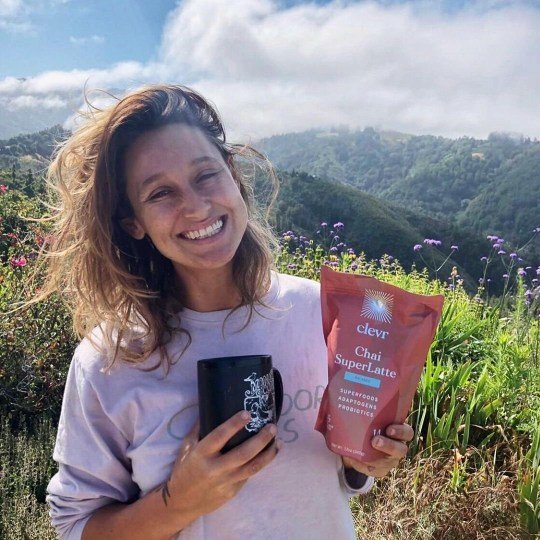 It is understood she will help Ms Mendoza’s business with financial support, mentorship and a shared vision for the product.

Ms Mendoza described her excitement at her partnership with the duchess, saying: ‘Entrepreneurs need funding, but they also need advisers who care deeply about what they are building.

‘I’m grateful to have found both in the Duchess of Sussex – her passion for what we’re creating is palpable, and I couldn’t imagine a more aligned partnership. We’re excited for the road ahead.’

Meghan quit as a senior working royal in March for a life of personal and financial freedom. 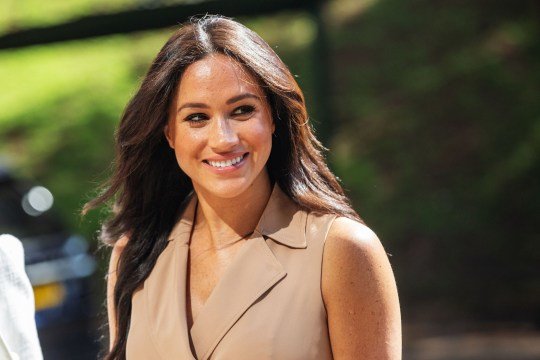 Meghan is using her newfound freedom to expand her business portfolio

She and husband Harry had hoped for a dual role, earning their own money and supporting the Queen, but it was not possible and would have led to accusations they were profiting from the monarchy.

Their Netflix deal is rumoured to be worth more than £150 million.

Other products include a Starter Kit of two latte bags and a frother for 69 dollars (£51). 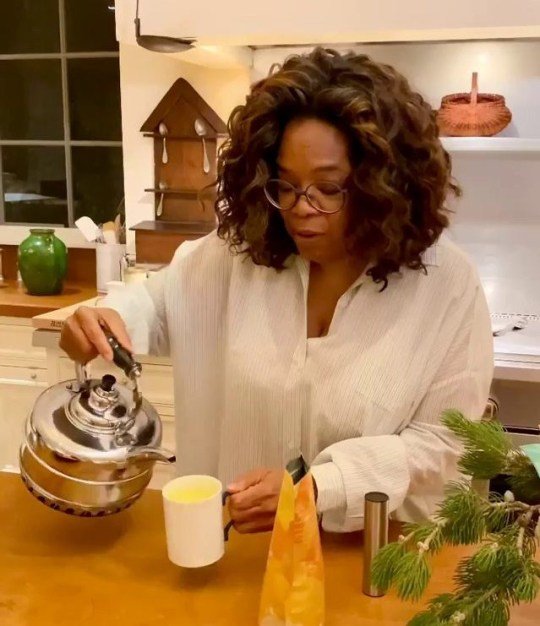 ‘We travelled the California coast, mixing up adaptogenic lattes and mushrooms coffees out the back of a van. It was awesome,’ the site read

‘Our drinks made people feel amazing – but were hard to re-create at home. We needed an easier way to bring these magical elixirs to people’s daily rituals…so we hit the kitchen!’

The firm donates a percentage of its revenue to organisations campaigning for food justice in the US.

A spokesman for the duchess declined to say how much she invested or whether she now has a stake in the company.