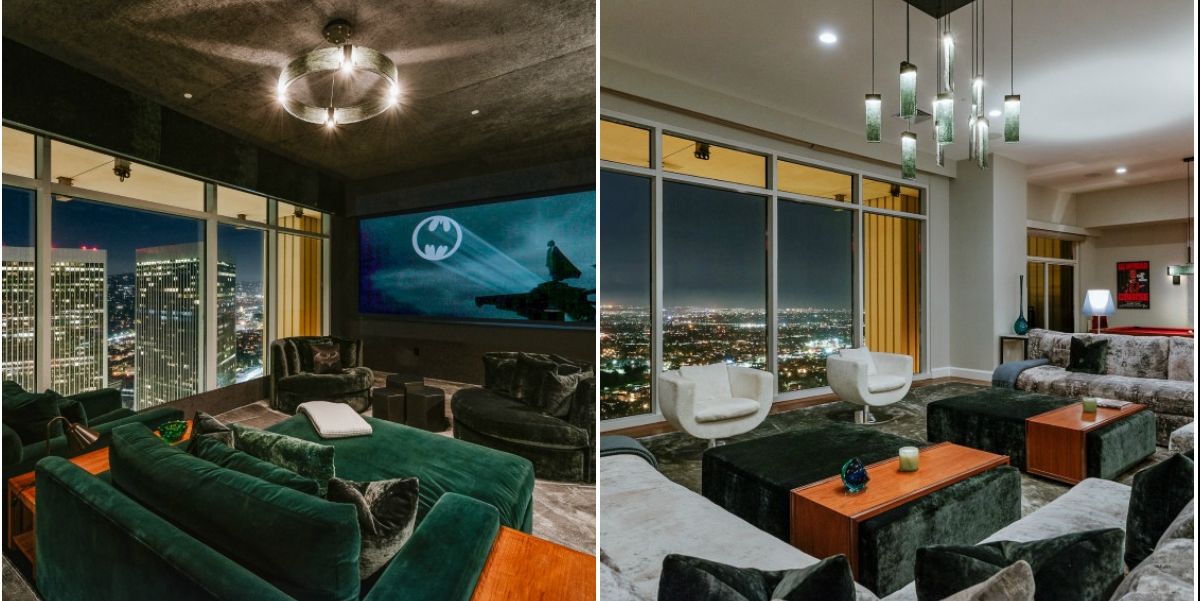 Matthew Perry's Penthouse It's Filled With Bold Colors, Lots of Velvet, and a Batman-Themed Room

The apartments on Friends are some of the most memorable cribs in TV history. From Joey and Chandler's man cave equipped with a foosball table and the ultimate leather reclining chairs to Monica's stylish, cozy, and impeccably clean digs (where Chandler and Rachel would also live at separate times), these apartments are truly iconic.

And if you've watched as much Friends as I have, it's sometimes hard to remember that the actors were just a playing a role and may have different tastes and styles than those shown on the screen. For me, Matthew Perry will forever be the loveable and slightly sarcastic Chandler Bing.

Now, if I had to describe Chandler's style, I'd say it's pretty low-key—nothing too fancy or elaborate. But as it turns out, outside of this Friends bubble (psst psst... here are deets on the reunion special), Matthew Perry has got quite the eye for luxury. His Los Angeles penthouse is currently on the market and it's a real glow-up from that small NYC apartment living. These days, Bing is really living big!

Penthouse 40, located at The Century in Century City, Los Angeles, is currently on the market for a wild $27 million. It was originally put up for sale in August 2019 for $35 million, but this week, the price dropped $8 million. The penthouse takes up the entire 40th floor of the The Century building and is even referred to as a "Mansion in the Sky" in the listing. 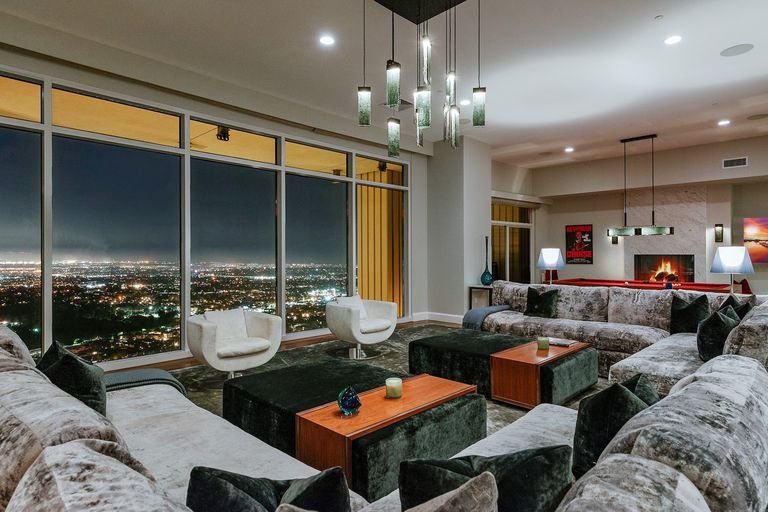 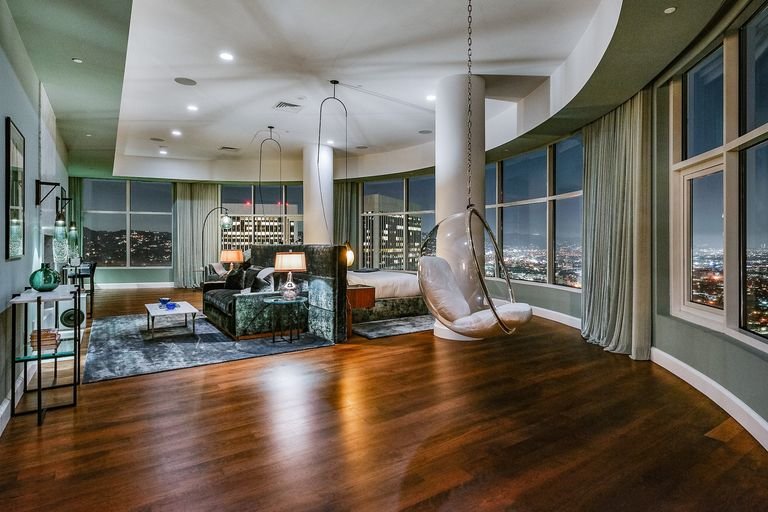 Since purchasing the four-bedroom home in 2017, Perry tapped architect Scott Joyce and interior designer L.M. Pagano to transform his more than 9,000 square foot circular space (yes, the whole penthouse is round!). The interiors boast a bold color palette and velvet and plush pieces accent the home throughout. Overall, it’s extravagant, baroque, and just a little bit seductive—I mean just imagine waking up in that bed! 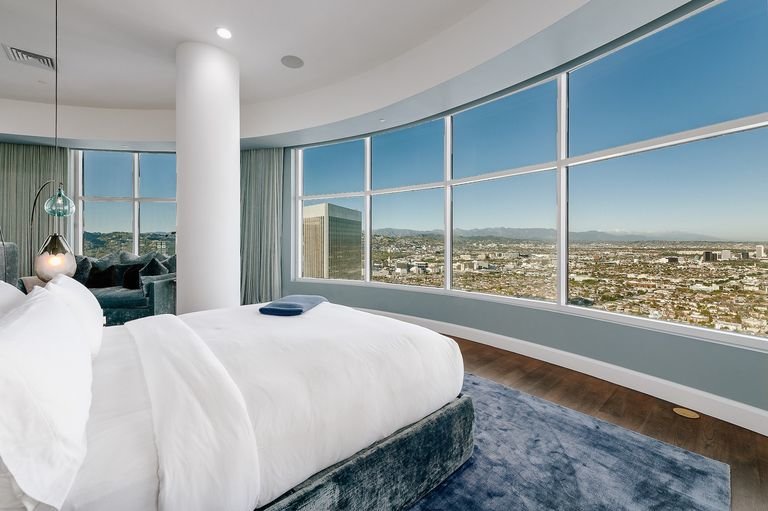 As you may have noticed, there's also no shortage of views. Four massive terraces provide a plethora of private outdoor space. Not to mention, the unique round floor plan delivers stunning 360-degree views of the city all around. From the penthouse, you can peep on the downtown skyline, the ocean, the iconic Hollywood sign, and parts of Bel-Air and Beverly Hills. 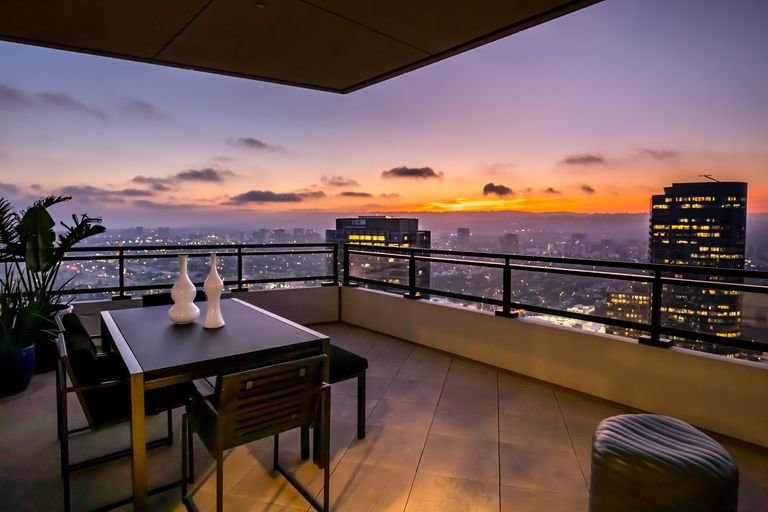 There's even a super lush screening room with nods to Batman. 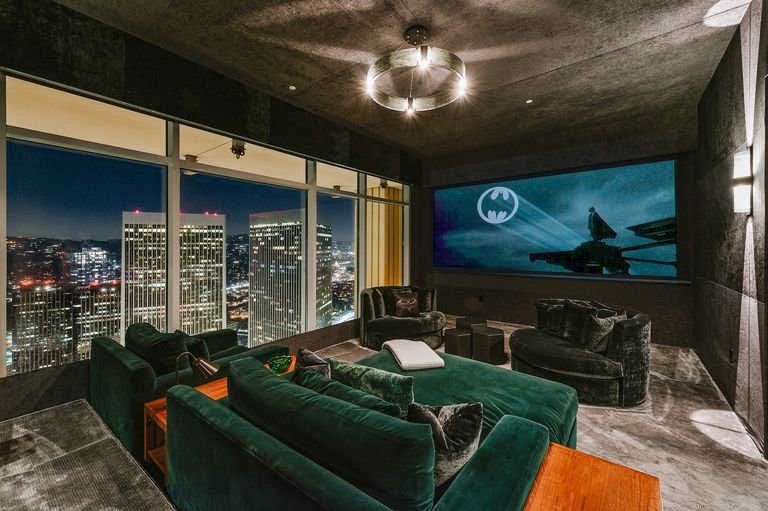 If you ask me, this penthouse looks like the bachelor pad of probably a really evil genius. Although I’ve never gotten that vibe from Matthew Perry, I’m here for it.

The Century is a gated luxury condominium complex which features 24-7 concierge and security, an oversized pool with cabanas, a gym and fitness studio, a movie theater, private wine storage and more.