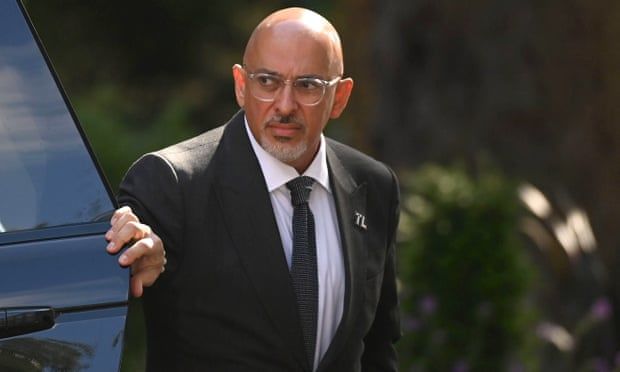 Boris Johnson has hailed the “convincing result” of Monday’s confidence vote and said he was grateful to colleagues for their support.

But others have pointed to the contortions that some of those colleagues have had to adopt to spin success out of the fact that 148 of Johnson’s own MPs want him ousted as party leader – from claiming the BBC used graphics that made the prime minister look like Hannibal Lecter to stating that because the result was not as bad as they feared, it was a good win.

Nadhim Zahawi’s definition of success turned out to be surprisingly low but he also provoked the ire of Tory MPs by bringing the Ukrainian president, Volodymyr Zelenskiy, into Johnson’s leadership woes. “That was a ballot, the prime minister won handsomely,” he said. “It’s a ballot. 50 plus one is a majority. Boris did much better than that.

“What do you think President Zelinskiy will be thinking tonight?” Zahawi added. “He’ll be punching the air because he knows his great ally Boris Johnson will be prime minister tomorrow morning.”

The Foreign Office minister James Cleverly was said to be briefing journalists immediately after the result that the fact 41% of Johnson’s party voted to get rid of him meant he has a “third mandate from the parliamentary party”.

“It was a comfortable win. A clear win,” he told Reuters, before unfortunately highlighting how deeply split the Tory party is by adding: “If there are any other candidate who thinks they are going to get 60% of the parliamentary party rallying around them, good luck with that.”

According to Peter Bone, the MP for Wellingborough, winning the vote by a smaller margin than either Theresa May or Margaret Thatcher equated to a “massive majority” and was marred only by the rumbling of a “few dissident MPs”.

Bone went on to equate the result to an entirely different election. “The last time there was an election by MPs in the House of Commons on the leadership Boris Johnson only got 51% of Conservative MPs voting for him, he got 60% so he has improved his position relating to MPs,” he said.

However, other Conservative MPs struck a more sombre note. The Blackpool South MP, Scott Benton, voted for the prime minister. But, when asked if he acknowledged it was not a good result for Johnson, said: “No, I can acknowledge it. Of course I support Boris Johnson. Would I have liked the majority to be higher for him this evening? Of course I would. But as a Conservative party we do one thing very well, and that’s uniting and fighting the opposition.”

A number of big hitters were, at best, neutral in their reactions. The housing secretary, Michael Gove, did not describe the victory as a resounding one. Instead, he said simply that Johnson had “secured the support of Conservative MPs”.

The foreign secretary, Liz Truss, tweeted that she was “pleased that colleagues have backed the prime minister. I support him 100%. Now’s the time to get on with the job.”

And the chancellor, Rishi Sunak, tweeted: “The PM has won the confidence vote and now it’s time to move forward. Tomorrow we get back to work growing the economy and delivering better public services.”