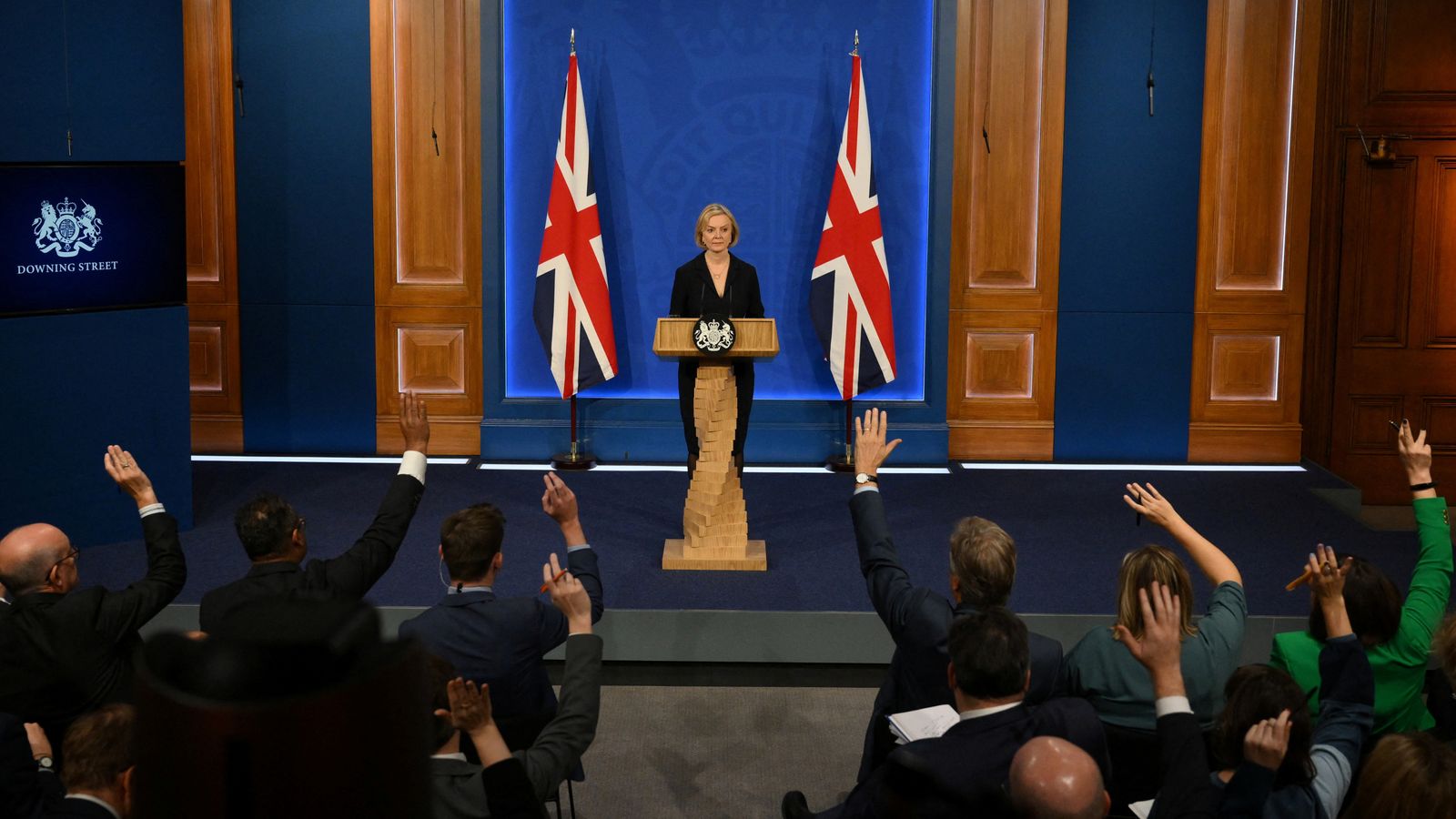 As was widely predicted, the prime minister announced she is abandoning the government's commitment to drop the planned corporation tax rise from 19% to 25% - even though it was a central plank of her Tory leadership campaign.

The financial markets have responded negatively following Liz Truss's announcement of a U-turn on corporation tax in a bid to reassure investors.

As was widely predicted, the prime minister said she was abandoning the government's commitment to drop the planned tax increase from 19% to 25% - even though it was a central plank of her Tory leadership campaign.

Speaking at a news conference, Ms Truss said she had decided to keep the rise, a move which would boost the public finances by £18bn a year. 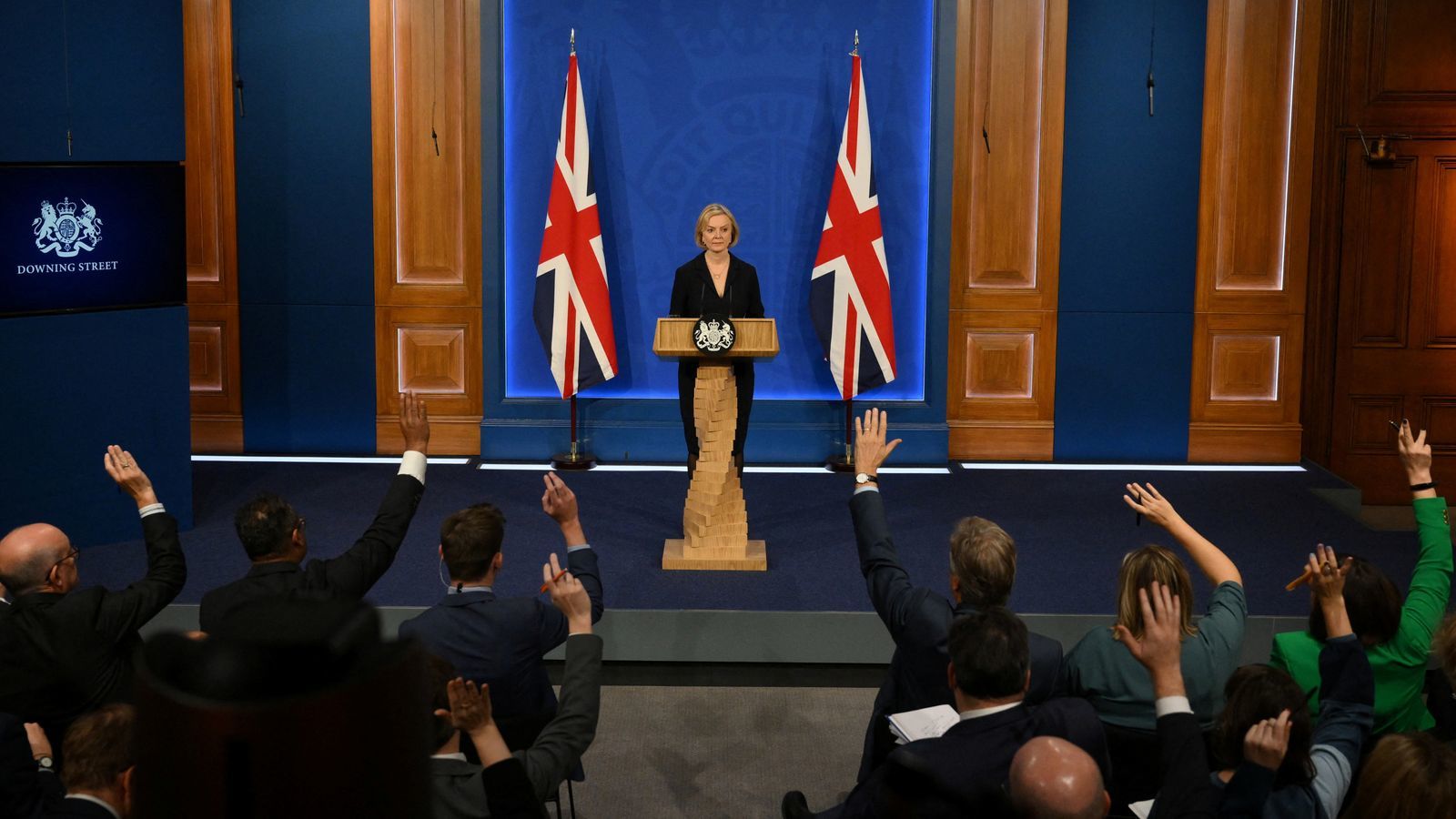 On Friday morning, the markets had already priced it in as gilt yields, the interest rate payments on long-dated government bonds, effectively state IOUs, fell while the pound rose against the dollar and the euro.

The 30-year gilt yield had sunk from near a high of 5% on Thursday following Sky News's announcement of the U-turn, to 4.3% on Friday morning.

But that began to increase after Ms Truss's speech and as of 4.30pm on Friday the rate rose to 4.8%. 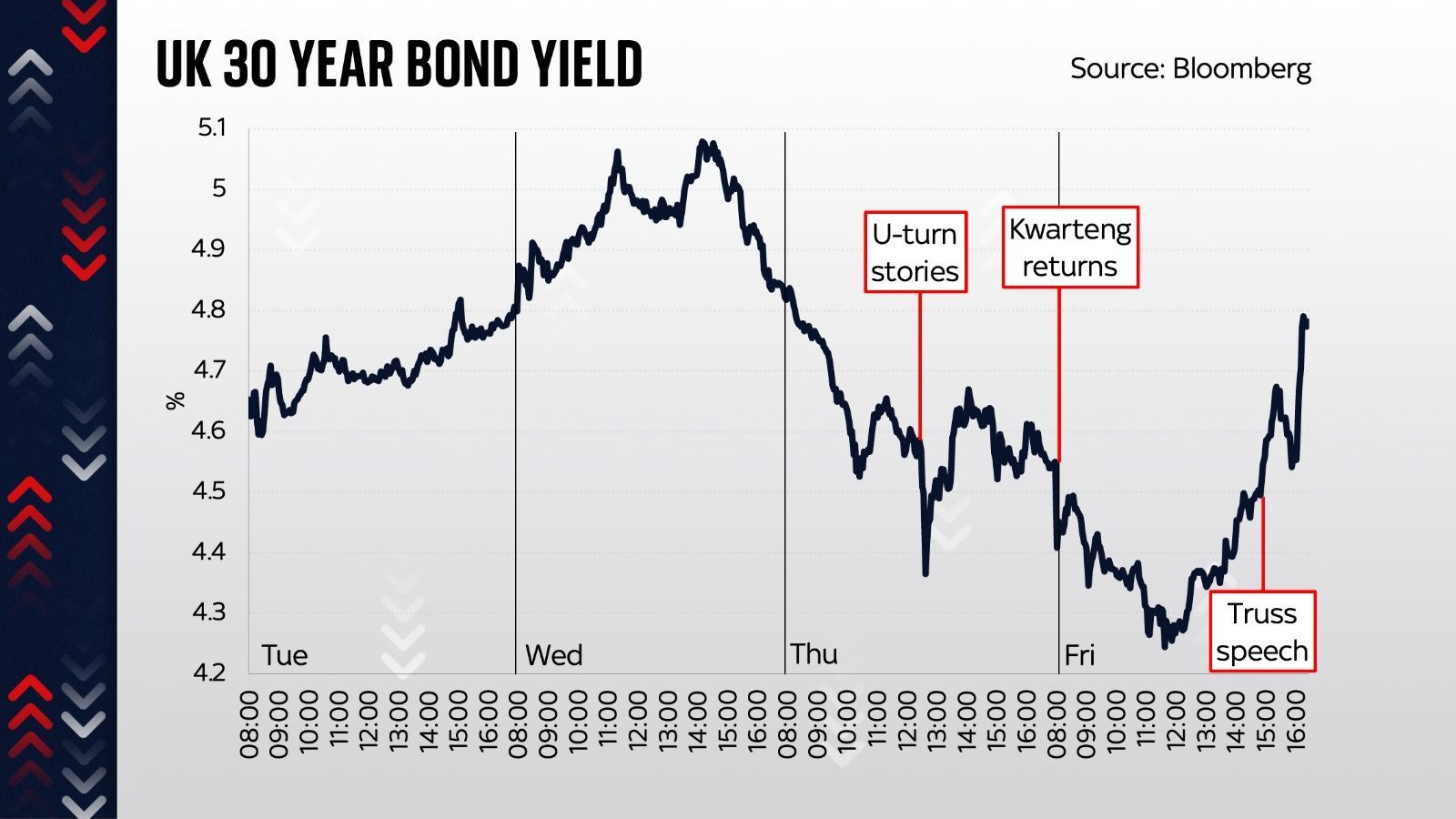 Similarly 20-year gilts fell from near a high of 5% to 4.42% on Friday before slightly rising again to 4.68% after Ms Truss spoke.

The fall in the interest rate of the benchmark 10-year government gilt yield had also been large, from 4.3% on Thursday to slightly above 4% on Friday. That gain was lost by late Friday afternoon when the interest rate stood at 4.18%.

These gilts are the bonds that had been bought up as part of the Bank of England's unprecedented intervention in the market to prevent a collapse in pensions as the market doubted the credibility of the UK's economic plans.

The interest rates had risen sharply following the mini-budget announcement, causing a massive sell-off, before the Bank announced its 13-day intervention on 28 September. That intervention ended on Friday afternoon.

Paying for goods in US dollars, as importers do, has also become more expensive as the pound slid in value. Drops in the value of the pound signal a lack of confidence from investors in the UK market. 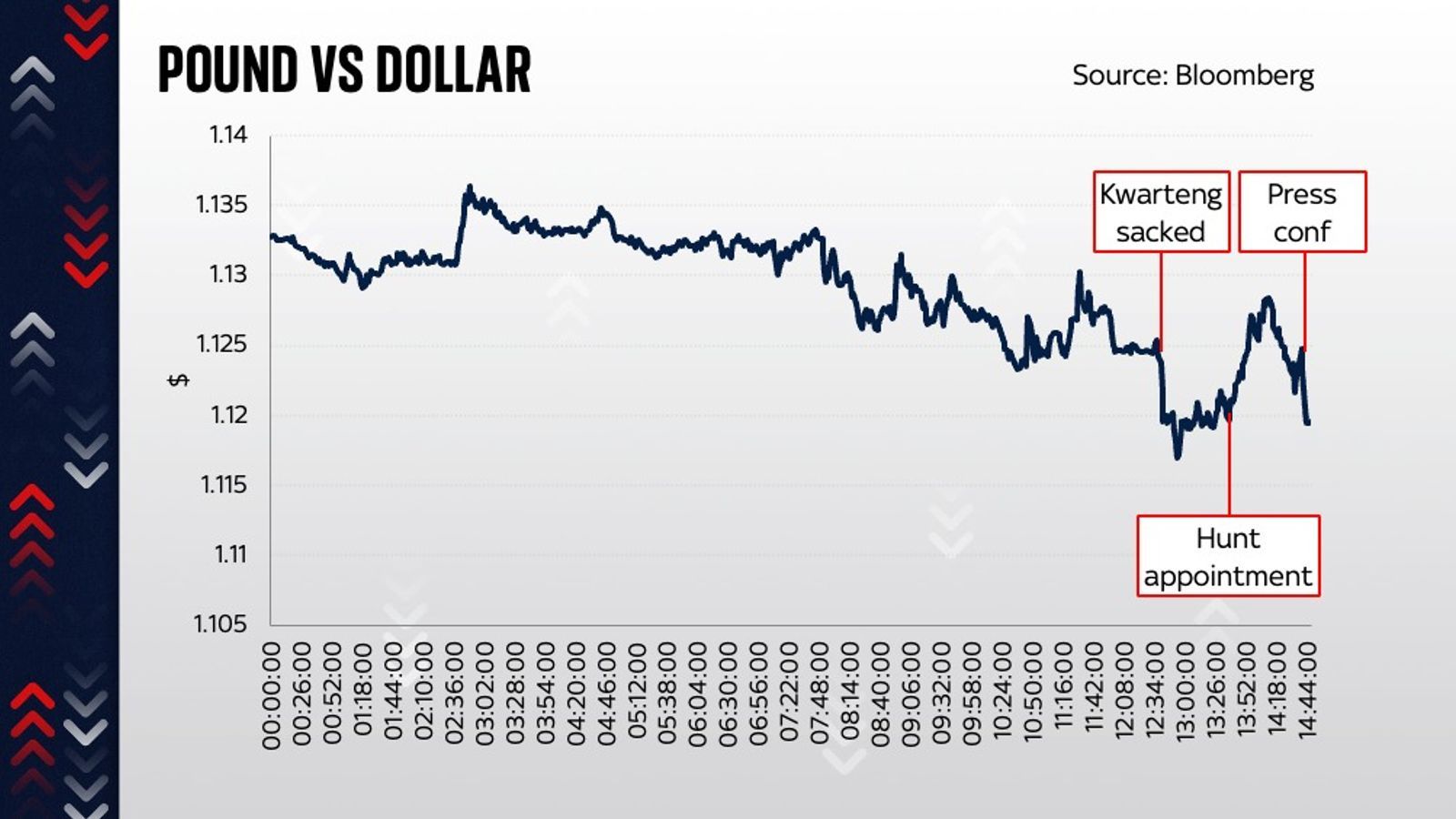 Overall, however, sterling buys more US currency on Friday than at any point in the past seven days. On Friday afternoon £1 bought $1.12.

Markets are now also betting the Bank of England's base interest rate, which determines the cost of borrowing in the UK, is going to be lower than had been expected earlier this week.

A rate of 5.25% is now forecast, the lowest rate forecast since the money budget and a large drop from the 5.75% that was priced by UK money markets on Thursday.

That reduction is likely to reduce mortgage rates which had steadily risen since the mini-budget announcement as lenders pulled mortgage products from the market amid uncertainty over how much the Bank of England would raise rates.

On Friday morning, there were 3,112 mortgage products on the market, still lower than before the mini-budget was announced, but an increase from the 10-year low of 2,258 mortgages available on 1 October.

Mortgage rates had risen significantly since the mini-budget date on 23 September.