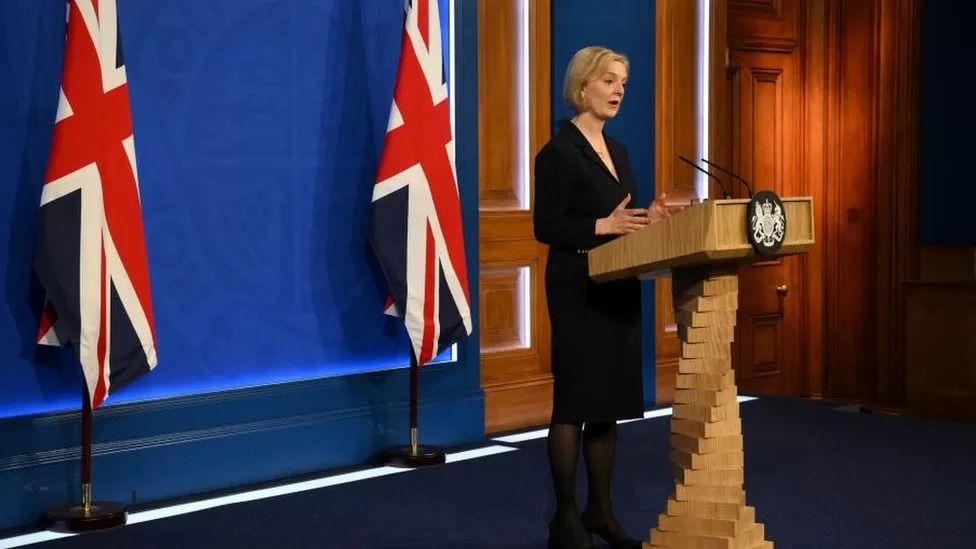 Many Tory MPs are doom-laden - what will they do next?

Credibility is one of the most prized assets in politics.
When it drains away, dredging it back is difficult, often impossible.

The mood among Conservative MPs is bleak, doom-laden, fatalistic.

Most I speak to are convinced the last month and a bit means losing the next election is a near certainty.

It's now about minimising their losses, they fear.

This pessimism - justified or otherwise - could help to shape the psychology of what happens next, how they act.

In the short term, their focus this weekend will be on the performance of the new chancellor, Jeremy Hunt, who is talking to BBC Breakfast and Radio 4's Today Programme among others, and will then spend his time in the Treasury meeting officials and being briefed on the job ahead.

Just imagine the mugging up he has to do.

In a fortnight, he'll be the front man for the government's economic statement that could determine whether we end up with another new prime minister before Christmas.

He is steeped in Conservative politics, has held high office and is widely seen within the party as a decent bloke.

He also backed Rishi Sunak for the leadership and is now in a massive job in the Truss administration, which didn't exactly initially go out of its way to hire those who'd backed her opponent.

Meanwhile, in the WhatsApp groups and on the phones, in the corridors and the bars, the chatter among Tory MPs about what to do next is everywhere.

For all the noise you'll have heard about, remember this: there are those who say, hang on a minute, Liz Truss must be given time. Ousting her would be a ridiculous. And a "coronation", as one described it - the party at Westminster stitching things up behind their chosen one - would be wrong, undemocratic and literally incredible.

It seems to me that after the party conference, while many, many Conservative MPs were in the doldrums about Liz Truss, plenty felt it would look absurd if they were to move against her.

Now, many still accept that, but are concluding absurdity might be better than the alternative.

Among those who think a change will become necessary, there is widespread acceptance the party couldn't "spend months faffing about" over it as one put it to me - in other words asking party members all over the country what they think, as happened in the summer.

Which brings us back to that idea of a "coronation".

Some take issue with that word, because they say it wouldn't be that - any new leader would have to command the support of the parliamentary party.

But what would have to happen is the party being willing to coalesce around a single figure, supported by a wider team representing the party's different wings - a Conservative government of all the talents, if you like.

Some are sceptical that can happen.

"You've got to remember that some of my colleagues are so ambitious, even inheriting dust is something they'd want to do", says one backbencher about the landscape Liz Truss's successor would inherit, and the difficulty of persuading plenty of fellow Conservatives to turn off their aspiration gene.

So how might a party far from united unite around a single candidate, and who might they be?

Well, there is Rishi Sunak, someone else who can call themselves a former chancellor, and the man Liz Truss beat for the leadership.

Then there is Penny Mordaunt, also beaten to the job in the summer by Liz Truss.

Penny Mordaunt is now in the cabinet.

And then there's a bloke you may just remember: Boris Johnson. What does he choose to say, or do, in the coming days, weeks, months? Does he stay quiet? Precedent suggests that's not his natural inclination. Does he endorse someone? Is it too soon for him to attempt some sort of comeback? Almost certainly. But who knows.

And that's the key point this weekend.

Liz Truss is in office, but far from in control.

No one knows what is going to happen next, how this will play out.
#Boris Johnson  #Johnson
Add Comment