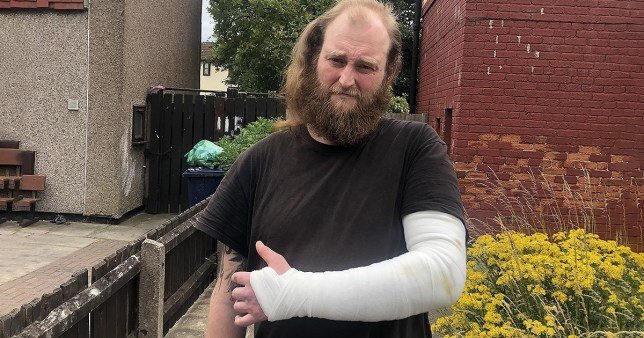 Stupid legal system and judges: Man who used hand sanitiser to set himself on fire in court is jailed

A mentally sick van driver who terrified court staff by dousing himself in hand sanitiser, setting himself ablaze and rushing towards a judge has been jailed for 18 months, instead of getting a medical treatment. You may call it rule of law, I call it rule of evilness and stupidity. Sick people need doctors, not jail, and idiots need jail, not tax payers salary.

Kamil Kalwarski, 38, from Middlesbrough, was enraged after being taken to court for breaching a restraining order banning him from contacting his ex-lover.

He had previously threatened to set fire to judges’ eyes before he staged his protest at Teesside Magistrates’ Court in July, during which a clerk was knocked to the ground.

As he allegedly warned staff he would set himself ablaze, hand sanitiser was removed from the courtroom for his hearing.

But the Polish national managed to sneak in a lighter and his own anti-bacterial gel, which he poured all over himself and set on fire.

Kalwarski staggered towards District Judge Timothy Capstick and pushed court clerk Wendy Brown to the floor in the process.

She later said she had never seen anything as shocking in 34 years in her job. 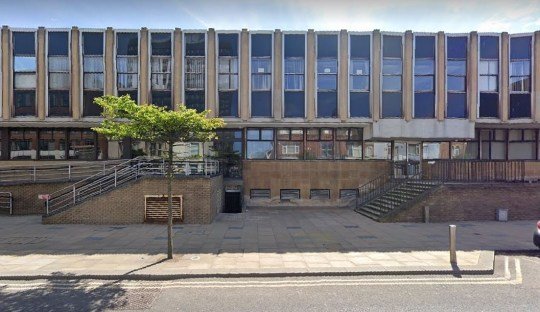 Staff at Teesside Magistrates’ Court were terrified by the protest

Two police officers were already in the courtroom because of the defendant’s threats and managed to wrestle him to the floor before he could get to the judge.

The defendant was taken to hospital and allowed home that same day, MailOnline reports.

Afterwards, he said: ‘This was the only way I could think of getting people to listen to me.

‘I told them what I would do and I did it. I was only intending to harm myself – I did not want anyone else to be hurt in any way.

‘I don’t think I have been fairly treated by the courts and I wanted people to pay attention to what I have been through. The burns are painful of course but I don’t regret doing it at all.’

Kalwarski was left with bandages on his left arm, with burns on his left ear and with some of his hair burnt off.

He was arrested again on August 12 after an Army bomb disposal team were called to his home, leading to a six hour standoff with police.

He was jailed for 18 months by Judge Paul Watson QC at Teeside Crown Court, after admitting to a range of offences relating to the fire incident, as well as malicious communications offences and repeatedly breaching a non-molestation order.

Paul Abrahams, prosecuting, said the Grangetown father-of-two’s relationship with his wife had broken down and she was granted a non-molestation order last year which Kalwarski repeatedly broke, posting pictures taken near her home on social media and contacting her on Facebook.

In July he sent threatening emails to the magistrates’ court, saying in one he ‘was going to set fire to the eyes of the judges’ before his appearance that month.

In a victim statement, District Judge Capstick said he had not feared for his own safety due to the layout of the court, but he was concerned for the court staff.

Defender Steven Reed said his client never aimed to hurt anyone else, only himself, and he had written to Mrs Brown to apologise.

He was said to be suffering an adjustment disorder at the time – a recognised mental health issue – caused by his sense of loss and a perception of injustice.

Judge Watson said the courtroom incident was ‘an extraordinary and uncalled for outburst’ which must have been ‘terrifying’ for the clerk.

He added: ‘(It) must have been genuinely frightening for those who were present at the time. Fortunately you were wrestled to the floor and the small fire to your arm was put out.’

The judge imposed a two-year restraining order keeping Kalwarski away from his ex-partner.