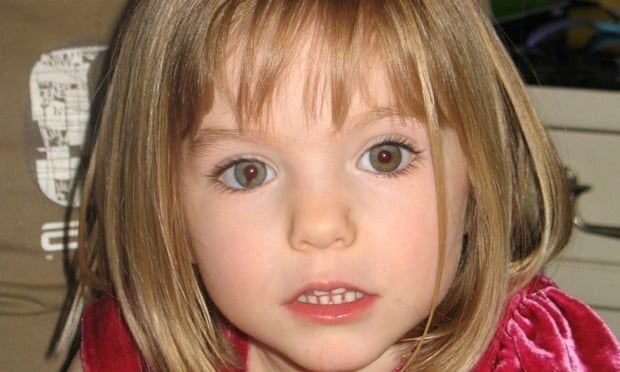 German police had previously said Christian Brueckner, 44, was probably responsible for toddler’s disappearance in 2007
A German man has been formally identified as a suspect in the disappearance of British toddler Madeleine McCann 15 years ago, Portuguese prosecutors have said.

Christian Brueckner, a convicted rapist, has been made an “arguido”, translated as “named suspect” or “formal suspect” who is treated by Portuguese police as more than a witness but has not been arrested or charged.

The German’s lawyer said that his client has not been charged over the case.

Prosecutors in Faro did not publicly name the man but said in a statement he was identified as a suspect by German authorities at their request.

The timing of the move could be related to Portugal’s 15-year statute of limitations for crimes with a maximum prison sentence of 10 years or more. Madeleine disappeared on 3 May 2007, while on holiday with her parents in Praia da Luz in Portugal.

It is the first time that Portuguese prosecutors have identified an official suspect in the case since Kate and Gerry McCann, Madeleine’s parents, were named suspects in 2007. They were later cleared.

Prosecutors said the investigation has been carried out with cooperation from British and German authorities.

The development could allow Brueckner to be extradited to Portugal for formal questioning.

The German newspaper Bild reported that his lawyer, Friedrich Fuelscher, said the Portuguese decision appeared to be a “procedural trick”.

German police said in June 2020 that Madeleine was assumed dead and that Brueckner, 44, was likely responsible for it. However, British officers continue to treat it as a missing persons case, and her parents “still hope” Madeleine is alive.

He is currently serving a sentence in Oldenburg prison, northern Germany, for raping a woman in 2005 in the same area of Portugal’s Algarve region where Madeleine went missing.

Brueckner, referred to as Christian B in Germany due to the country’s strict privacy laws, was found guilty in 2019 of raping a 72-year-old American woman and was sentenced to seven years in jail.

A federal court in Karlsruhe, south-west Germany, rejected an appeal against the conviction in November 2020.

Brueckner has denied being involved in the disappearance of Madeleine, who went missing from her family’s holiday apartment a few days before her fourth birthday, as her parents dined with friends at a nearby tapas bar. Her disappearance in Praia da Luz sparked one of the biggest searches of its kind in recent years.

Next month will mark 15 years since Madeleine disappeared.

Brueckner lived in the Algarve between 1995 and 2007 and burgled hotels and holiday flats, according to court documents seen by Reuters in 2020. He also falsified passports and was caught stealing diesel from a Portuguese harbour. Police are also examining whether he has any links to other child disappearances in the area.

Portugal’s judiciary police handed over documents with hundreds of names related to Madeleine’s case, including Brueckner, to British authorities in 2012. German police received their first tip-off linking the convicted rapist to Madeleine’s case in 2013.
Add Comment