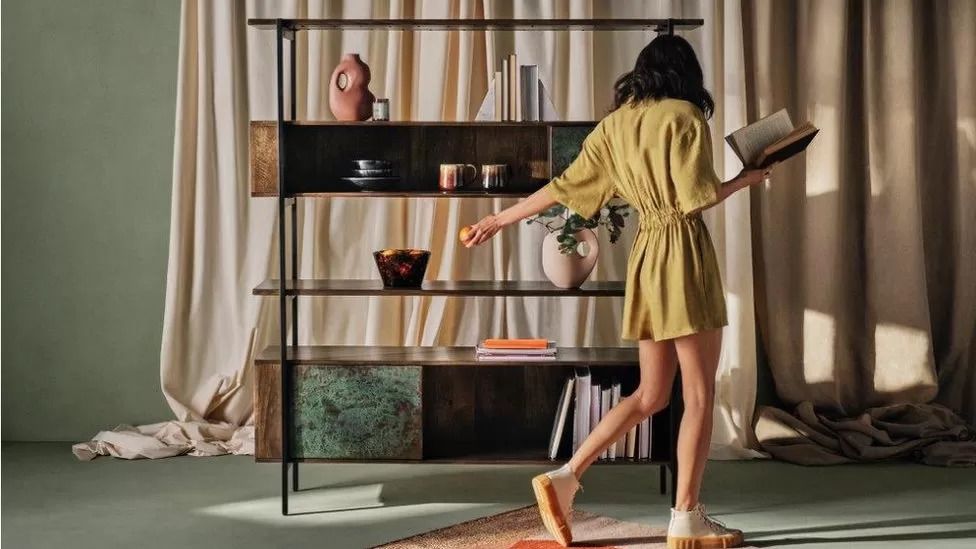 Made.com expected to go into administration this week

Online furniture retailer Made.com is set to go into administration on Monday or Tuesday after attempts to find a buyer failed.

Around 500 staff, most of them in the UK, are expected to lose their jobs.

Thousands of customers also face uncertainty over whether they will receive a refund for outstanding orders.

The fashion and furniture retailer Next is believed to be the frontrunner to buy the Made brand name.

Administrators from PwC are expected to oversee a sale of intellectual property associated with the collapsed firm after it formally enters administration.

Made.com announced its intention to appoint administrators last week and the formal legal process is expected to take place in coming days.

Made.com was set up in 2011 to offer affordable yet "high-end" furniture online and once said it wanted to be the "new Ikea".

The retailer, which sourced furniture directly from designers and manufacturers, gained a loyal base of mostly younger customers. During the pandemic lockdowns sales soared as people bought more furniture and other products online and it was valued at £775m when it was floated on the London Stock Exchange last year.

The firm announced in September that it was looking for an investor willing to keep the business trading.

It stopped taking new orders at the end of October and last week its shares were suspended after it warned it was running out of funds.

The firm's co-founder Brent Hoberman said last week that the business had got caught out holding "massive inventory at just the wrong time".

He said there were questions to be asked about how money raised by Made's stock exchange listing last year had been spent and whether enough attention had been paid to "potential risks".

In the last two weeks customers have complained that furniture ordered was not being delivered, and some were told their orders had been cancelled. Made posted a message on its website to say it was "truly, deeply sorry" for the situation.