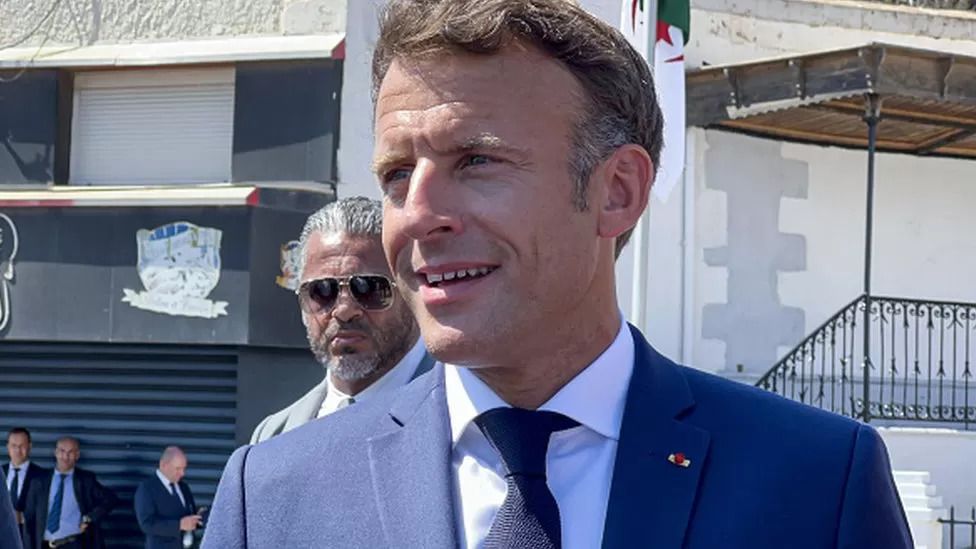 Emmanuel Macron has warned of "serious problems" for France-UK relations after the favourite to be the next British prime minister refused to say if the French president was "friend or foe".

Mr Macron reacted to remarks made by Foreign Secretary Liz Truss, who said the jury was out on the French leader.

Mr Macron insisted the UK remained an ally, despite the occasional error made by its leaders.

And Prime Minister Boris Johnson said Mr Macron was a "good buddy" of the UK.

Senior politicians have accused Ms Truss, who is the frontrunner in the contest to succeed Mr Johnson as prime minister next month, of damaging the UK's relationship with France, a close ally.

Relations between France and the UK - both key members of the Nato military alliance - have been rocky in recent years, particularly after the latter's departure from the European Union.

Ms Truss - the UK's top diplomat - was asked about French relations during a Conservative Party event, where she and her leadership rival, Rishi Sunak, took questions from party members.

She said "the jury was out" on whether Mr Macron was a friend or foe, and she would judge him on "deeds not words", prompting cheers and applause from the audience.

Her comments came at the end of the leadership event - known as a hustings - during a series of quickfire questions posed by the host.

When asked the same question, Mr Sunak said Mr Macron was a "friend".

Speaking to reporters during a visit to Algeria on Friday, Mr Macron was asked his views on Ms Truss's comments about him.

After a long pause, he said "it's never good to lose your bearings too much in life".

He said he would have given a similar response to Mr Sunak's, had he been asked the same question about the next leader of the UK.

"If, between us as French and British people, we aren't able to say if we're friends or foes - the term isn't neutral - we're heading towards serious problems," Mr Macron said.

He said the UK was "a friendly, strong, ally nation, regardless of its leaders, and sometimes in spite of and beyond its leaders, or any potential slip-ups they make when playing to the gallery." 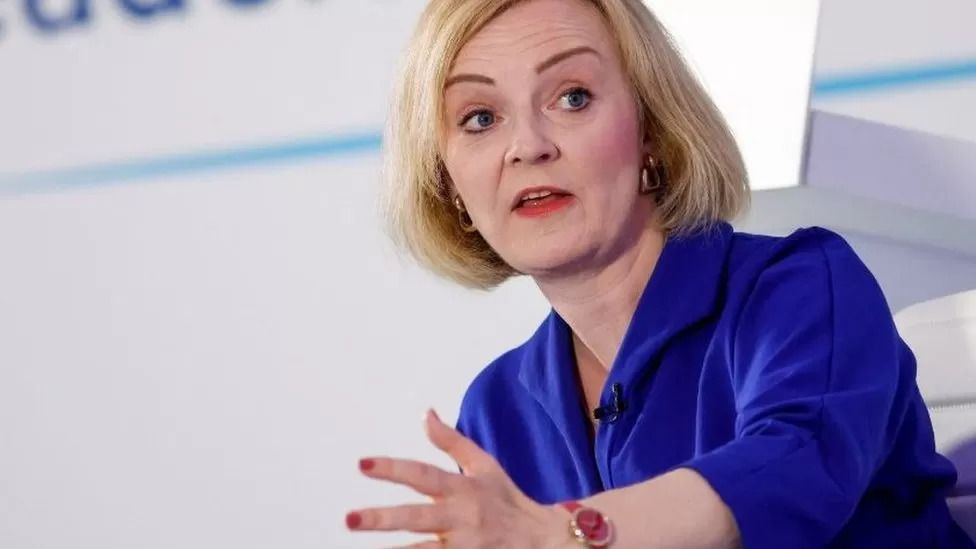 While he stressed the importance of the UK's close relationship with France, he suggested Ms Truss had made the comments with "a touch of humour".

But Nathalie Loiseau, a former French minister for European affairs and chairwoman of the European Parliament's EU-UK partnership assembly, did not appear to be amused.

Ms Loiseau tweeted to say Russian President Vladimir Putin was "the only one who can enjoy hearing this sort of comment".

Meanwhile Labour's David Lammy accused Ms Truss of "a woeful lack of judgement", saying she had insulted one of "Britain's closest allies".

One Conservative minister said Ms Truss's comments had "completely undermined our relationship with France", calling her a "faux Thatcher", a reference to the Eurosceptic former Tory prime minister.

In a tweet, former foreign minister Alistair Burt said Ms Truss had made a "serious error" and should have struck a more diplomatic tone.

Former Conservative minister Gavin Barwell also questioned Ms Truss's comment, saying: "You would have thought the foreign secretary was aware we are in a military alliance with France."

Ms Truss's comments have been picked up by French media, who have highlighted recent tensions between Paris and London.

The UK and France have clashed over several issues in recent years, including migrant boat crossings in the Channel, a military pact between Britain, the US and Australia, and Brexit measures involving Northern Ireland.

Mr Macron, who was re-elected for a second term earlier this year, has sometimes publicly criticised the Conservative government's approach.

The French president accused the prime minister of not being "serious" by making the call on Twitter, though they have since been pictured arm-in-arm at a G7 summit in Germany earlier this year. 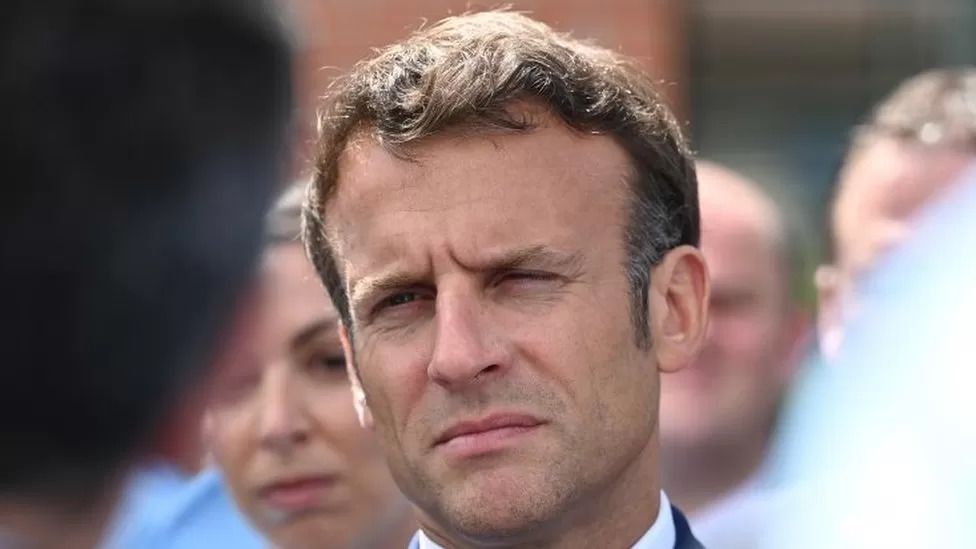 There's no denying the UK can have a complex relationship with France. From boat crossings in the Channel to ferry passport checks, there's been tension recently.

But as a close neighbour and a fellow Nato member, there are few in mainstream politics who would consider France anything but a strong ally. Especially at a time when western unity over the war in Ukraine is so important, and any division could be exploited by the likes of Russian leader Vladimir Putin.

While Ms Truss's comments did appear to go down well with the audience of Conservative members, she's still the foreign secretary - the UK's chief diplomat. And therefore what she says on international affairs really matters.

This won't be the end of the matter. Ms Truss will be asked about these comments again over the coming days.

What happens next will be watched carefully, on both sides of the Channel.