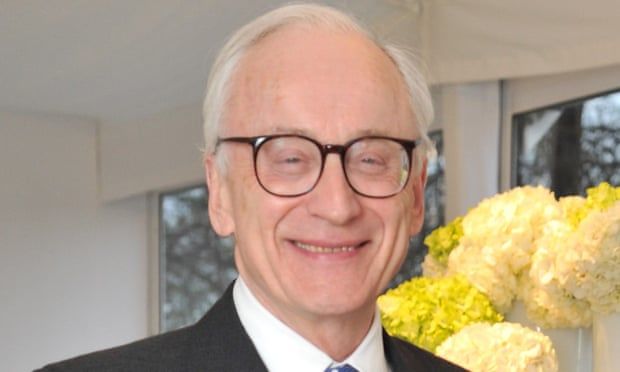 Peter Selwyn Gummer, Lord Chadlington, was a director of a group that owned a firm that won £50m of Covid contracts
The House of Lords standards commissioner has launched an investigation into a Conservative peer for potentially breaching financial conduct rules, relating to the award of £50m of government contracts for supplying PPE during the Covid pandemic.

Peter Selwyn Gummer, who has sat in the upper house as Lord Chadlington for 26 years, recommended to the government a company that was part of a group in which he was a director and shareholder.

Gummer’s fellow Tory peer, Lord Feldman, who was working for the Department of Health and Social Care as an unpaid adviser, referred SG Recruitment to the “VIP lane” for politically connected companies, and it was awarded two PPE contracts.

The first, for £23.9m, awarded in April 2020, was for the supply of coveralls; the second, for £26.1m to supply hand sanitiser, was awarded the following month. At the time, Gummer was a director and shareholder of the parent company, Sumner Group Holdings. Earlier this month he updated his Lords register of interests to state that he ceased to be a director of the company in July 2021 but he remains a shareholder.

SG Recruitment was a small company before the pandemic, which worked to recruit nurses and other healthcare professionals to the NHS. The award of £50m of PPE contracts appears to have transformed its financial fortunes; in the year to 31 March 2020 the company turned over less than £500,000.

The Lords standards watchdog announced on Tuesday that Gummer is under investigation for “alleged involvement in procuring contracts for SG Recruitment UK”, leading to potential breaches of two rules in peers’ code of conduct. The first prohibits peers from seeking to profit due to their membership of the Lords “by accepting or agreeing to accept payment or other incentive or reward in return for providing parliamentary advice or services”. The second states that peers “must not seek by parliamentary means to confer exclusive benefit” on a company in which they have a financial interest. These prohibitions include a bar against peers “making use of their position to lobby … members of either House, ministers or officials”.

Gummer is the second Tory peer to face investigation for potential breaches of the rules, following the investigation announced in January into Michelle Mone. She made an offer for the supply of PPE, first to Michael Gove, then to another Tory peer, Theodore Agnew – who was then a Cabinet Office minister in charge of procurement – that led to a company being awarded £203m of contracts via the VIP lane. That company, PPE Medpro Ltd, is now also subject to a National Crime Agency investigation into potential fraud. Lady Mone has consistently denied involvement in the company and any wrongdoing.

The Labour peer George Foulkes, who submitted a complaint to the commissioner relating to Mone, also made the complaint about Gummer.

An analysis by the National Audit Office found that companies referred to the VIP lane, after a recommendation by MPs, peers, ministers or health officials, had a 10 times greater success rate for being awarded contracts than those without VIP treatment. Following a challenge by the Good Law Project, the VIP lane was ruled unlawful in January, because it meant companies did not receive equal treatment by the government.