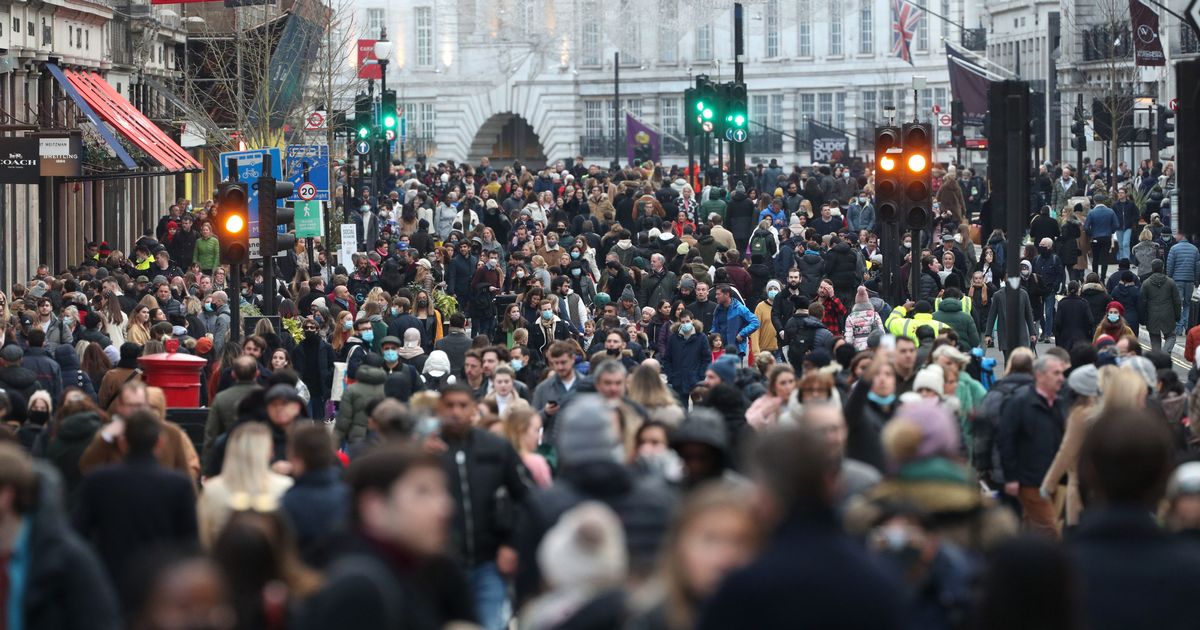 London is set to be put into Tier 3 lockdown just days before Christmas, according to reports.

Multiple reports on Thursday afternoon (December 10) reported that MPs had been briefed in a meeting with Health minister Helen Whateley.

One told Pippa Crerar, Political Editor of The Mirror : “It feels like they’re preparing us for Tier 3 decision. Decision taken on 16th, published on 17th & implemented on 19th. Data pointing that way..”

Health Secretary Matt Hancock was asked during a Downing Street press conference when a decision might be published on London going into Tier 3, and he said the current Tiers would be reviewed on December 16.

But the reports from various political correspondents suggest that a decision on London's fate has essentially already been made.

It comes as the infection rate in the capital continues to accelerate - in contrast to many other regions in England.

The latest data published on Thursday showed there were 191.2 cases per 100,000 residents over the 7 days to December 5 - higher than some Tier 3 areas.

There were also 4,144 new infections announced in the capital and 210 more Londoners admitted to hospital, out of 1,582 being treated in total.

Above the current Tier 2 rules, Tier 3 would mean;

* Indoor entertainment venues would have to shut and people would be advised to avoid travelling out of London, other than "where necessary for work, education, youth services, medical attention, or caring responsibilities".

* No overnight stays would be allowed outside of London, except when necessary for work or education.

* Wedding receptions, currently limited to 15 guests in Tier 2, would also be banned in Tier 3.

* No fans would be allowed into football matches in London - in Tier 2, a maximum capacity of 2,000 or 50 per cent of the stadium capacity - whichever is smaller - has been permitted.

The news is not expected to affect the relaxation of lockdown rules from December 23 where people will be allowed to form Christmas bubbles.

But the fact that London looks all but certain to be put in Tier 3 lockdown right before Christmas has been met with dismay by business representatives in the capital.

Michael Lassman, London chair of the Federation of Small Businesses said he was “extremely disappointed” that London looks likely to get tougher restrictions:

“Many pubs, hotels, restaurants and other related industries will be hard hit by these measures if it happens and will struggle to make it through to the New Year; these firms in particular will need targeted support that is proportionate to the costs facing these businesses.

“We urge consumers to continue to shop where possible with small firms, online and in person, and find supportive ways to help these businesses get through these extremely challenging times.”

The news comes as Mr Hancock announced that mass testing would be carried out on secondary school pupils in London in the coming days.

He told a national briefing that mobile testing units were “ready to roll” into London, with focus initially in the areas of high infection rates, particularly in North East London.

Havering has the capital’s highest infection rate, with a total of 379.5 cases per 100,000 residents over the past 7 days, enough to put it in the 10 worst-hit local authority areas in the country.

Hancock also said the mobile testing units in London would be using the PCR tests, which must be sent away to a lab for results, but tend to have fewer false negatives than the lateral flow ‘blow tests’ which were used for mass testing in Liverpool.