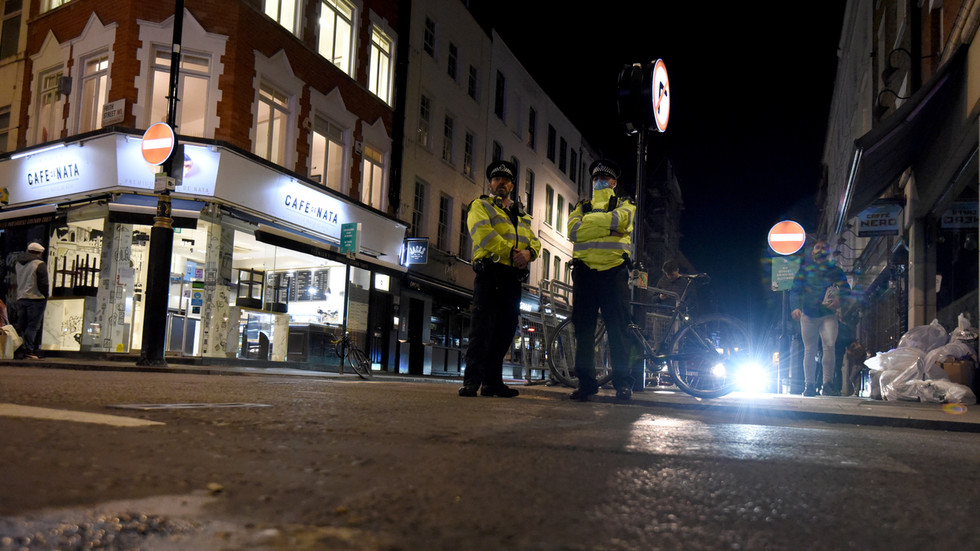 London police officer shot dead by man being detained at station, attacker then turned gun on himself

An officer has been shot dead inside a police station in Croydon after their colleagues failed to find a gun hidden on a recently-arrested suspect, who then attempted to take their own life.

The incident happened at approximately 02:15 local time at the Croydon Custody Centre in Windmill Lane. The 23-year-old suspect had been arrested moments prior to the shooting, reportedly for possession of ammunition after he was seen acting suspiciously in Croydon town center.

The stricken officer was treated by colleagues and paramedics at the scene before he was transferred via air ambulance to the hospital where he died a short time later.

The suspect turned the gun on himself and remains in critical condition in hospital. A murder investigation has been launched. According to the Met police, no police firearms were used during the incident.

One of our police officers has sadly died after being shot by a man who was being detained in police custody in early this morning in Croydon.

Officers are in the process of informing members of the officer’s family.https://t.co/cJryos3UQN

“This is a truly shocking incident in which one of our colleagues has lost his life in the most tragic circumstances. My heart goes out to his family, direct colleagues and friends,” Metropolitan Police Commissioner Cressida Dick said in a statement.

“When a colleague dies in the line of duty the shockwaves and sadness reverberates throughout the Met and our communities,” she added.

The Independent Office for Police Conduct has also launched a separate investigation into the circumstances of the incident.

“I am deeply shocked and saddened to learn that a Metropolitan Police Officer has been shot and killed in the line of duty,” Home Secretary Priti Patel said of the incident, while offering her condolences to the officer’s family and colleagues.

“This is a sad day for our country and another terrible reminder of how our police officers put themselves in danger each and every day to keep the rest of us safe.”