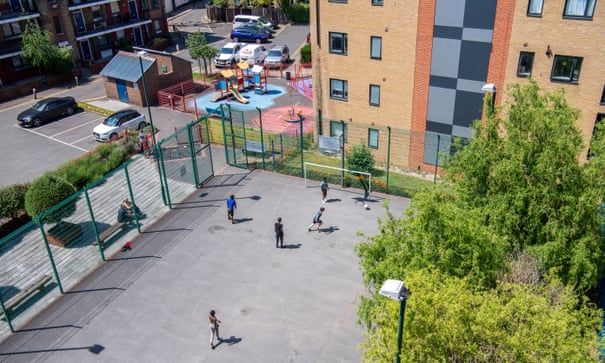 Councils in London are facing resistance over plans to build homes on children’s play spaces in inner-city estates.

Housebuilding plans are being drawn up across the capital in an attempt to reduce housing waiting lists. Southwark council alone aims to build 11,000 homes for social rent by 2043 and is looking for “under-utilised space” on existing estates. But residents say vital community spaces are being sacrificed.

Southwark is proposing a six-storey block of homes for social rent on the site of a football cage at the centre of the Elim estate in Bermondsey. Daniel Kanu, the head of the residents’ association and a football coach, says most local people oppose the plans.

“My own boy Philip started playing in this cage and now he plays for an academy,” he said. “The council are offering us a smaller indoor hall; kids need the outdoors. The beauty is you see your kids out of the window. There is knife crime, gun crime round here – parents don’t want their children on parks or out of sight. They are also offering to improve play spaces locally for four-, five-year-olds. When these kids grow up, where will they play?”

The planning application states that the hall will be available for “affordable” hire and could be used for “badminton … family parties, community activities”.

Kanu said: “Who will gatekeep a hall that has to be booked?” He and other residents groups locally are asking the council to pause the development. 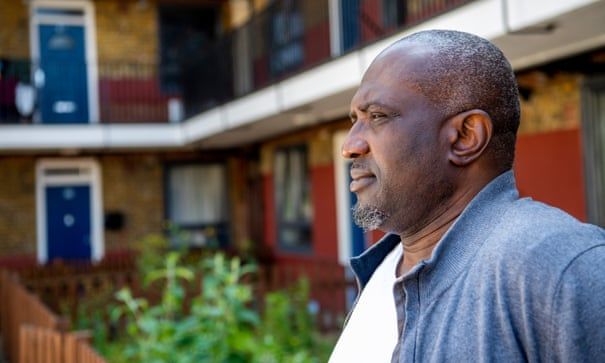 Daniel Kanu on the Elim estate.

The practice of “infill” building, where councils and developers look for space to build new homes on existing estates, is seen in the housing industry as a key way of finding space in densely packed cities. Last week the housing charity Shelter called on the government to build 90,000 new social homes.

But in several areas of London, councils are facing protests. At Bells Gardens in Peckham, banners hang on the football cage saying: “Save our ball court”.

Proposals for the site promise 65 new council homes and “improved amenity space” including a revamped community hall and gardens. The play strategy promises newly designed play areas but says they will be “primarily for younger children”.

Amanda Johannson, a local resident who has been sitting on council-led consultation groups, says the plans will not meet the needs of teenagers, and infill cannot be seen as a simple answer to the housing crisis.

“Please don’t talk to us about housing need. We know this. It is our community that has poor housing,” Johannson said. “But 11,000 new homes is not a net figure, we are losing homes each year, partly through right to buy. Green space is finite, when it’s gone it’s gone – where will they build then?”

Stephanie Cryan, the cabinet member for council homes and homelessness at Southwark council, stressed the challenges they face. “Demand for new council homes in Southwark far outstrips our current stock, with over 15,000 households on our housing waiting list,” she said.

“As a densely populated inner London borough, we have to consider every potential new housing site, including on existing estates. With every opportunity, we consult with residents to ensure any plans for new homes meets their needs.” 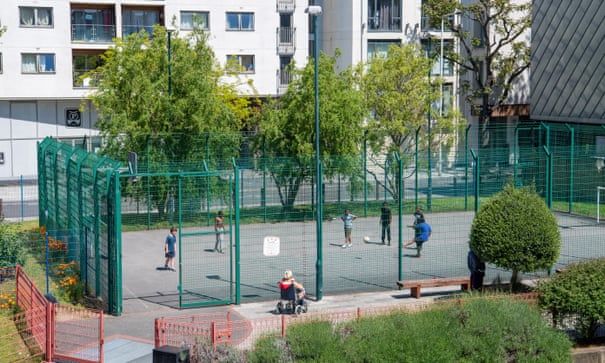 The beauty is you see your kids out of the window’: Long Lane ball court and garden on the Elim estate.

She said plans for Bells Garden and Elim estate would take the needs of all ages into account and offer plenty of creative play space.

Helen Kinsey, who helped challenge the development – which could still go ahead – said: “The judicial review was on procedural issues but our original complaints were linked to loss of children’s play space. The trees used for hide and seek were to be felled and the green built on. The New London Plan says there must be 10 sq metres of space per child on an estate. My question is: what is the quality of that space?

“I am incredulous that local councils all over London are proposing, and getting away, with this devastation. Building social housing is imperative but the current quick fix, ‘pack as many as possible into the smallest amount of space’, will backfire.”

Lewisham’s cabinet member for housing, Paul Bell, said: “Mais House is to be 100% social housing and would have created new play space. We were disappointed in the high court decision on a minor procedural issue and hope to return it to planning soon.”