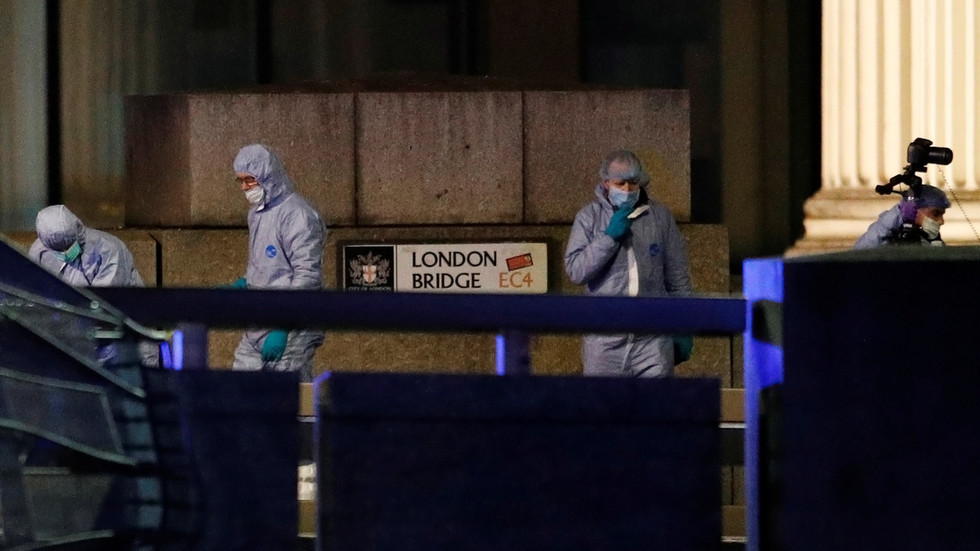 The man behind the London Bridge stabbing rampage had spent time in jail for an “Islamist terrorism-related offence,” UK newspapers reported, as PM Boris Johnson has called for stricter jail terms for offenders.

The attacker was released from prison on probation, about a year ago, agreeing to wear an electronic monitoring tag as part of his bail terms, the Times and Sky News reported independently, citing government sources. The Ministry of Justice has ordered a review of his case, but authorities are yet to reveal his identity or share details of the crime he served time for.

Moments before the attack, in an ironic twist of events, he was thought to be due to share his story of “prisoner rehabilitation” at an event sponsored by Cambridge University. One bystander said that other ex-convicts attending the event rushed to restrain the assailant, one of them brandishing a narwhal tusk he pulled off the wall of the venue.

This is unbelievable. The Jihadi shot dead on #LondonBridge was not only a convicted terrorist who had been released on a tag but he was a guest of a Cambridge University sponsored conference in London today on “prisoner rehabilitation”. You just couldn’t make this stuff up! 😱 pic.twitter.com/40oO2JZHXY

Two people were killed and several others injured in the attack, which took place on the London Bridge on Friday afternoon. After a scuffle with police the suspect – who wore a fake suicide vest and was believed to have a gun – was shot and killed. It has been deemed a “terrorist incident.”

Calling the attack “heartbreaking,” Prime Minister Boris Johnson said it was a “mistake to allow serious and violent criminals to come out of prison early,” adding that the courts must enforce the “appropriate sentences” for terrorists and other dangerous felons.

While police have yet to identify any other suspects or accomplices, London police commissioner Cressida Dick said authorities were “working at full-tilt to understand exactly what has happened and whether anyone else was involved.”