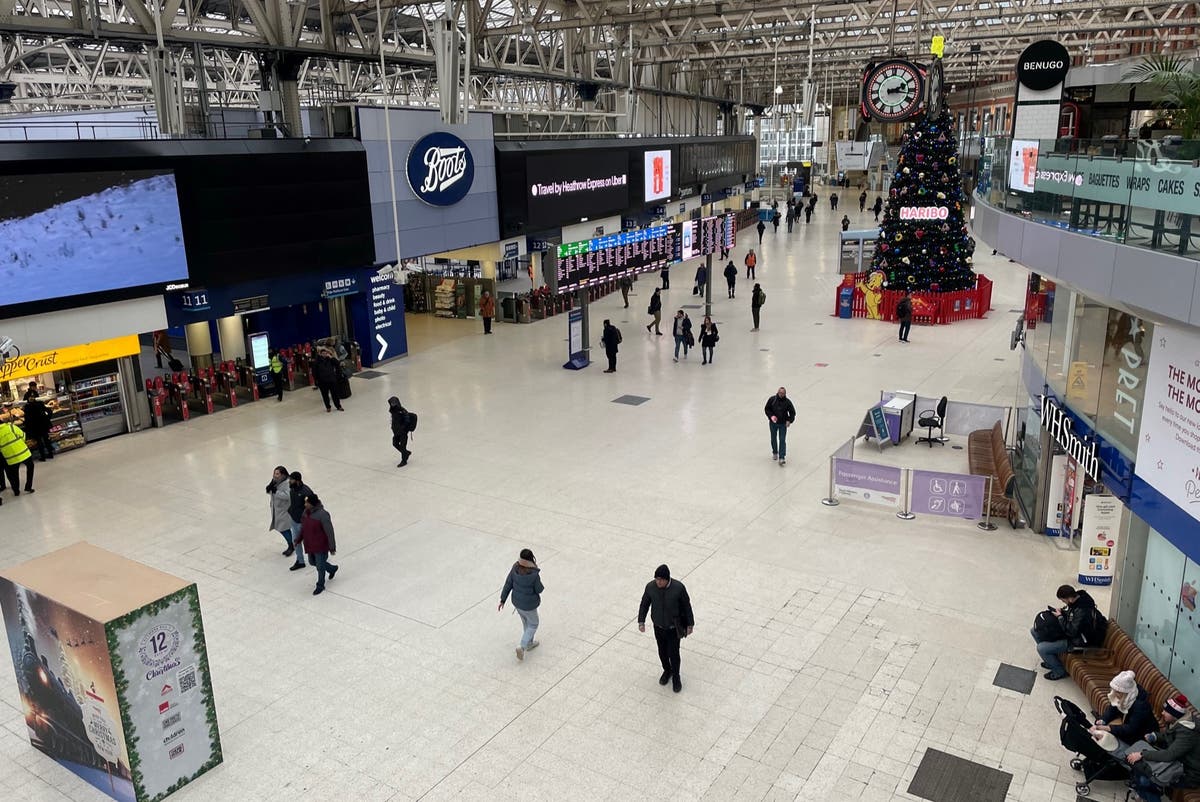 Londoners are set for more severe disruption on the rail network on Wednesday with the second day of a 48 hour strike which caused misery for commuters on Tuesday.

Around half of trains nationally did not run as the strike began on Tuesday while the same impact is expected on Wednesday as around 40,000 members of the RMT union at Network Rail and 14 train companies walk out as part of a long-running row over jobs, pay and conditions.

Network Rail said only about 20 per cent of services were running on Tuesday where trains did run— 4,000 rather than 20,000 trains. Southeastern had no trains in or out of Charing Cross or Victoria.

South Western Railway was only able to run four of its routes into Waterloo, and at reduced frequencies.

There was widespread impact elsewhere and similar disruption is expected on Wednesday.

Figures from location technology firm TomTom showed the level of road congestion in London was considerably higher than the same time last week as people were forced to take to the roads in icy conditions.

It comes as union leader Mick Lynch said that while he continues to be an “optimist” there is currently “no deal in sight” as the country faces a month of rail disruption.

The RMT is pressing ahead with another 48-hour strikes from Friday, with an overtime ban and more walkouts in January meaning disruption is set to continue into the new year.

Mr Lynch apologised for the disruption caused to members of the public and hospitality businesses but pointed out that many people affected will be facing similar problems in their jobs.

Asked if the public can expect more strikes in 2023, he said: “Well, we hope not. We want to get a deal but at the moment, there is no deal in sight.

“So we’ve got the schedule down at the moment, which is running for the next four weeks.

“We will review that at the end of that if there’s no settlement on the table and we’ll decide what our next steps are, but at the moment there is no settlement to be had.”

UKHospitality boss Kate Nicholls said the latest series of strikes in the run up to Christmas “will no doubt be the toughest yet” as footfall in shopping streets across the capital and nationwide were severely reduced.

“Businesses, workers and our customers will feel the brunt of it, with lost business, disrupted travel and plans being cancelled,” she added.

Earlier Transport Secretary Mark Harper accused the RMT of wrecking Christmas for families, telling GB News: “These rail strikes are going to force some families to have another virtual Christmas. That is terrible when the unions have had a very reasonable pay offer.” 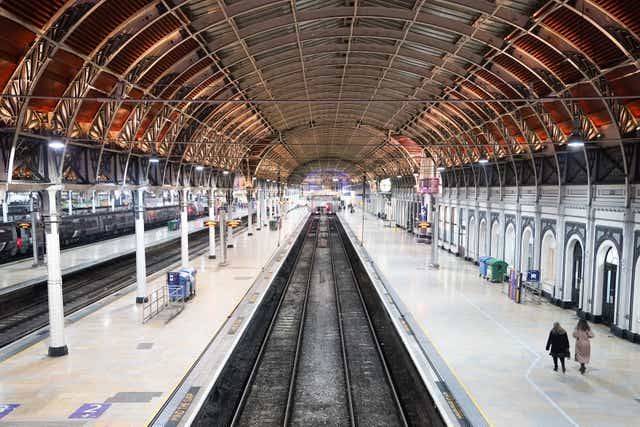 Network Rail chief executive Andrew Haines said it was “hard to see” a glimmer of hope in the negotiations.

Rishi Sunak told his Cabinet that the country faced a “challenging period” with a wave of industrial action over coming weeks.

The Prime Minister’s official spokesman said: “The Prime Minister opened Cabinet by saying the country is facing significant industrial action across a range of sectors this winter and that this will be a challenging period to get through.

“He added that the Government had been fair and reasonable in its approach to agreeing the independent pay review bodies’ recommendations for public sector pay rises and in facilitating further discussion with unions and employers.”

Network Rail had offered a 5% pay rise for this year - backdated to January - with another 4% at the start of 2023 and a guarantee of no compulsory job losses until January 2025.

The RMT said 64% of its members who voted rejected the proposal.

Mr Harper was repeatedly challenged on whether he had insisted on a condition requiring driver-only trains as part of an improved pay deal - something which the RMT is vehemently opposed to.

Mr Harper told Sky News: “Reform of the rail industry has been on the table from the very beginning.”

He added: “The detailed negotiations between the employers and the trade unions are between them. The overall amount of money available is something that I have to set, the detail is up to them.

“Driver-only trains are not a new thing. They have been running since the 1980s.”

Meanwhile, nurses in England, Wales and Northern Ireland are set to walk out in a row over pay on Thursday after talks with the Government broke down on Monday night.

Thousands of appointments are expected to be cancelled in the next few days.

Matthew Taylor, head of the NHS Confederation, said patients can expect a bank holiday-level of service in hospitals during the strike.

Physiotherapists in England and Wales have also voted to strike in their first ever ballot on pay.

The Chartered Society of Physiotherapy said 54% of its members voted in the ballot and of these, 84% voted yes to strike action. Some 18 NHS trusts are effected in London.

Industrial action is expected to take place early in the new year.

Midwives and maternity support workers in Wales who are members of the Royal College of Midwives have also voted to go on strike over pay.
Add Comment