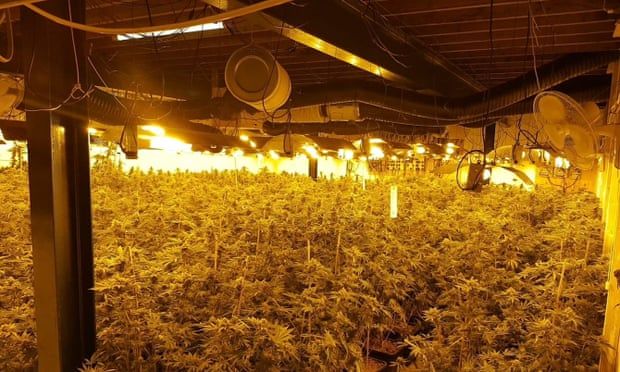 Cases of sexual exploitation, which includes people held captive in brothels and coerced into prostitution, rose by a quarter in 2020 compared with the previous year. Nearly a quarter of cases involved children.

Criminal exploitation, which includes forced shoplifting and forced begging, increased by 42%, with a fifth of potential victims said to be minors. Dozens of cases referred to drugs-related activity involving county lines gangs, where youngsters are used to transport narcotics and money.

Analysis from the annual assessment of the modern slavery helpline indicates that more children are involved in slavery than ever before.

The statistics, which incorporate data for every police area of the UK, are used to shed light on the dynamics and extent of modern slavery.

Last Tuesday, more than a dozen Romanian women were rescued by police during a series of raids in west London on an alleged sex-trafficking ring. Less than 24 hours later, 11 alleged members of a drug-dealing network were arrested for human trafficking and modern slavery offences in the south of the capital.

The earlier operation prompted a senior Metropolitan police detective to warn that the public may encounter victims of modern slavery every day, but without realising it.

Reports to the helpline, which is run by anti-slavery charity Unseen, indicated that Romanians make up the largest victim group, followed by people from China, Albania and England.

During the pandemic, a 95% increase in reports relating to modern slavery on cannabis farms were received, further proof that the UK drugs market remained buoyant.

In total, the helpline had almost 8,000 contacts from victims and professionals working in services such as the NHS last year. As a result, a potential 3,481 victims of modern slavery were identified, 10% of them children, up from 7% in 2019.

Justine Currell, executive director of Unseen and co-author of the assessment, said: “A year on from the first lockdown, the number of reports relating to sexual and criminal exploitation, and those involving children, is particularly alarming.”

She said that although lockdown made visibility of exploitation, such as people being forced to work in car washes and nail bars, less obvious, the data suggested that modern slavery was still thriving. Despite the difficulty of reaching victims, cases of sexual exploitation rose from 219 to 273 and cases of criminal exploitation increased from 179 to 254.

The helpline assessment will be launched on Wednesday by the UK’s independent anti-slavery commissioner, Sara Thornton, who said it was an “important alternative mechanism” for victims to seek help. Since its launch in 2016, the helpline has identified more than 20,000 potential victims of exploitation.

Currell added: “There is still a general lack of awareness of modern slavery, which could involve as many as 100,000 people in the UK alone.”

Separately, official figures reveal that more than 10,000 suspected victims of trafficking, slavery and forced labour were identified in the UK last year.

The latest Home Office statistics show a huge rise in people entering into the national referral mechanism, which supports victims of modern slavery. The most common nationalities it identified were people from the UK, Albania and Vietnam.
Add Comment