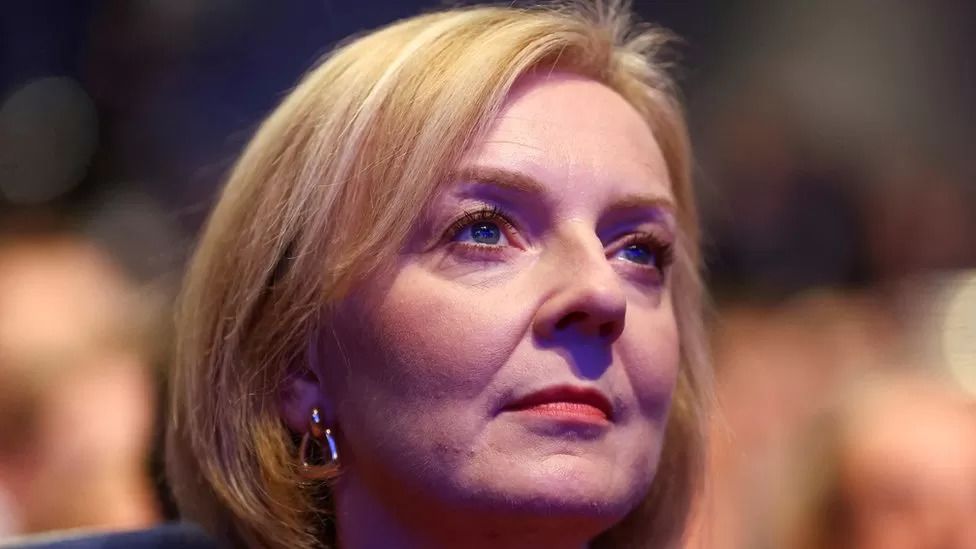 The Truss programme for government is dead. This is a hand-to-mouth government, living hour by hour.

If you pick up the hint of panic in the air, you're not the only one. Make that a stench. Anything apparently solid quickly becomes air.

Now, nearly every element of her prospectus has just been shredded by her new chancellor.

The statement that has just been delivered is the second yanking forward of an important economic moment for the country. Originally it was in the diary for November. Then Halloween. Now we've had it today.

"We will reverse almost all the tax measures" from the mini-budget, Jeremy Hunt said. What an extraordinary thing to hear.

Diaries are going out of fashion at Westminster but to be clear, there still will be a statement in a fortnight's time, alongside those numbers about the state of the economy from the Office for Budget Responsibility.

But so nervous are those in charge of the market reaction, that they dared not leave an announcement until mid-afternoon when he'll stand up in the Commons.

That's right - a government so petrified by the pace of events, dragging forward a statement by a fortnight isn't soon enough.

Not only has the planned cut in the basic rate of income tax been binned, so has the plan originally from Rishi Sunak to cut it in 2024.

The prime minister who promised to cut taxes by more than her rival over the summer, is now keeping them higher than he planned.

And even the flagship energy support package, the crutch upon which the prime minister has leant whenever asked a tricky question in the last few weeks, has shrivelled vastly.

It is now a six month package, not a two year one.

This is a ship where bits have already broken off and sunk, and where the navigation equipment - the very direction and purpose of this government - was ripped out and thrown into the sea with first the U-turns, then the ejection of a chancellor.

A ship where plenty of the crew are eyeing up the lifeboats, near certain the whole thing is going down soon enough.

"If polling suggests an alternative leader will lose fewer seats than she will, then she's had it," one MP not prone to exaggeration or shouting their mouth off tells me.

"Not many of us buy the idea that another leadership change is the worst case scenario. Nothing can be worse than where we are already," they said, adding "you can't sack your closest ally for carrying out your orders and call it pragmatism."

Yesterday Liz Truss invited Jeremy Hunt and his family to lunch at Chequers. He has gone from backbencher life on Friday morning to the prime minister's country retreat in Buckinghamshire 48 hours later for a three-hour meeting where I am told they were in "violent agreement".

Some in the Tory party see him as the real prime minister now, so enfeebled is the actual prime minister's authority. One source suggested they are working "in lockstep."

That's the very phrase they used to use about the bloke she blew out of the building on Friday lunchtime, the now former Chancellor Kwasi Kwarteng.

What we seem to be getting now is shock and awe in reverse - the Big Bang of radical policy ideas blitzed in one go, promised by Liz Truss when she took office - going backwards. Fast.

One source described today as a "down payment" on what the government is now promising.

Say whatever we can, as quickly as we can, to reassure the markets.

My sentence not theirs, but that's the thrust of it.

So in details terms, the focus today is tax. And the focus in a fortnight will be spending.

Even a chancellor moving as fast as this one can't negotiate detailed cuts across Whitehall over a single Sunday roast or whatever.

That discussion will start tomorrow in a cabinet meeting.

Remember: this is about two things: Restoring the government's financial credibility and propping Liz Truss up in office. 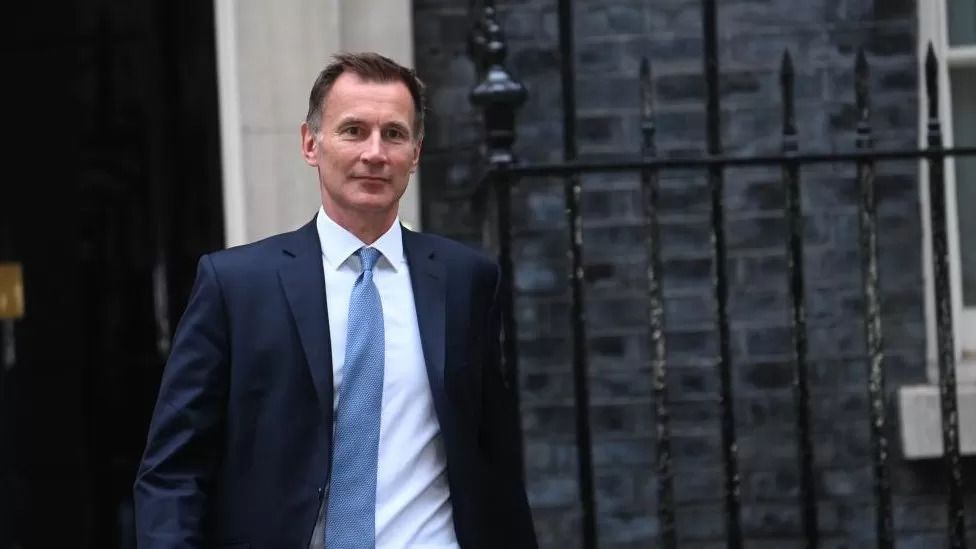 With things moving at such a breath-taking pace, here's how the rest of this afternoon shakes up:

Labour tried to haul the prime minister to the Commons to answer for what is going on. But she didn't turn up and instead sent Leader of the Commons Penny Mordaunt, putting back the chancellor's appearance by about an hour.

Liz Truss is meeting her backbenchers, offering to see them all this week. This evening, she is hosting what is being called a "reception" for her cabinet.

What on earth is a "reception" you might ask? Well, we have.

The gist of it seems to be trying to reassure her ministers and include them in forthcoming decisions - not least the government spending cuts to come, after they were frozen out of plans before the disastrous mini-budget.

I can bring you a little nugget about one of the things that set tongues wagging last week - that throwaway remark from the King when he met Liz Truss for their weekly audience at Buckingham Palace. You might recall that King Charles said "dear oh dear" as he exchanged small talk with the prime minister as she arrived.

Inevitably some couldn't help jump to the conclusion that he was somehow offering a commentary on the pickle she is in. I'm now told it was actually a nod of sympathy because of logistics - it was the prime minister's second visit to the Palace in a matter of hours.

The pace of her premiership, for all the wrong reasons from her point of view, shows no sign of slowing.