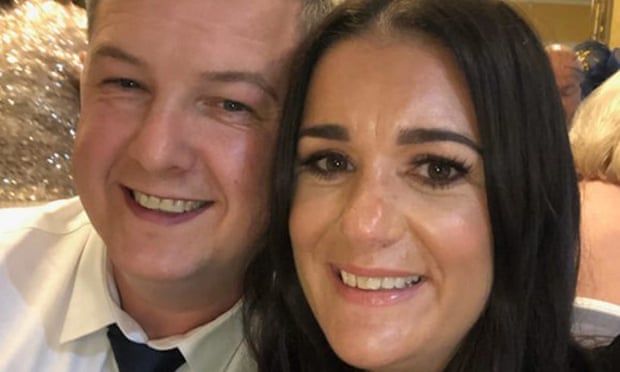 The taxi driver who survived the Liverpool terror attack said it is a “miracle that I’m alive” and expressed his relief “no one else was injured in such an evil act”.

David Perry was injured when he drove a passenger to Liverpool Women’s hospital on 14 November and a bomb was detonated shortly before 11am, engulfing the car in flames.

He managed to flee the car but the attacker, 32-year-old Emad al-Swealmeen, was killed in the blast – by an explosive device that police suspect was homemade and packed with ball bearings.

Perry, in a statement issued to police with his wife, Rachel, said: “I feel like it’s a miracle that I’m alive and so thankful that no one else was injured in such an evil act.”

He said it will take time to “come to terms with what’s happened” and focus on his mental and physical recovery. Perry urged the public to “please be kind, be vigilant and stay safe”.

It comes as an open letter from police and local political figures praised the public for not allowing the blast to “create discord, distrust and fear in our communities”, affirming Liverpool’s “proud heritage as a multicultural city”.

The letter praised people for uniting “in the face of adversity” and was published on behalf of Merseyside police chief constable, Serena Kennedy, the mayor of Liverpool, Joanne Anderson, Merseyside police and crime commissioner, Emily Spurrell, and the metro mayor, Steve Rotheram.

“The ultimate goal of terrorism is to create discord, distrust and fear in our communities, and whilst we know some people may be anxious and concerned we have seen people across Liverpool standing shoulder to shoulder,” the letter said.

“And that’s because Liverpool, which has a proud heritage as a multicultural city, and the wider Merseyside region always pull together at times like this and the pride of all our communities is there for all to see.”

The letter’s comments came after some politicians were accused of exploiting the attack for political gain.

Perry and his wife said they were “overwhelmed” by the outpouring of support and good wishes from the public, police, emergency responders and staff at Liverpool Women’s hospital and Aintree hospital. Perry has been discharged after medical treatment.

The statement came one week after the attack, following which the Joint Terrorism Analysis Centre raised the UK’s terror threat level from substantial to severe, meaning another attack is judged “highly likely”.

Police are investigating potential motives behind the bombing, such as connections to Remembrance Sunday and a nearby church service of about 1,200 people at Liverpool Cathedral.

Security services are also assessing whether the hospital was the intended target. Four men arrested under terrorism laws in the Kensington area of Liverpool have since been released from custody after interviews.

Swealmeen, born in Iraq, experienced mental health problems in the past. According to Elizabeth and Malcolm Hitchcott, a Christian couple in Liverpool who Swealmeen lived with for eight months, he had been sectioned under the Mental Health Act for six months.

He claimed asylum in the UK in 2014 but was rejected. Swealmeen converted to Christianity from Islam in 2017.