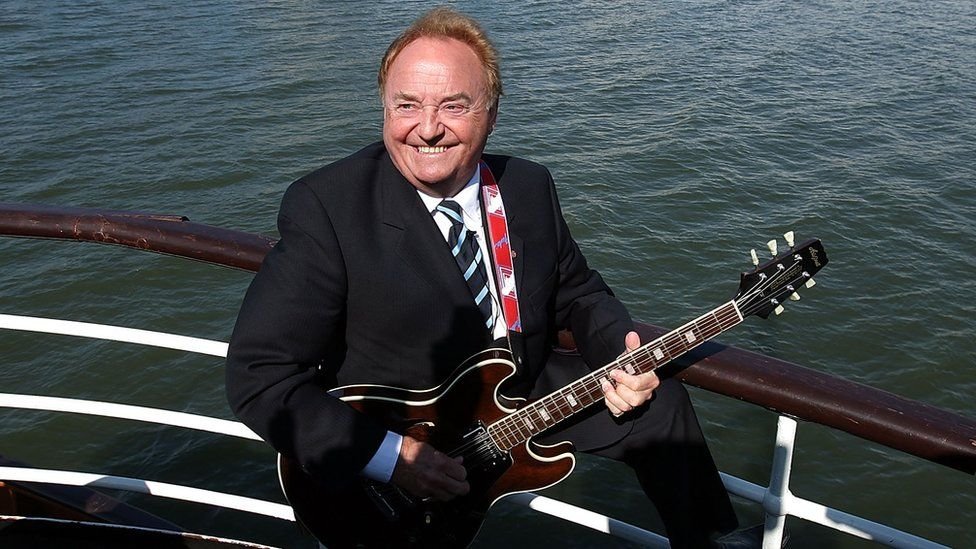 Gerry and the Pacemakers singer Gerry Marsden, whose version of You'll Never Walk Alone became a football terrace anthem for his hometown club of Liverpool, has died at the age of 78.

His family said he died on Sunday after a short illness not linked to Covid-19.

Marsden's band was one of the biggest success stories of the Merseybeat era, and in 1963 became the first to have their first three songs top the chart.

The band's other best known hit, Ferry Cross The Mersey, came in 1964.

It was written by Marsden himself as a tribute to his city, and reached number eight.

Marsden was made an MBE in 2003 for services to charity after supporting victims of the Hillsborough disaster.

At the time, he said he was "over the moon" to have received the honour, following his support for numerous charities across Merseyside and beyond.

Marsden's daughter, Yvette Marbeck, said he went into hospital on Boxing Day after tests showed he had a serious blood infection that had travelled to his heart.

Ms Marbeck told the PA news agency: "It was a very short illness and too quick to comprehend really."

He died in hospital, Ms Marbeck said, adding: "He was our dad, our hero, warm, funny and what you see is what you got."

Liverpool FC posted on social media that Marsden's words would "live on forever with us".

Gerry and the Pacemakers worked the same Liverpool club circuit as The Beatles in the 1960s and were signed by the Fab Four's manager Brian Epstein.

Epstein gave Marsden's group the song How Do You Do It, which had been turned down by The Beatles and Adam Faith, for their debut single.

Sir Paul McCartney described Gerry and the Pacemakers as The Beatles's "biggest rivals" on the Merseyside scene.

"I'll always remember you with a smile," Sir Paul said in his tribute to Marsden.

And the other surviving Beatle, Sir Ringo Starr, sent "peace and love" to Marsden's family in a tribute on Twitter.

While Marsden was a songwriter as well as a singer, his most enduring hit was actually a cover of a Rodgers and Hammerstein musical number from 1945, which he had to convince his bandmates to record as their third single.

In many interviews over the years, he explained how fate played a part in his band ever recording the song. He was watching a Laurel and Hardy movie at Liverpool's Odeon cinema in the early 1960s and, only because it was raining, he decided to stay for the second part of a double feature.

That turned out to be the film Carousel - which featured that song on its soundtrack - and Marsden was so moved by the lyrics that he became determined that it should become part of his band's repertoire. 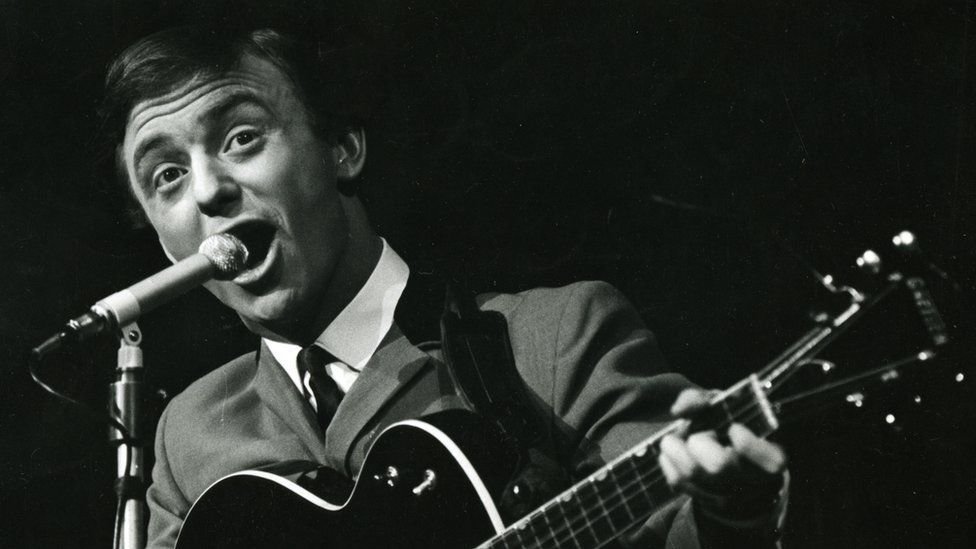 In a 2013 interview, Marsden told the Liverpool FC website how You'll Never Walk Alone was adopted by the club's fans as soon as it topped the chart in 1963: "I remember being at Anfield and before every kick off they used to play the top 10 from number 10 to number one, and so You'll Never Walk Alone was played before the match. I was at the game and the fans started singing it.

"When it went out of the top 10 they took the song off the playlist and then for the next match the Kop were shouting 'Where's our song?' So they had to put it back on.

"Now, every time I go to the game I still get goose pimples when the song comes on and I sing my head off."

Sir Kenny Dalglish, who managed Liverpool at the time of the Hillsborough tragedy, tweeted that he was "saddened" by the news of Marsden's death, and that You'll Never Walk Alone was an "integral part of Liverpool Football Club, and never more so than now".

Liverpool City Region Mayor Steve Rotheram posted a tribute on Twitter, saying he was "devastated" by the news.

Gerry was an entertainer. He loved being an entertainer; he loved people seeing him in the street and asking him for his autograph and the like.

He had a very distinctive voice, and that is terribly important. You knew instantly it was him on those records. He was best on those ballads.

I think he really did them very well indeed. You'll Never Walk Alone was a big show song that had been around for years and years, and lots of people had done it.

Just before Gerry brought his version out, Johnny Mathis brought his out. If that version had been played on the Kop, I don't think the Kop would have taken to it because you couldn't sing along with Johnny Mathis - he had too big a range and too perfect a voice.

But Gerry sounded like everyman and it was absolutely perfect for the Kop. I think it's the greatest football anthem of the lot.

As well as being a Liverpool anthem, You'll Never Walk Alone has also been adopted by fans at both Celtic in Scotland and Borussia Dortmund in Germany.

The club said on Twitter that Marsden was "not only a legend, but also a very good friend of The Cavern".

Gerry and The Pacemakers achieved nine hit singles and two hit albums between 1963 and 1965, before splitting up.

Marsden pursued a solo career before the band reformed in 1974 for a world tour.

In 1985, Marsden was back in the pop spotlight when he was invited to be one of the vocalists of a charity version of You'll Never Walk Alone, which was released to raise funds for victims of a fire at a Bradford City match.

In doing so, Marsden set another chart record by becoming the first person to sing on two different chart-topping versions of the same song.

So when, after the Hillsborough tragedy in 1989, the other Pacemakers classic of Ferry Cross The Mersey was chosen to raise funds for its victims and a group of famous Liverpudlian singers was gathered, Marsden was again included and was back at number one once more for a cause he held dear for the rest of his life.

Marsden was awarded the Freedom of Liverpool in April 2009, an occasion he marked by boarding a ferry across the Mersey and getting out his guitar to sing his famous hit which described the scene.