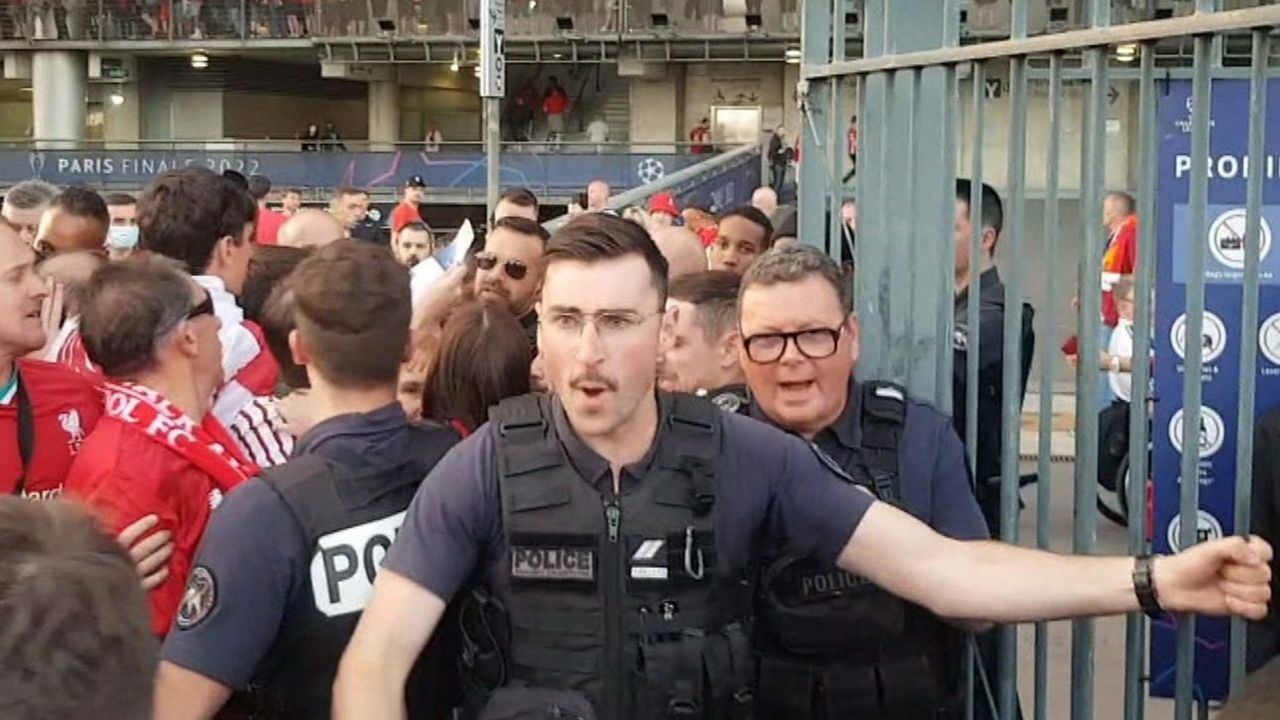 Liverpool fan hit with pepper spray: 'It was really scary'

Nick Parrott was among those trying to enter the Stade de France for the Champions League final.

A BBC reporter has described his experience of being among the crowds of Liverpool fans trying to enter the Stade de France on Saturday.

Nick Parrott was at the game in a personal capacity, but recorded videos as crowd problems started to emerge, and French police fired pepper spray and tear gas at some Liverpool fans.

France's sport minister Amelie Oudea-Castera has blamed a "mass gathering" of supporters with "fake tickets" for the chaos at the stadium - which she says was exacerbated by local youths trying to force their way in.