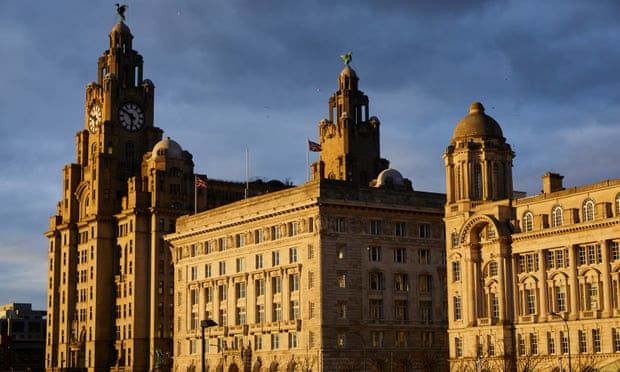 Liverpool council may have squandered up to £100m of public money

Multiple sources said Liverpool city council was thought to have lost out on tens of millions of pounds “at a conservative estimate” through questionable transactions over several years.

While the true cost to taxpayers may never be known, it is thought that in the region of £100m has been identified as “at risk” from the “serious breakdown of governance” uncovered by a government-commissioned inspection.

A report by Max Caller, a local government executive, found multiple failures at the local authority including the awarding of “dubious contracts”, a lack of record-keeping and “an environment of intimidation” in one of its main departments.

Robert Jenrick, the local government secretary, announced on Wednesday that a team of government commissioners would be drafted in to oversee large parts of the council’s responsibilities for at least three years in an unprecedented move given the size of the city.

Labour is to begin its own investigation into what went wrong at the council, which has been run by the party since 2010 in a city where Labour has dominated Westminster elections for decades. Jacqui Smith, a former Labour home secretary, is one of the figures tipped to lead the review although the appointment is thought to remain under discussion.

Paula Barker, the Labour MP for Liverpool Wavertree, said on Thursday the party had a “massive hill to climb” to rebuild the trust of Liverpudlians after Caller’s “incredibly hard-hitting” inspection.

“We’ve got to be big enough to own that,” she said. “If we expect any moral authority to call out alleged government corruption and cronyism, we’ve got to have the bravery and integrity to investigate it out in our own ranks.”

The Liverpool-born MP hit back at reports that the appointment of government commissioners was a Tory takeover, saying it was a council-led process working alongside a small group of commissioners who would have an advisory role.

The Caller report found that the son of the former Liverpool mayor Joe Anderson was handed a major council contract in a breach of regulations that put the safety of construction workers at risk.

The inspection said a firm run by David Anderson, 33, had “no previous relationship with the council” but was awarded a role on a £6.75m demolition project in 2019. It said Amey, the lead contractor on the project, was “given a direct instruction” to appoint Anderson’s firm despite alerting council officers that it had “no published highways experience”.

The report said the arrangement came to an end after four months at a cost of about £250,000, having originally been intended to last up to six weeks. It added: “Not only was this in contravention of the construction design management regulation but also this action exposed the site teams to considerable health and safety risk. It also increased the commercial risk to the council of budget overrun and additional compensation event claims.”

David Anderson described the allegations as “slanderous, unfounded, biased, tactical and politically motivated” and said the Caller report was “factually incorrect and damaging to the company”. He said his company, Safety Support Consultants, had not been invited to assist in Caller’s report or respond to the accusations.

Anderson was arrested along with his father and three other men in December in a police investigation into building and development contracts in the city. The pair deny any wrongdoing and remain under investigation.

In a statement on Wednesday night, Joe Anderson reiterated that he denies allegations of bribery and witness intimidation and said Liverpool had been transformed into a “northern powerhouse” in the 10 years he led the council.

He added: “Today’s headlines do not reflect the dramatic success that we have generated over the last 11 years. With success brings jealousy and I want to digest fully today’s report before commenting on specific details.”

The inspection team found 120 complaints had been made against councillors since 2015 but only one had resulted in a censure, while the vast majority had not been validated.

The report said many senior councillors flouted the code of conduct by not declaring gifts or hospitality on a register of interests. It noted that these registers were only updated from December, when the inspection was announced. The council’s ethics and standards committee last met in January 2012.
Add Comment