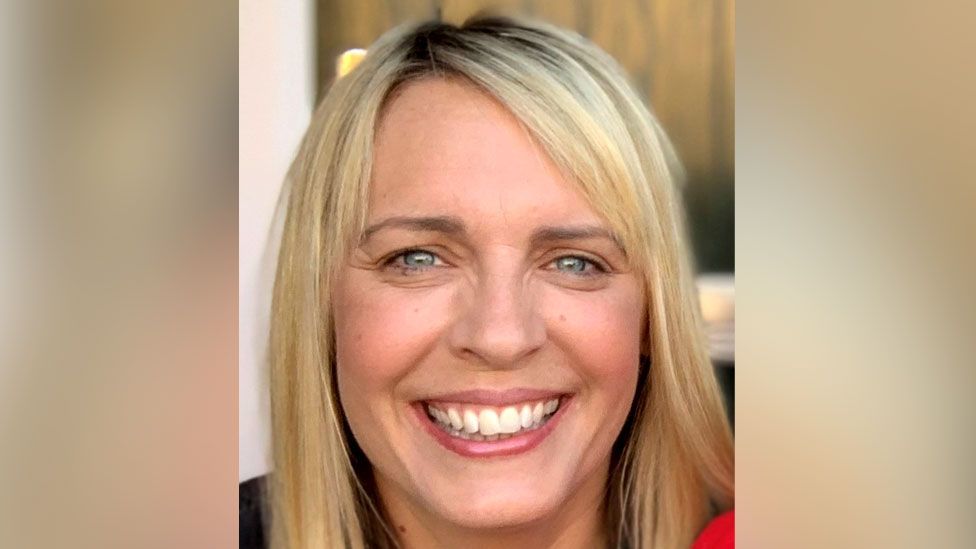 Lisa Shaw: Presenter's death due to complications of Covid vaccine

A radio presenter died due to complications from the AstraZeneca Covid-19 vaccine, a coroner has found.

Lisa Shaw, who worked for BBC Radio Newcastle, died at the age of 44 in May after developing headaches a week after getting her first dose of the vaccine.

The inquest heard the condition linked to the Oxford-AstraZeneca vaccine was very rare.

The coroner said: "Lisa died due to complications of an AstraZeneca Covid vaccination."

Ms Dilks said Ms Shaw was previously fit and well but concluded that it was "clearly established" that her death was due to a very rare "vaccine-induced thrombotic thrombocytopenia", a condition which leads to swelling and bleeding of the brain.

Ms Shaw, a mother of one from Consett, received her first dose of the vaccine on 29 April.

On 13 May she was taken by ambulance to University Hospital of North Durham after having a headache for several days.

In a statement, Dr John Holmes who treated her said she complained of having a "severe headache shooting and stabbing" across her forehead and behind her eyes.

Tests were carried out and blood clots were found in her brain, prompting her to be moved to the neurology specialist unit at Newcastle's Royal Victoria Infirmary (RVI).

The clots are considered extremely rare - there have been 417 reported cases and 72 deaths - after 24.8 million first doses and 23.9 million second doses of the AstraZeneca vaccine in the UK.

Dr Christopher Johnson, a consultant in anaesthetics and intensive care at the RVI, said Ms Shaw had been conscious for several days and had been treated for the clots with drugs which seemed to be successful.

'Do the same thing'

But on the evening of 16 May Ms Shaw said the headaches were worse and she had difficulty speaking.

Scans showed she had suffered a haemorrhage in the brain and after her condition deteriorated, part of her skull was removed to try and relieve the pressure inside her head.

Her condition continued to worsen and despite more surgery and treatments, she died on 21 May.

Dr Johnson said doctors were in a daily conference with a national panel about vaccine-induced thrombotic thrombocytopenia, the condition Ms Shaw was believed to be suffering from.

Asked if he would have changed the treatments given to Ms Shaw, he said: "No."

Dr Johnson said The National Institute for Health and Care Excellence (Nice) published guidelines on how to treat the condition in July which matched the treatment Ms Shaw received.

"If we had the same presentation tomorrow we would do the same thing."

Dr Tuomo Polvikoski, a consultant neuro-pathologist who examined Ms Shaw after her death, said given her history of being fit and healthy with no medical problems, it was "surprising" she died of blood clots and bleeding in the brain.

He said "timewise" it "seems most likely" her death was "indeed vaccine induced".

After the hearing, Ms Shaw's family said in a statement: "This is another difficult day in what has been a devastating time for us.

"The death of our beloved Lisa has left a terrible void in our family and in our lives.

"She truly was the most wonderful wife, mum, daughter, sister and friend."

"The benefits of the Covid-19 vaccine AstraZeneca continue to outweigh the risks for most people," she said.

"It is therefore still vitally important that people come forward for their vaccination and for their second dose when invited to do so."