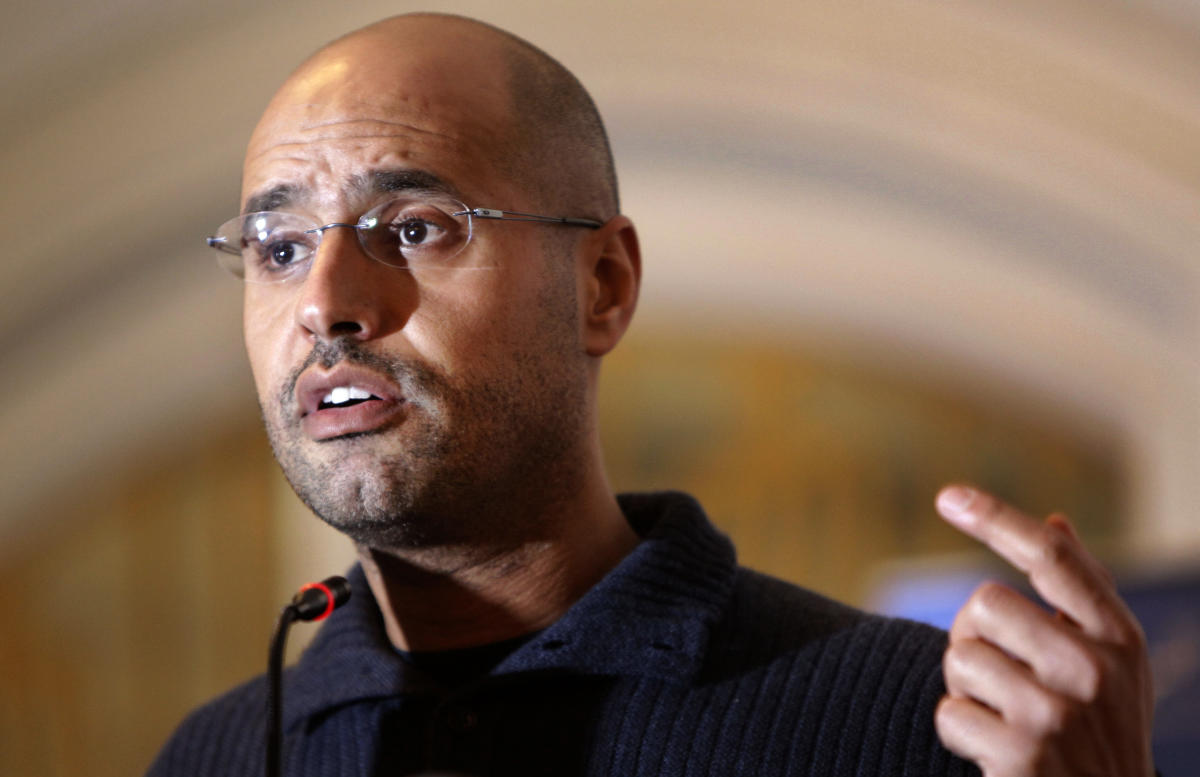 The United Nations expressed concerns Monday over the forced closure of a Libya appeals court that is meant to decide whether the son of the late dictator Moammar Gadhafi can run for president.
The UN mission to Libya said in a statement that it is following reports that an armed group had ‘violently obstructed’ the functioning of a court in the city of Sabha in the southwest of the country.

Judges there are responsible for deciding on whether Seif al-Islam Gadhafi, the onetime heir apparent to his father, will be able to run for the country's top office, after he filed an appeal against a decision last week that barred him from taking part. The country's impending elections are the result of years of UN-led negotiations between the country's warring parties.

The UN also shared alarm at the treatment of judges, who in Sabha were ‘physically prevented’ from fulfilling their duties. It voiced further worry over a growing number of accounts of judges across the country being threatened, particularly those handling election-related cases. Candidates have a window of time before the Dec. 24 vote to file appeals related to their own candidacy or against other candidates.

Libya’s top electoral body last week issued a list of candidates who did not meet conditions to run for office; among them was Seif al-Islam, the son of and once heir-apparent to the late dictator. He was barred based because of previous convictions against him. The younger Gadhafi had been sentenced to death by a Tripoli court in 2015 for using violence against protesters in a 2011 uprising against his father, but that ruling has since been called into question by Libya’s rival authorities. He is also wanted by the International Criminal Court on charges of crimes against humanity related to the uprising.

The long-awaited vote faces other challenges, including unresolved issues over laws governing the elections, and occasional infighting among armed groups. Other obstacles include the deep rift that remains between the country’s east and west and the presence of thousands of foreign fighters and troops.

Adding to the concerns surrounding the election, the U.N.’s top envoy for Libya submitted his resignation last week, though he said he will stay on through the vote if needed.

Following the 2011 overthrow and killing of Moammar Gadhafi, oil-rich Libya spent most of the last decade split between rival governments — one based in the capital, Tripoli, and the other in the eastern part of the country. Each side in the civil war has also had the support of mercenaries and foreign forces from Turkey, Russia and Syria and other regional powers.

The son of Libya’s former dictator submitted his candidacy papers in the southern town of Sabha on Nov. 14. It was the first time in years that the 49-year-old, who earned a PhD at the London School of Economics, appeared in public. He had been captured by fighters in the town of Zintan late in 2011, as the uprising ended his father’s rule after 40 years. Seif al-Islam was released in June 2017.

The announcement of his possible candidacy stirred controversy across the divided country, where a number of other high-profile candidates have also emerged in recent weeks. Among them are powerful military commander Khalifa Hifter and the country’s interim prime minister Abdul Hamid Dbeibah.
Add Comment