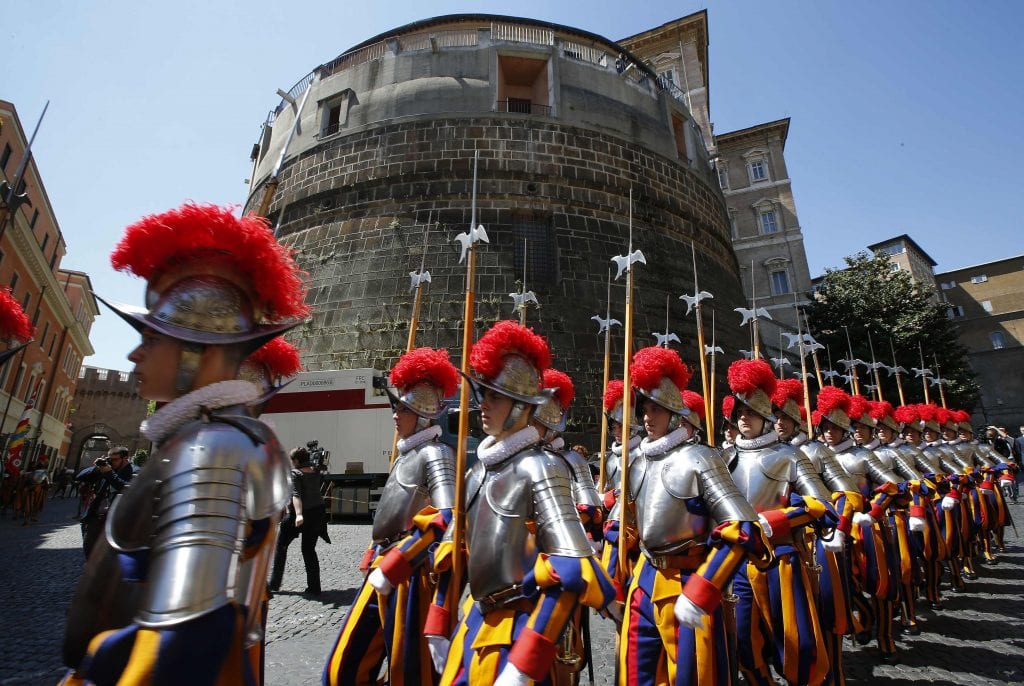 “Hundreds of millions of Euro destined for the least and the poor are still administered opaquely and with no transparency, as if the Vatican were a merchant bank in an offshore country,” a new report claims.

Against the backdrop of a Synod of Bishops on the Amazon dedicated to the defense of some of the world’s most impoverished people, the Vatican finds itself rocked by yet another financial scandal after publication Sunday of seamy details about a $200 million purchase of a swanky 183,000-square-foot apartment building in the Chelsea district of London.

“Hundreds of millions of Euro destined for the least and the poor are still administered opaquely and with no transparency, as if the Vatican were a merchant bank in an offshore country,” the report claims.

For Pope Francis, who came to office in 2013 on a reform mandate and who launched a sweeping reorganization of Vatican finances early in his papacy, the revelations are the latest index of how much remains to be done in terms of injecting accountability in terms of money management.

The report in L’Espresso, a widely read Italian news magazine, was authored by journalist Emiliano Fittipaldi, who was charged by the Vatican in 2015 with illicit divulgation of confidential information amid what came to be known as the “Vatileaks II” scandal. Fittipaldi and fellow journalist Gianluigi Nuzzi were eventually absolved for lack of jurisdiction.

The L’Espresso account is based on confidential reports from Vatican investigators obtained by Fittipaldi, suggesting the possibility of yet another “Vatileaks” scandal involving the leaking of supposedly secret documentation.

According to the report published Sunday, the Secretariat of State, the Vatican’s ultra-powerful coordinating department, controls roughly $725 million in funds off the books related to the annual “Peter’s Pence” collection, which is designed to allow individual Catholics to contribute to the pope’s charitable activities.

In fact, according to Fittipalidi’s report, most of those funds are instead diverted into “reckless speculative operations,” with 77 percent of the Peter’s Pence collections entrusted to Credit Suisse, the multinational financial services and investment company founded in Switzerland.

L’Espresso cites Vatican investigators charging that the use of those funds, roughly $560 million, has been marked by “garish irregularities” and “worrying scenarios.”

In addition, Fittipaldi’s report also suggests that an ongoing internal investigation of those irregularities may be motivated less by an honest desire to get to the truth and impose transparency, and more by a desire to settle accounts and alter the balance of power within the Vatican, especially with regard to the Financial Information Authority, an anti-money laundering watchdog unit created under Pope emeritus Benedict XVI.

The director of the Financial Information Authority, Italian layman Tommaso di Ruzza, was one of five Vatican employees recently suspended amid the unfolding investigation that also led to the resignation of the powerful commander of the Vatican gendarmes, Domenico Giani, following a leak of a memorandum on the probe prepared by Giani to the Italian media.

Sunday’s report details the affair involving the London apartment building, which has its origins in 2012 when an Italian financier named Raffaele Mincione was approached about investing $200 million on behalf of the Vatican in an oil company in Angola. According to Fittipaldi’s account, the operation was the idea of then-Monsignor Angelo Becciu, at the time the number two official in the Secretariat of State and a former papal ambassador in Angola.

Becciu is today a cardinal and the prefect of the Vatican’s Congregation for the Causes of Saints.

Eventually, however, the Angola project fell apart, leading Mincione to propose investing the $200 million in a London real estate deal instead, involving the purchase of a former warehouse for Harrod’s and converting it into luxury apartments. Mincione, based on Italian media reports, is a well-known corporate raider whose 12-meter private sailboat is named Bottadiculo, which is idiomatic for “lucky break” but literally means “slap on the butt.”

The deal went ahead, with the Vatican purchasing 45 percent of the property. A Brexit-induced downturn in the London real estate market, however, resulted in returns being less than projected, and in 2018, under the Secretariat of State’s new number two, Venezuelan Monsignor Edgar Peña Parra, the Vatican decided to pull out of the Athena Capital Global fund administered by Mincione and based in Luxembourg.

The exit strategy, however, involved the Vatican purchasing the remaining 55 percent of the property, in a deal signed in November 2018 by Monsignor Alberto Perlasca, at the time a key official in the Secretariat of State who was appointed in July by Pope Francis as the Promoter of Justice, or prosecutor, in the Vatican’s highest court, the Apostolic Signatura.

Fittipaldi asserts that between the original 2012 investment and the 2018 purchase, Mincione cleared almost $170 million in income. According to Fittipaldi, he still defends the investment: “I didn’t want to pull out, they asked me to,” he said. “It’s still an optimal operation: All that has to be done is to get going on the renovations and sell the apartments,” Mincione said.

According to the report, it was the director general of the Institute for the Works of Religion, the so-called “Vatican bank,” Italian layman Gian Franco Mammì, who objected to the 2018 transaction and triggered an investigation. While that may seem to make Mammì a whistleblower, Fittipaldi quotes unnamed Vatican insiders claiming that his actual motive was to wrest control of the Peter’s Pence funds away from the Secretariat of State for the Vatican bank.

In any event, a formal complaint was lodged with the Vatican’s Promoter of Justice on July 2, leading to the suspension of the five employees and Giani’s ouster.

In the meantime, according to Fittipaldi, the Vatican gave control over its London investment to another Italian financier named Gianluigi Torzi, who is himself under investigation by Italian authorities for an incident in which he allegedly changed the locks on a property near his seaside villa without authorization.

In effect, the Vatican did not directly acquire the remaining share of the London property through the Administration of the Patrimony of the Apostolic See (APSA), the Vatican’s central financial clearinghouse that generally administers its real estate holdings, but worked through another Luxembourg financial company run by Torzi.

Also involved in the deal as an “absolute protagonist,” according to Fittipaldi, was Italian Monsignor Mauro Carlino, a longtime aide to Becciu who was promoted by Pope Francis to become the head of information and documentation at the Secretariat of State over the summer.

Despite Di Ruzza’s suspension, Fittipaldi quotes unnamed sources suggesting that the Financial Information Authority actually signaled the London deal as a suspicious transaction to authorities both in the UK and Luxembourg and tried to block the transaction.

That background, according to Fittipaldi, has generated suspicions that the raid on Di Ruzza and his suspension is actually an attempt to neutralize the Financial Information Authority with regard to the Secretariat of State.