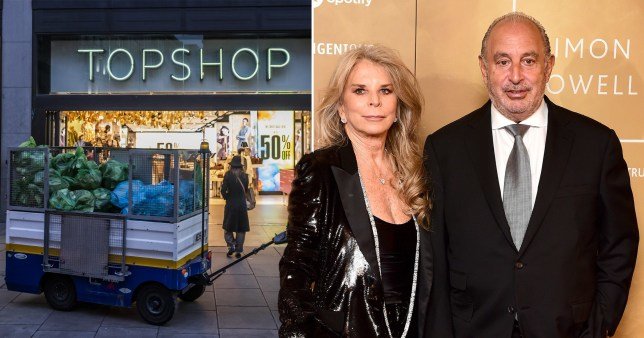 Sir Philip Green’s wife was the official owner of the retail empire, which includes Topshop and Burton, until it collapsed into administration on Monday.

Last year, she promised to pump £100 million into the company’s pensions scheme.

Two separate instalments of £25 million have already been paid to the deficit-plagued scheme.

She has now confirmed she will pay the remaining £50 million, which was not due for another 10 months, within the next 10 days.

More than 9,000 current and former members of the pension scheme face potential cuts of up to 20% of their current benefits. 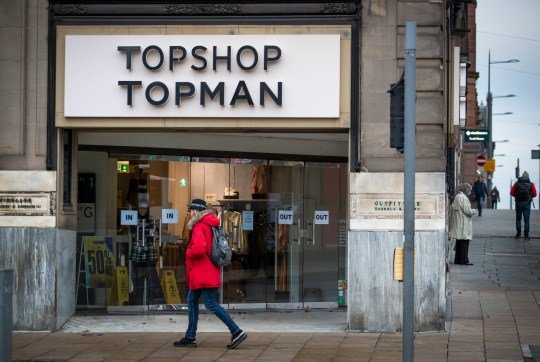 It is understood that the scheme is likely to be rescued by the Pensions Protection Fund after Arcadia’s insolvency on Monday.

The company’s total pension deficit is estimated to stand at £350m.

Lady Green, who is based in Monaco with Sir Philip, was the official owner of the retail empire until the administration earlier this week.

In a statement on behalf of Lady Green, the company said: ‘Last year Lady Green committed to paying £100 million into the company’s pension scheme in three instalments.

‘Two instalments of the amount of £25 million each as agreed has already been paid, the third and final instalment of £50 million was not due to be paid until September 2021.

‘Lady Green is going to bring this payment forward to be paid in the next seven to 10 days to complete the £100 million commitment of payment.’

Earlier on Wednesday, Business Secretary Alok Sharma wrote to The Insolvency Service asking them to look at the conduct of directors at Arcadia to see ‘whether their actions caused detriment to pension schemes’.

On Tuesday, a spokesman for The Pensions Regulator said: ‘We are aware of the challenges that the business is currently facing in these unprecedented times and we continue to work with the directors, the trustees and their respective advisers, as well as the PPF, to protect the position of the Arcadia pension schemes’ members to the fullest extent possible.’

Earlier this week, MPs also called for more details of the June 2019 restructuring deal struck between her, Arcadia, the Pensions Regulator and the PPF, which enabled the group to stave off bankruptcy at that time.