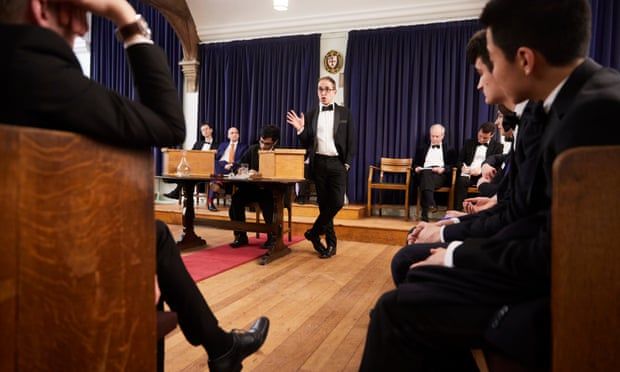 Plans to protect free speech leave universities in England and Wales ‘at risk of being sued’ by anti-vaxxers and Holocaust deniers
Government plans to “safeguard” free speech in universities would allow Holocaust deniers, anti-vaccination groups and conspiracy theorists to take legal action against higher education organisations that denied them a platform to air their views, Labour said last night.

Announcing that its MPs would vote against the higher education (freedom of speech) bill, which has its second reading in the Commons this week, Labour claimed that it was a hugely divisive and harmful “hate speech bill”.

Universities UK and the National Union of Students have also expressed grave concerns about the bill, suggesting it is wildly disproportionate, and could leave institutions and student unions wide open to costly legal actions from people making vexatious or frivolous claims that they have been denied public platforms.

The government says the bill would “allow the Office for Students to monitor and enforce freedom of speech measures at higher education institutions, [and] introduce a complaints system and redress for breaches of free speech duties through the introduction of a statutory tort, extend duties on free speech to students’ unions and create a role of director of freedom of speech and academic freedom at the OfS.”

As well as bolstering the rights of external speakers, university staff would be given a new right to take legal action against institutions if they believed they have been passed over for promotions or new jobs because of their views.

Kate Green, the shadow education secretary, said the government was wasting time helping people whose only aim was to cause division and spread hate. “It is shocking that the Conservatives are introducing a new law to give Holocaust deniers, anti-vaxxers and people harmful to public interest the opportunity to sue their way to a platform at universities.”

A briefing paper on the bill for Universities UK, which represents 140 universities, says: “There is significant concern over what the unintended consequences of this bill could be.

“For example, this bill could make it easier for those who promote conspiracy theories or ‘alternative facts’ to speak on university campuses – as well as provide them with the opportunity to take the university or students’ union to court if they feel they have been denied a platform.” It also raises concerns that the bill could “lead to courts becoming filled with minor disputes, while incurring significant cost, time and reputational damage to universities, and ultimately detracting from their efforts to champion freedom of speech”, it said.
Add Comment