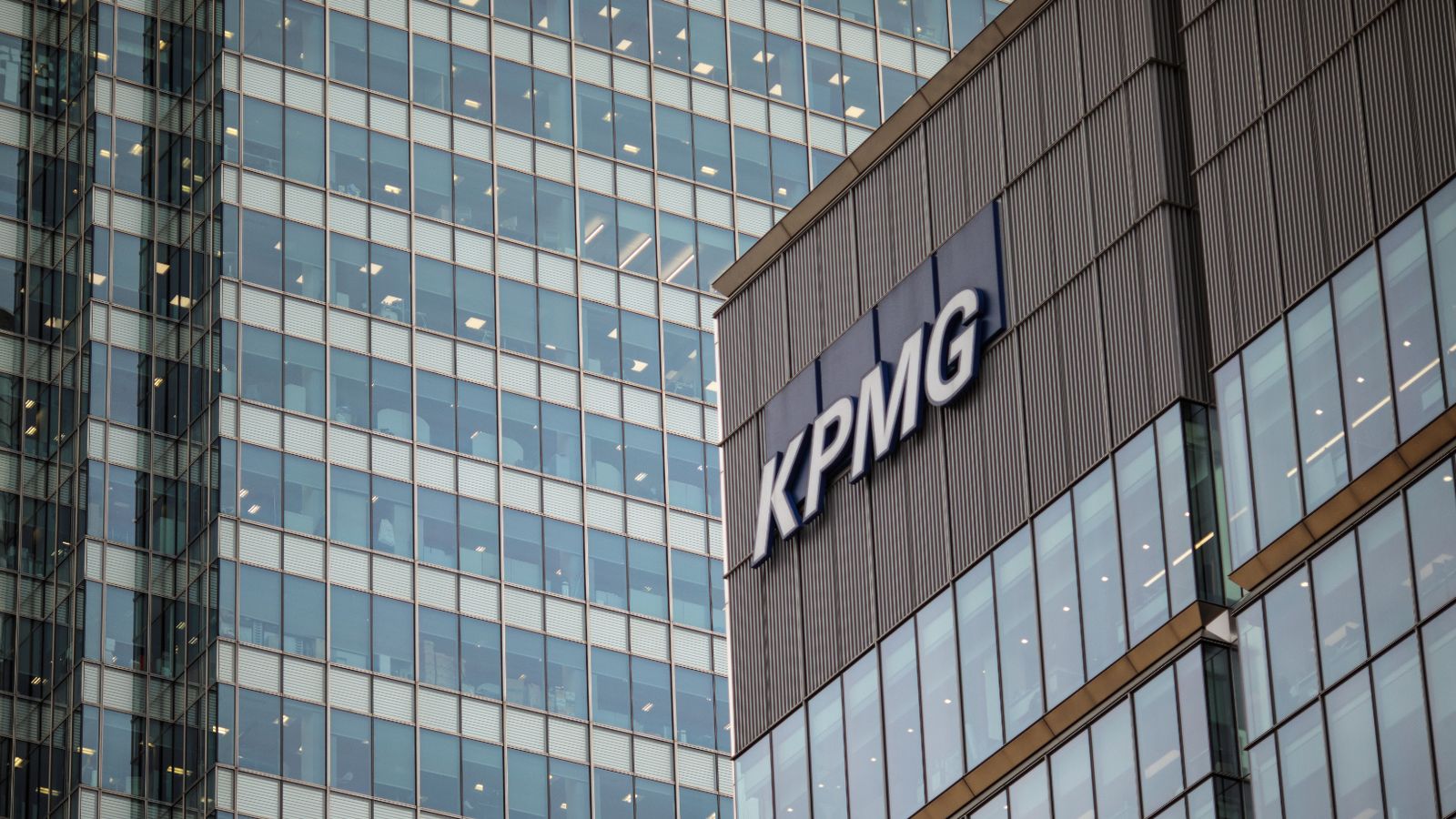 In a memo to KPMG partners, Bill Thomas wrote that a break-up of the global accountancy firm would benefit partners at the expense of the next generation".
The global chairman of KPMG has taken a swipe at the $80bn break-up being hatched by rival EY, implying that such a radical restructuring would be akin to an act of corporate vandalism.

Sky News has obtained part of a memo sent by Bill Thomas to partners at the firm, reiterating KPMG's commitment to retaining the multidisciplinary business model which comprises both audit and consulting services.

Distributed earlier this month, it was written after reports of EY's plans to separate the two divisions, with the non-audit side of the business becoming a publicly listed company.

Mr Thomas told partners that the longevity of KPMG's existing structure was one of its major attributes.

"We are a partnership that has been strong and growing in some countries for over 150 years," he wrote.

"Our culture fuels this growth and stability.

"Our responsibility is to leave the firm better than we found it for those who come after us - we are stewards of the business for our mentees and the next generation.

"This is the very fabric of who we are.

"To monetize the goodwill of our firm that has been created for over a hundred years, at the expense of the next generation, would be entirely contrary to our culture."

Sources said that the board of KPMG's Global network had also discussed the issue at a meeting this month, with a determination that it would retain its present structure even in the event that the other members of the big four followed EY's lead.

That scenario looks implausible, since PricewaterhouseCoopers has said it intends to keep the multidisciplinary model intact, while Deloitte issued a strongly worded rebuttal to a Wall Street Journal article suggesting that it was in the early stages of examining a break-up.

In a public statement, KPMG said it "believes that a multi-disciplinary model brings a range of benefits, such as diverse talent, technology, and global capability, that drives innovation and the highest quality standards across our audit, tax and advisory businesses".

The break-up debate has been fuelled by growing pressure on the world's biggest auditors to extricate themselves from conflicts of interest which have beset the industry in recent years.

EY's break-up is reportedly likely to result in multimillion dollar windfalls for partners, although the WSJ said on Friday that current choppy market conditions could undermine the value of those payouts.
Add Comment