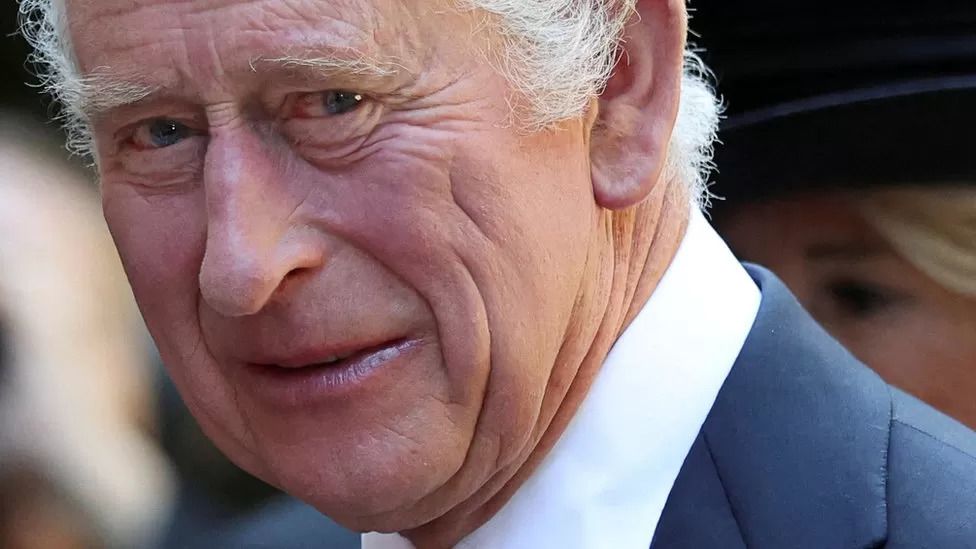 King to hold event to mark COP27 summit he will miss

If King Charles cannot go to the COP27 climate conference, then at least some of the conference will be coming to him.
The King is to host a pre-conference reception at Buckingham Palace next Friday, bringing together 200 business leaders, politicians and campaigners.

When former PM Liz Truss entered No 10, it was announced King Charles would not attend the conference in Egypt.

That position has not changed under Rishi Sunak.

The prime minister, who will not be attending the COP27 summit either, is to attend the Buckingham Palace reception. He is expected to speak, alongside guests discussing practical measures to tackle climate change.

The gathering in London will be held on 4 November, a couple of days before the summit begins in Egypt.

Buckingham Palace said the event was taking place to mark the end of the UK's hosting of COP26.

King Charles has been a longstanding campaigner on protecting the natural environment and has warned of the dangers of climate change.

As the Prince of Wales, he was a leading figure at last year's COP26 climate conference in Glasgow, giving an impassioned speech about the urgency of the challenge and the need for the global response to be put on a "war-like footing".

Royal sources have denied that the King has been frustrated or disappointed about not attending COP27 - saying that he accepts that as monarch he has to consider the advice of government ministers.

A Downing Street spokesperson confirmed on Friday there was no change to the decision over the King's non-attendance under the new prime minister.

Although not going in person, a virtual contribution by the King- such as a video message - has not been ruled out for the summit in Egypt.

The Buckingham Palace reception will see a gathering of the "decision makers and NGOs" (non-governmental organisations) who are involved in tackling climate change.

Also attending will be US climate envoy, John Kerry and Alok Sharma, president of the COP26 conference, whose presidency formally ends as the annual climate conference moves on to Sharm El-Sheikh.
Add Comment