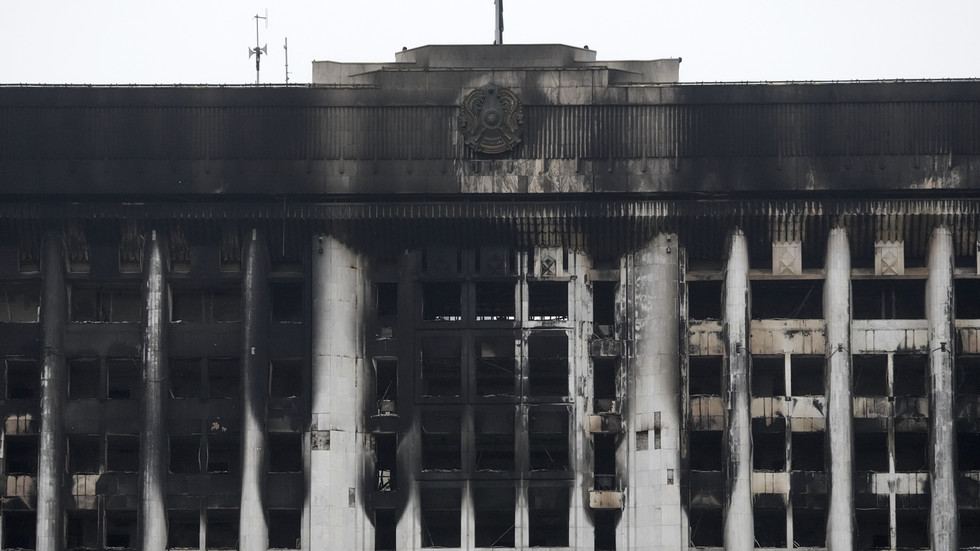 Embattled leader says cash will be used for social spending
Kazakh President Kassym-Jomart Tokayev has announced the creation of a new “national fund” that wealthy citizens, including those who got rich under former president Nursultan Nazarbayev, will be required to contribute to.

He revealed the plan on Tuesday in an appearance before the nation’s parliament, saying the fund will be named “For the People of Kazakhstan” and will be used “to solve real problems in the areas of health care, education, and social services.”

Tokayev said he expects “meaningful and regular contributions to the fund on the part of businesses,” adding, “Thanks to the first president [Nazarbayev], there is a group of very profitable companies in the country and a layer of people who are rich even by international standards. I think that the time has come to pay back the people of Kazakhstan and help them on a systematic, regular basis.”

The president ordered the government to put together a list of eligible companies and to determine a sum that will be paid annually into the fund. He also announced the creation of a program designed to raise salaries in Kazakhstan.

Tokayev had previously announced a five-year moratorium on raising salaries among government employees and regional leaders, saying he thought they earned enough already.

The new initiatives come as Kazakhstan has been shaken by large-scale protests, with thousands taking to the streets in early January to protest the removal of price controls on liquified petroleum gas, as well as widespread economic inequality.

The demonstrations turned violent in places, and on January 5 Tokayev declared a state of emergency and asked for assistance from peacekeeping forces from the Collective Security Treaty Organization, an alliance led by Russia.

On Tuesday, the president announced that the forces had accomplished their mission and would begin exiting the country this week. Kazakhstan’s interior ministry reported on Monday that nearly 8,000 people had been detained during the protests, and health officials said 164 people had been killed, including three children.

Nazarbayev, who ruled the country for nearly three decades, pursued a policy of market liberalization and attracting foreign investment, which saw a small number of Kazakhs grow very wealthy. However, living standards for the majority of the country’s population have remained low, and analysts have noted this inequality as a major contributing force in the recent protests.

Nazarbayev resigned from office in 2019 and was succeeded by Tokayev, a close ally. However, the former leader was named chairman of the Security Council of Kazakhstan, a constitutional advisory body, and many thought he was holding onto power despite formally resigning. Last week, though, he was removed from this post and replaced by the current president.
Add Comment