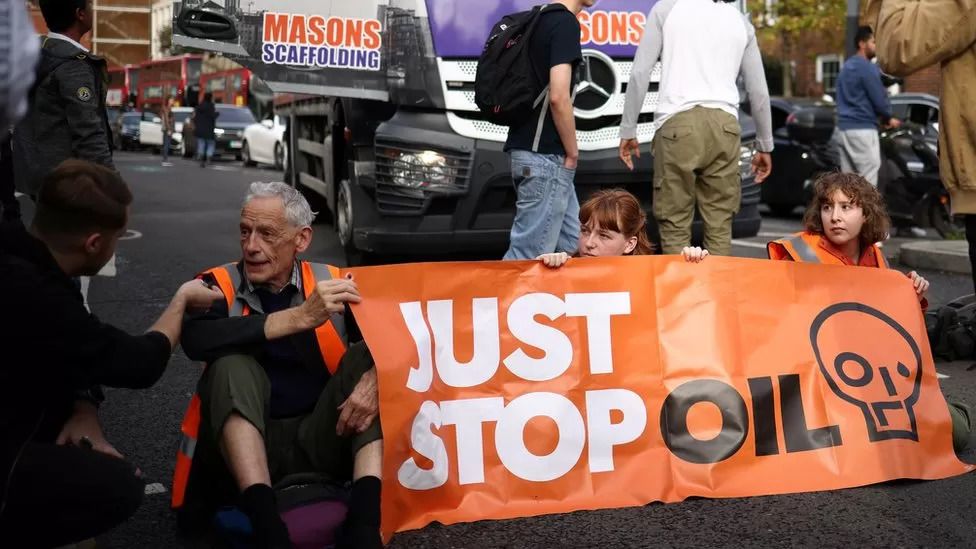 A High Court injunction has been granted to prevent Just Stop Oil protesters disrupting the M25.

It means anyone fixing themselves to any object or structure on the motorway - and anyone assisting - can be held in contempt of court.

Those in breach could face imprisonment, an unlimited fine and seizure of assets.

"Protesting by blocking busy motorways or climbing overhead structures is extremely dangerous and disruptive, which is why I instructed National Highways to apply for this further injunction, which the courts have granted," he said. 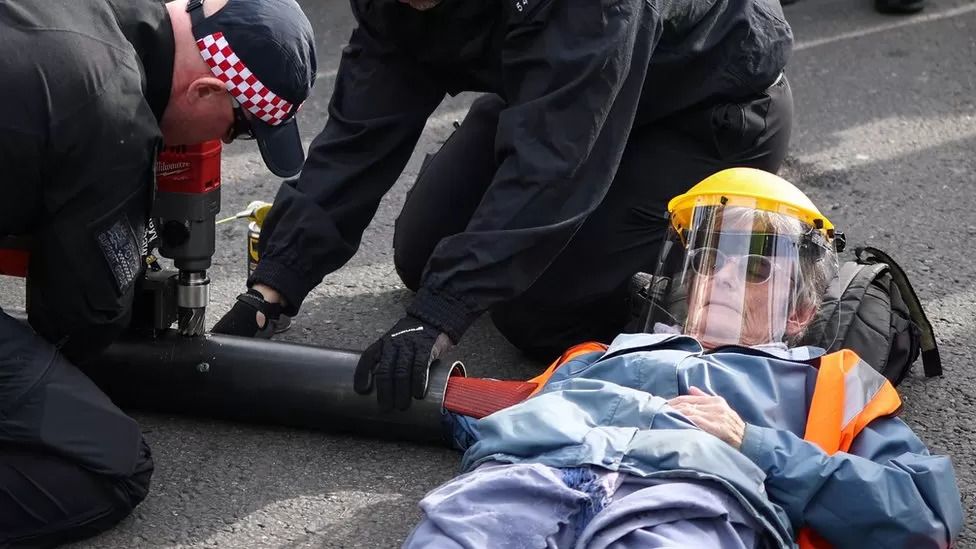 Protesters have carried out demonstrations on various roads

Earlier this year a court order was obtained in response to protests carried out on the motorway - which encircles Greater London - by Insulate Britain.

The previous injunction covers the M25, the M25 feeder roads and major roads in Kent and around the Port of Dover until May 2023.

Last month, two men were charged with committing a public nuisance over a two-day protest on the Queen Elizabeth II Bridge.

The QE2 Bridge takes traffic clockwise over the River Thames on the A282, at the Dartford Crossing, which connects the M25 motorway between Essex and Kent.

Duncan Smith, executive director for operations at National Highways, said: "Millions of people rely on the strategic road network every day and they have a right to expect it to operate as it should.

"We already have an injunction covering hundreds of miles of our network.

"This further court order will make it easier to take action against those reckless individuals who choose to unlawfully protest on the M25.

"Protesting on these busy roads is extremely dangerous for the protesters themselves and all road users."