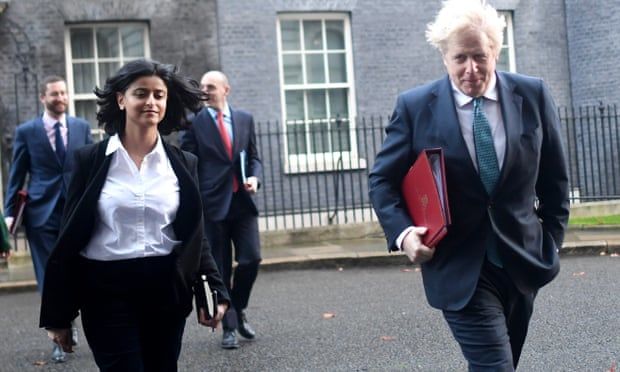 Analysis: The PM is losing advisers at an alarming speed, reversing a tradition of being bound by a common cause

In British politics, and nowhere more so than in Downing Street, trust between political advisers and their principals is at a premium. Once advisers have hitched themselves to a star, they tend to stay hitched.

The sense of being bound by a common cause, jointly confronting an unsympathetic media, unresponsive institutions, a cynical party and unforgiving events is a powerful glue. There is no substitute for being up close and personal when a prime minister faces agonising choices for which there is no easy answer.

Sometimes it creates an unshakeable bond for life. Alastair Campbell, press secretary to Tony Blair, knows Blair’s faults and his own, but they remain close. Similarly, Andrew Adonis, head of policy in Downing Street under Blair, still regards the former prime minister as a totally exceptional politician, and makes a sometimes lonely case for him to return to frontline British politics. Gavin Barwell, chief of staff to Theresa May, often makes a persuasive case for how she was undone by a parliamentary party that could not compromise over Brexit.

Even her two joint chiefs of staff, Nick Timothy and Fiona Cunningham, with whom she dispensed after the 2017 general election debacle, did not turn on her. They would probably admit that pressures led them to become embroiled in furious rows that in retrospect seem trivial.

Gordon Brown, flawed as a prime minister and as a consequence sometimes unable to control his temper, still retained the loyalty of the advisers he berated, as the sad photos of his final hours in Downing Street illustrate. They believed in what he was trying to do.

Stretching further back, Wilson had his famously loyal kitchen cabinet. Bernard Donoghue, in his memoir the Heat of the Kitchen, revealed the sheer pressure of life in No 10 during the winter of discontent. 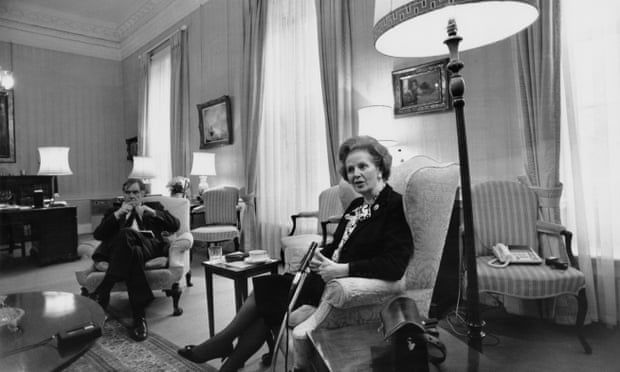 Margaret Thatcher with her chief press secretary, Bernard Ingham, at No 10 in 1988.

Thatcher relied heavily on Bernard Ingham, her press secretary, throughout her period in office. He adored her ability to confront “defeatist inertia”, even if he also recognised her as “absolutely tactless”.

Lord Powell, her suave private secretary for seven years from 1983, remained a firm admirer of her ability to make waves on the international scene. She returned the compliment once, saying: “Where can I find ministers who are half as good?”

Her official biographer, Charles Moore, argued: “The people who worked for her in No 10 almost all liked her very much, and the ministers who worked with her as cabinet ministers usually found her unbearable.”

Indeed it was her faith in her Downing Street advisers which was part of her undoing. Her willingness to expose her support for her economics adviser Sir Alan Walters over the exchange rate policy paralysed her government. Lawson resigned on 26 October 1989 and Walters stood down an hour later.

David Cameron overall ran a happy ship. He had to dispense with his image guru Steve Hilton once his blue sky thinking came up against the greyer skies of the Whitehall policy machine. But there was no immediate denunciatory resignation letter from Hilton, just a sense that his campaign talents did not transfer to government. The conflict between the two came later.

So the endless infighting and high turn-over of staff that has afflicted Boris Johnson’s premiership is an exception. New Labour’s divisions were institutionalised between the Treasury and Downing Street. Some suffered badly such as Brown’s press secretary, Charlie Whelan, was forced to resign by Blair’s team – a loss Brown resented. Others, such as Ed Balls, managed to remake themselves.

Johnson by contrast seems to lose advisers at an alarming speed. Some claim it reveals the lack of basic ideology in his thinking. Others suggest it is the casual way in which he uses others to take the blame, refusing to take personal responsibility, which has led to a lack of loyalty. “He blames Carrie to his advisers, and to Carrie he blames his advisers. It is not sustainable”, says one former minister.

In the latest cull, the loss of Munira Mirza will hurt and possibly confuse him most. In eight years of working for him, she has seen all his flaws, including his willingness to play fast and loose with the facts. Indeed he is the architect of many of the divisive culture wars. That makes it hard to fathom why she saw Johnson’s personal attack on Keir Starmer as so out of character that it warranted her resignation.

Perhaps she simply sensed the prime minister was finished and it was time to detach herself for her own future career.

The next few months will tell, but what will be striking is how many advisers, sensing they are on a sinking ship, elect to stay on board with their captain, and leave the rats to it.