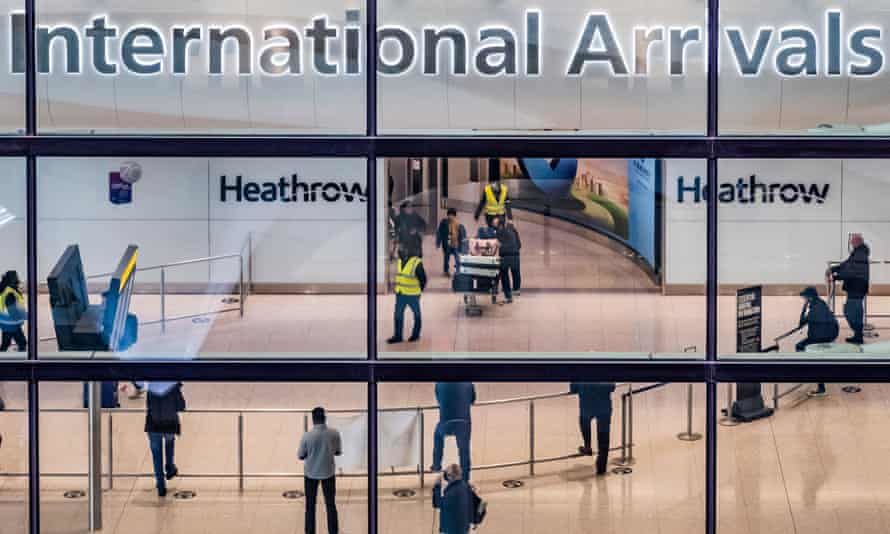 Johnson does not rule out letting double-jabbed tourists skip quarantine

Boris Johnson has not ruled out double-vaccinated travellers from England being able to skip quarantine when they return home from amber list countries later this month.

The prime minister did not dispute that the change was planned for 26 July, as reported by the Times, saying during a visit to the Nissan factory in Sunderland on Thursday that he would set out more details within days.

The change was mooted in June, but ministers have been unable to agree a specific date as part of a larger disagreement in government about opening up the country’s borders.

Some want to let people see relatives again and help the aviation and tourism industries as the furlough scheme gradually winds down, while others are fearful of importing a new variant, following the delay in lifting restrictions meant to take place on 21 June due to the spread of the Delta variant.

Senior government figures also said they were wary of letting all those who have had two jabs avoid isolating for up to 10 days at home too soon, fearing it would lead to many people trying to bring forward their second dose and placing significant pressure on supplies.

Further details about the final planned stage of unlocking, pushed back to 19 July, are expected to start being drip-fed from Monday, with a senior government source saying “pitch-rolling” would begin to lay the ground for an official announcement the following week.

Johnson said he was “very confident that the double jabs will be a liberator”, but tried not to raise expectations too high about how much international travel will be possible later in the summer.

“This year will not be like every other year,” the prime minister said. “People shouldn’t expect it will be completely hassle-free.”

Johnson also did not rule out social distancing and masks remaining beyond 19 July in England – something his new health secretary, Sajid Javid, was also notably cautious about denying earlier this week.

Despite more optimism from senior ministers about reopening places such as nightclubs and allowing mass events, uncertainty remains over the fate of several government reviews, including on social distancing.

Many businesses have pushed for it to be ditched so they can serve more customers, warning that current levels are not enough for them to turn a profit.

Downing Street said it was down to the vaccine programme and “wider mitigations” that rising cases, which are at the highest levels since the start of January 2021, were not translating into similar increases in hospitalisations and deaths.

Johnson’s spokesperson said: “We aim to reduce or remove as many restrictions as it’s safe to do so. We will continue to monitor the latest data and latest evidence carefully.”