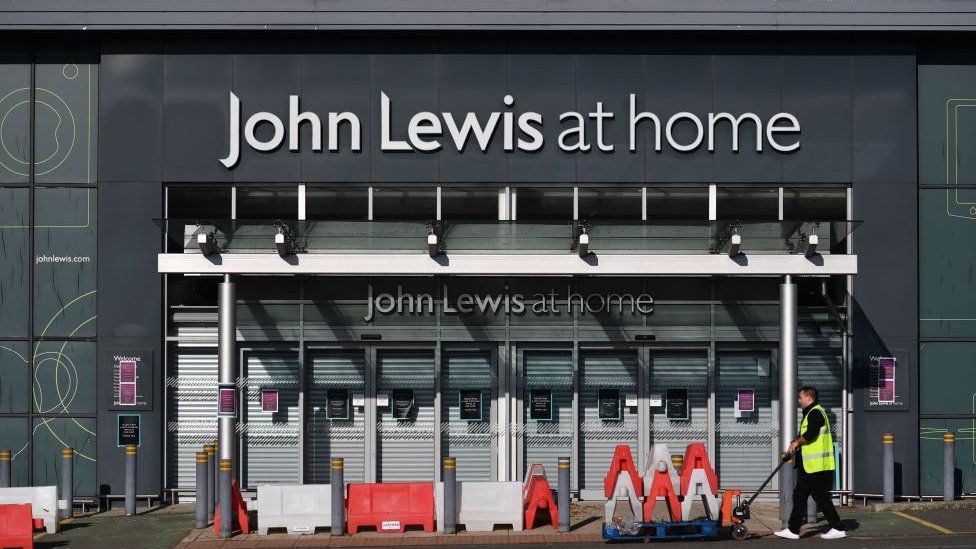 John Lewis has said it will not reopen eight of its stores once lockdown eases, putting 1,465 jobs at risk.

The retail giant said some locations could not sustain a large store.

Four "At Home" shops in Ashford, Tunbridge Wells, Basingstoke, and Chester will close - as well as department stores in Aberdeen, Peterborough, Sheffield and York.

John Lewis said the eight shops were "financially challenged prior to the pandemic".

Earlier this month, the retailer warned it would be making more store closures after the impact of the pandemic led it to report a hefty annual loss.

The latest move comes on top of the closure of eight stores that John Lewis announced last year. The chain has now axed around a third of its stores in less than a year.

John Lewis 'is pretty much all we've got in Peterborough' 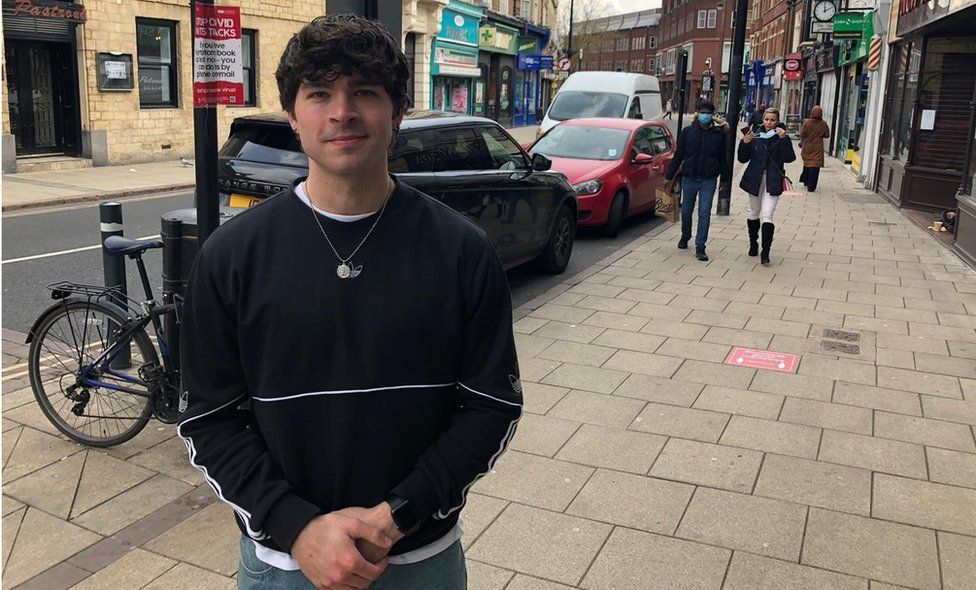 For almost 40 years the John Lewis store in Peterborough has been the flagship of the city's shopping centre, but along with seven other branches it looks sets to close.

Shopper James Morrell says he usually goes to John Lewis to look at the "tech" and says it will be a shame to not see it reopen after lockdown.

"This is pretty much all we've got in Peterborough really, it's our main selling point," he says.

But he says it "might be nice for little independent shops to come along and take up the space".

The company said it planned to create more places to shop for John Lewis products across the UK. It suggested it would not entirely move out of areas where the main store was closing.

"In areas where we propose not to reopen stores, we will look at the right combination of options for that location to ensure we remain convenient for our customers, so they can continue to access John Lewis products and services."

It added it would invest in improving click-and-collect in its Waitrose stores and offer more local collection points through third parties. It also will continue experimenting with John Lewis shopping areas in Waitrose stores, as well as trying out smaller, local neighbourhood shops. 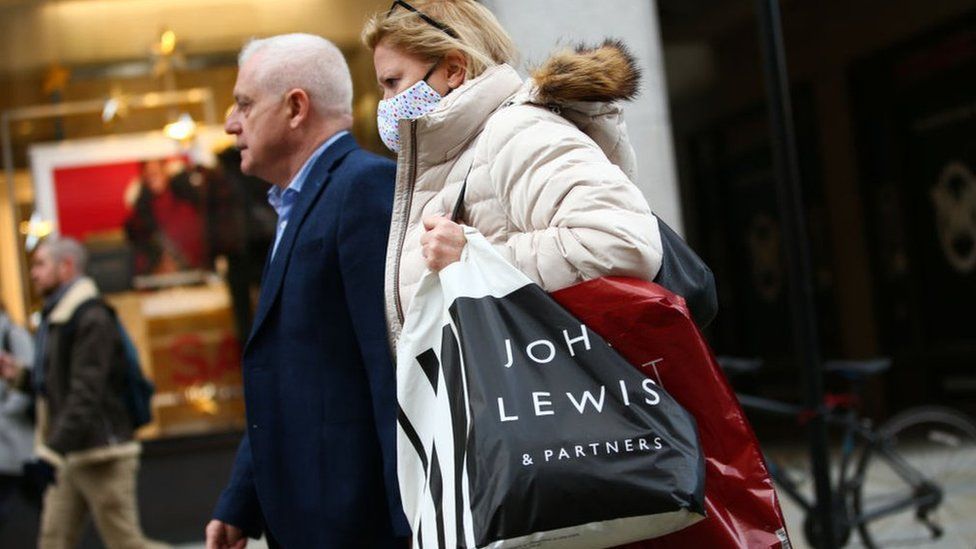 Should it proceed, it said it would make "every effort" to find alternative roles for as many as possible.

John Lewis has a unique structure in that its staff are also partners in the business, and receive a share in the profits in good years.

It said the stores that were closing were in locations where it did not have enough customers. "Given the significant shift to online shopping in recent years - and our belief that this trend will not materially reverse - we do not think the performance of these eight stores can be substantially improved."

John Lewis has an 'identity crisis' 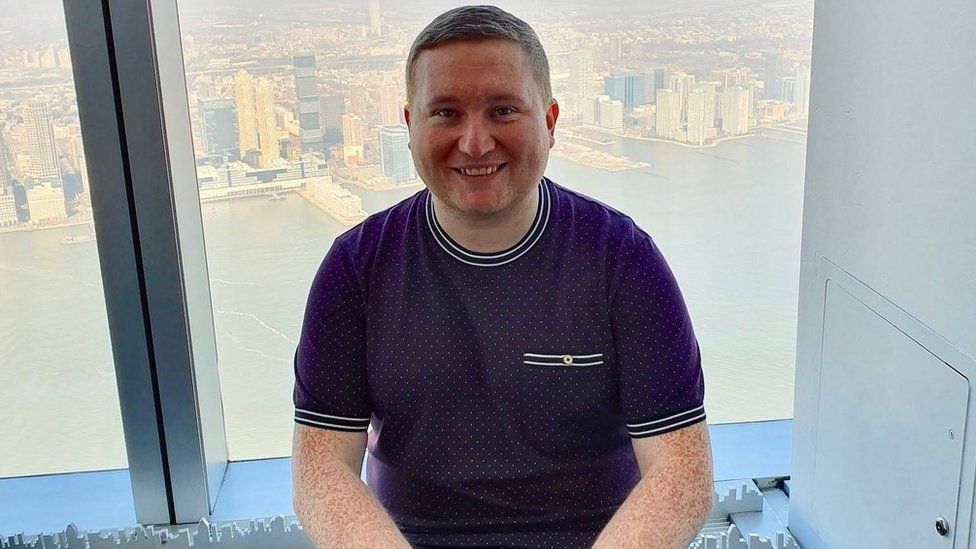 Andrew worked at the John Lewis store in Birmingham for five years before being made redundant last year.

He has worked in the retail industry for 20 years.

"I'm not surprised by today's announcement," he said. "While it's true that customer shopping habits have changed, I believe the partnership was in the middle of an identity crisis before the pandemic."

Mr Taylor said the company has "struggled to adapt and needs to work on diversity and inclusion as a business to reflect modern-day Britain."

Dan Jarvis, the mayor for Sheffield, said losing the store in Sheffield would be a heavy blow to the area.

"The store has been a cornerstone of the city's retail offer for more than a century," he said. "I am working with John Lewis and Sheffield City Council to determine what this means for those whose jobs are now on the line and what can be done to support them."

John Lewis has now axed around a third of its stores in less than a year. It wasn't all that long ago that the chain was opening stores. In 2007, it had 26 when it decided to embark on an aggressive expansion plan, almost doubling the number of stores in a decade, even though internet sales were starting to climb.

This is now a painful correction. Of the 23 department stores it went on to open, only 12 will still be trading when lockdown ends. Its Birmingham store was the most high-profile casualty last year. The company is also reining back on its smaller "John Lewis at home" stores. Only four of the original 12 remain. But it's also losing some older main department stores in regional cities, which will have a huge impact.

John Lewis has been a presence in Sheffield for some 80 years, for instance. The business insists that as the High Street changes, it has to change with it, reflecting changing shopping habits. It expects 70% of its sales to be online by 2025.

John Lewis is betting on fewer bigger "destination" shops as well as relying far less on retail in the future for its overall profits - from expanding financial services to using excess space for housing.

Some bold decisions are being made across retail given the turmoil over the past 12 months, but the question is whether John Lewis can pull off its turnaround plan without losing its competitive edge.

John Lewis said it expects from 60-70% of John Lewis sales to be made online in the future. Nearly 50% of its customers have been using a combination of store and online when making their purchases.

Despite the expected further shift to online, John Lewis said that stores were essential to its business, as people still wanted physical proximity: "They provide a sensory experience that online cannot, supported by the expertise of our partners."

The pandemic caused the chain's first ever annual loss of £517m for the year to January, against profits of £146m the previous year. At the time of that announcement earlier this month, the firm said it would reshape its business in response to the change in customer shopping habits.

Much of that loss was due to a write down in the value of its stores because of the shift to online shopping, as well as restructuring and redundancy costs.