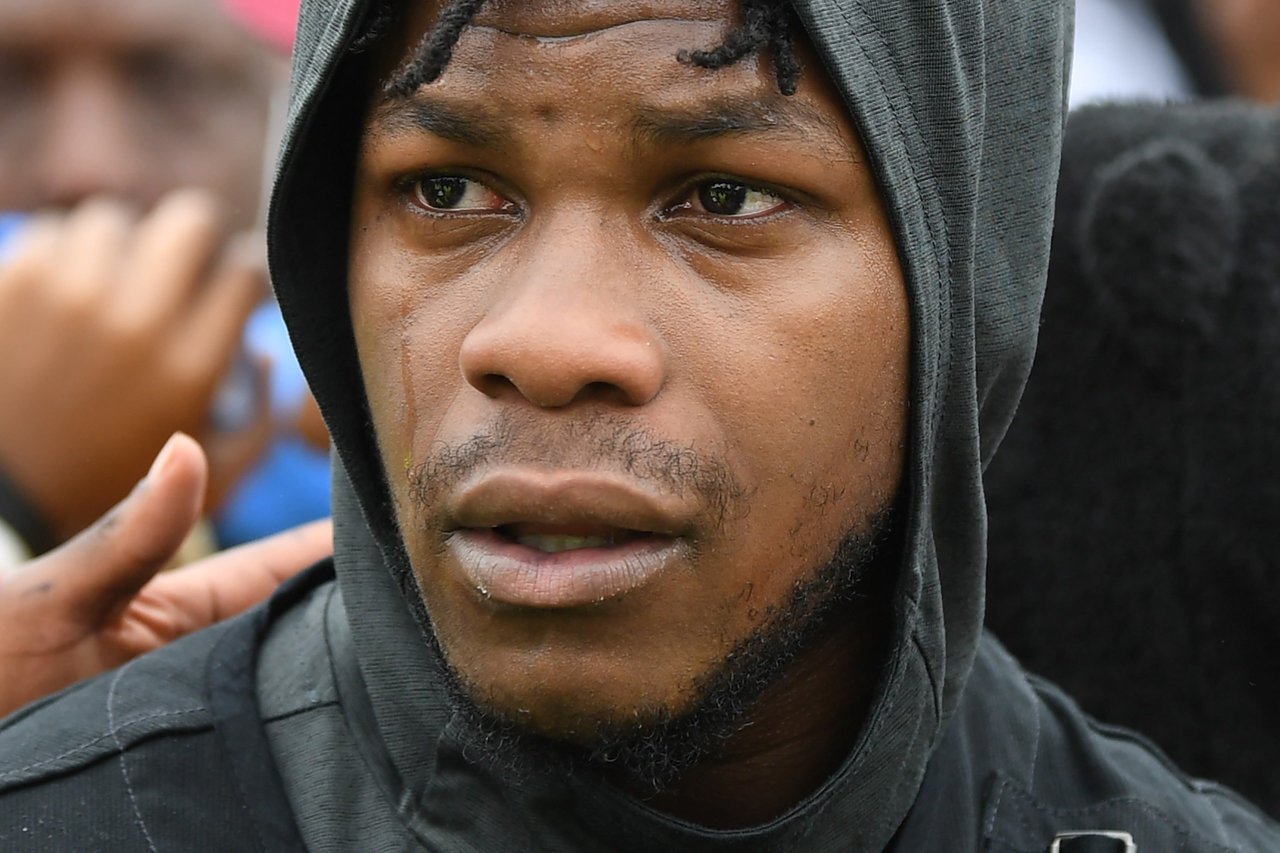 John Boyega has said he is genuinely worried that his impassioned speech at a Black Lives Matter protest in London in June will have damaging consequences for his career.

“Absolutely. I still have those thoughts,” he said in an interview, reflecting on the moment when he addressed the rally so memorably and powerfully.

The actor told the Radio Times about his and his family’s experience of stop and search, and the timeliness of his latest role in Steve McQueen’s drama Red, White and Blue.

“I’m speaking to you from my heart. I don’t know if I’m going to have a career after this but fuck that.”

Boyega was asked if he was genuinely worried and he said he was. “I understand, looking from the outside in, it might seem ‘oh, you’ve been in this and you’ve been in that.’ But how many actors do you know who have been in big franchises? It doesn’t necessarily mean that you’re going to have stability for the rest of your life.”

In Red, White and Blue Boyega portrays Leroy Logan, a black officer who joined the Metropolitan police in the 1980s. The drama opens with police harassing a young Logan, an experience the actor has a direct connection with.

“I’ve been stopped and searched,” he said. “And my dad, who was a Pentecostal minister, got stopped on the way back from church. I was little. Everybody knows, especially if you grew up in Peckham, somebody who’s gone through the darkest scenarios with the police.”

Red, White and Blue is one of five new dramas in McQueen’s anthology Small Axe, which explores the experiences of the West Indian community in London in the 1960s, 70s and 80s.

Another is Mangrove, which tells the story of the Mangrove Nine trial, one of the first in modern Britain which put police racism in the spotlight.

One of its stars, Letitia Wright, said TV executives needed to be challenged more on issues of diversity and representation.

“These questions are always aimed at the artists. They should be aimed at studio heads and commissioners,” she told the Radio Times. “These stories are being written, they are there, so it’s about those gatekeepers opening that door and having that conversation.”