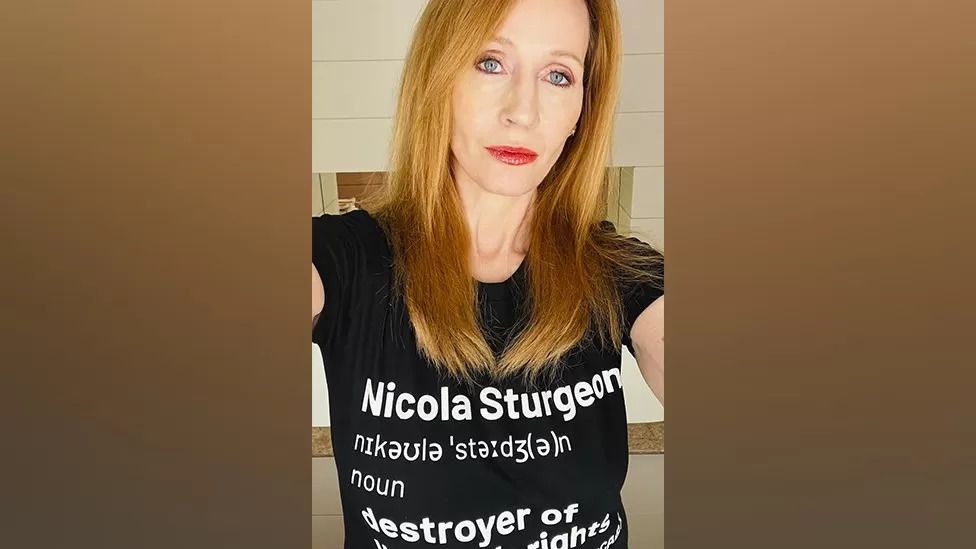 The author tweeted a picture of herself as demonstrators gathered outside the Scottish Parliament in Edinburgh.

Hundreds of people protested against gender recognition legislation proposed by the Scottish government.

Nicola Sturgeon has said the aim is to make the existing process "less degrading, intrusive and traumatic".

The proposed new law would make it easier for people to be legally recognised as their preferred gender and broaden the official definition of what it means to be trans.

Anyone aged 16 or over who has lived in their "acquired gender" for at least three months would be eligible to apply.

A medical diagnosis of gender dysphoria would no longer be required, removing the need for doctors' reports.

It remains a hotly contested issue, however, with critics saying "self identification" would undermine the safety of women-only spaces. JK Rowling has previously argued the new law would harm the most vulnerable women.

Ms Rowling tweeted: "I stand in solidarity with @ForWomenScot and all women protesting and speaking outside the Scottish Parliament. #NoToSelfID."

The T-shirt, which matched those worn by many women at the rally, read: "Nicola Sturgeon: Destroyer of women's rights."

Asked by journalists about the post, a spokesman for the Scottish government said he had not seen it. 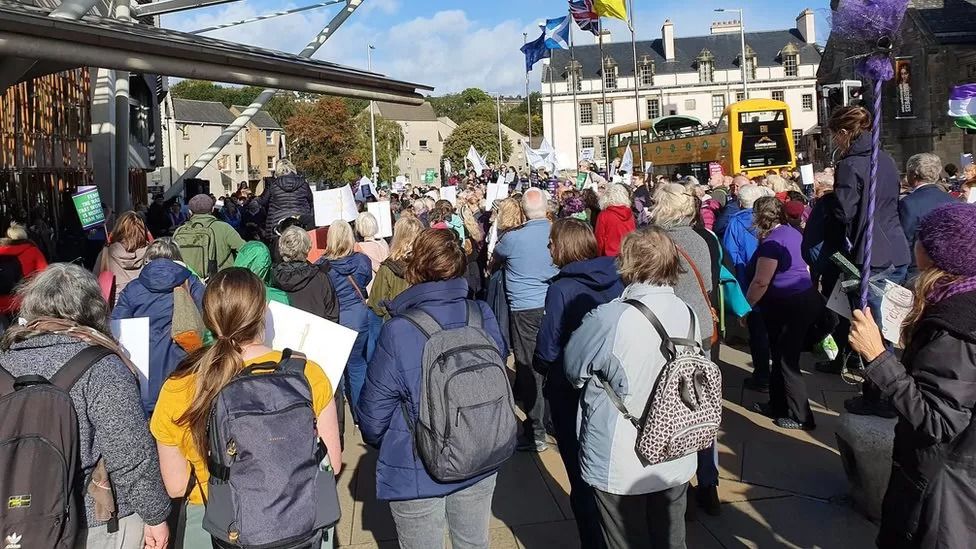 A majority of MSPs on the Equalities, Human Rights and Civil Justice Committee recommended the general principles of the bill should be approved.

Committee convener Joe FitzPatrick said: "We believe these important reforms will improve the lives and experiences of trans people."

The committee backed removing the need for any medical evidence or diagnosis "believing that trans people know their own minds".

Five MSPs backed the legislation but the two Conservatives - Pam Gosal and Rachael Hamilton - opposed it.

They said this "could potentially mean the process is open to abuse from bad faith actors, particularly predatory men". 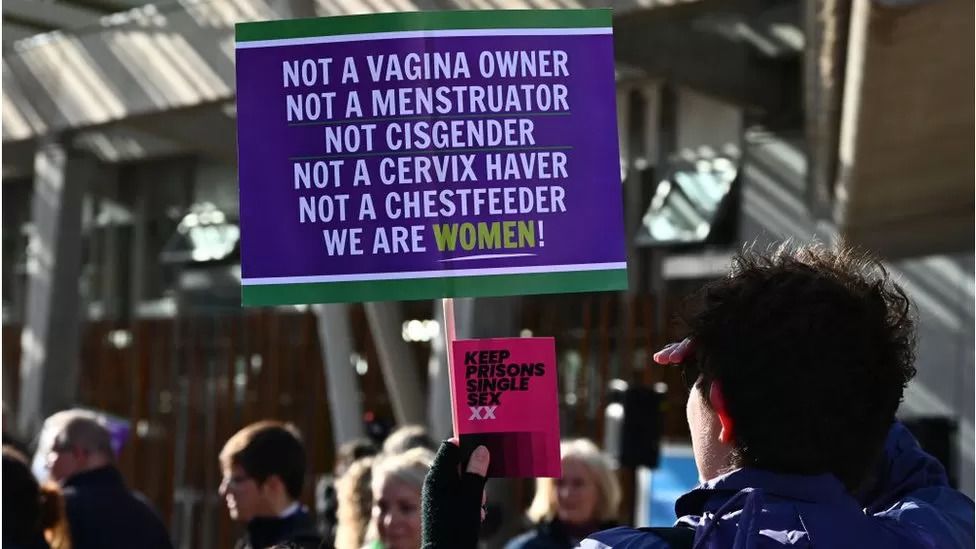 Campaigners opposed to the legislation are concerned it will lead to women-only spaces and services, including hospital wards, refuges and prisons being opened to people with male anatomy.

The committee report - published ahead of the demonstration outside Holyrood - said most MSPs on the committee agreed that while such views were "sincerely held", they were satisfied the bill would not change any of the existing protections women have under the Equality Act 2010, "including the ability to exclude trans people from single-sex services where proportionate and appropriate".

It said: "The majority is satisfied that the bill will not change or remove women's rights, make changes to how toilets and changing rooms operate, redefine what a man or a woman is, nor change or expand trans people's rights."

A spokesperson for Scottish Trans said they were pleased the committee agreed with the principles of the bill and "significantly reforming the law that is currently in place in Scotland".

Manager Vic Valentine said: "We urge MSPs to now also vote in favour of reforms, and to make a real difference to the lives of trans people in Scotland."

On Wednesday the Equality and Human Rights Commission (EHRC) wrote to Social Justice Secretary Robison about the potential cross-border impact of gender laws changing in Scotland.

The regulator's chairwoman, Baroness Kishwer Falkner, urged the devolved nations and UK government to work together.

The letter pointed out that changes could affect sex discrimination across the UK, including equal pay, gender pay gap reporting and measures to address disadvantages experienced by women. 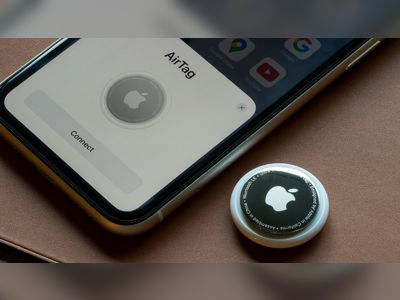 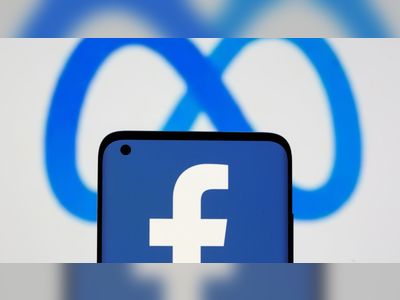