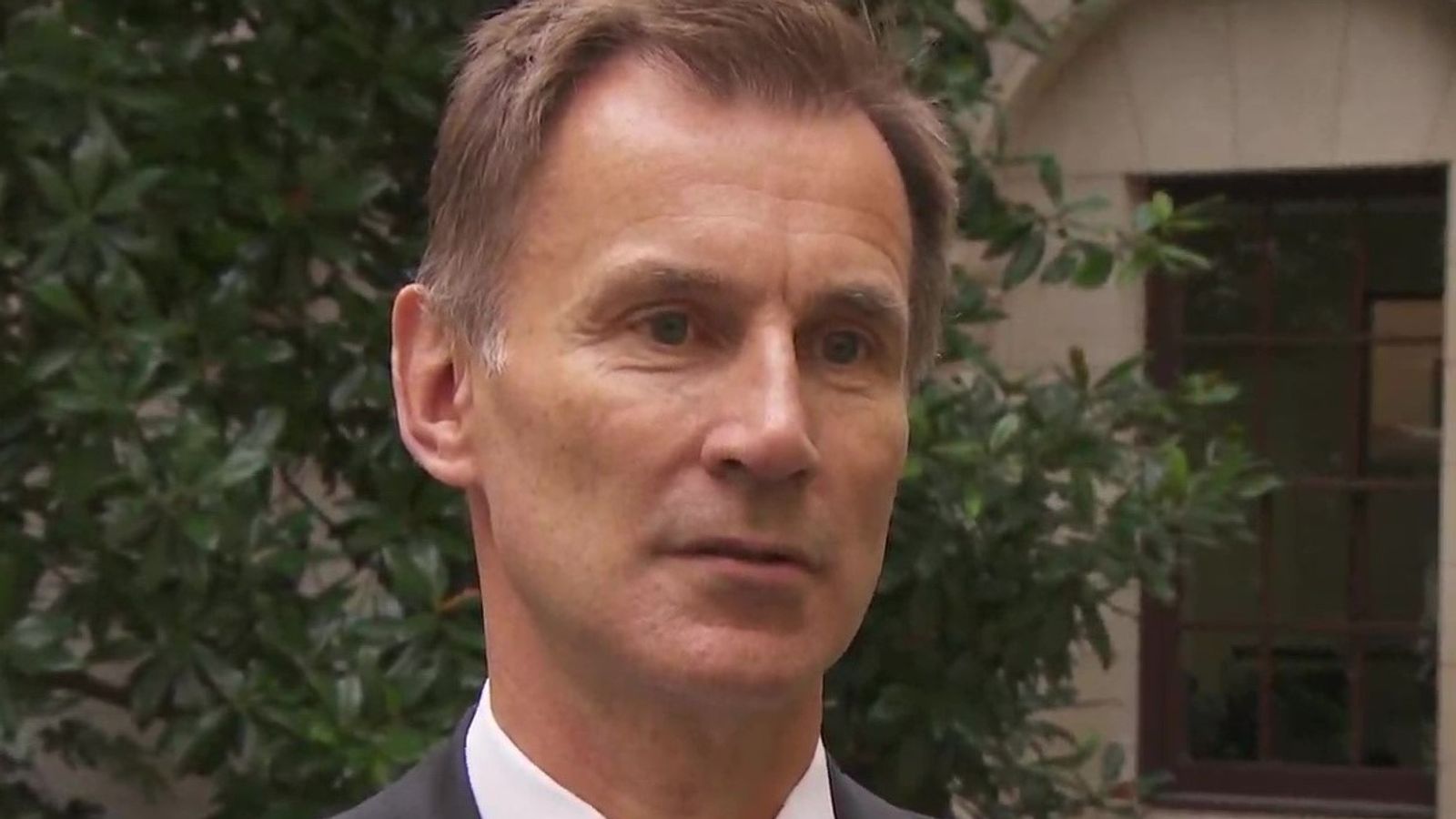 The chancellor says the medium term plan will be upgraded to a "full autumn statement" and it is "prudent" to get accurate economic forecasts as he says that he is "willing to make choices that are politically embarrassing if they're the right thing to do".

Jeremy Hunt has delayed the announcement of the government's economic plan from Halloween to 17 November, saying it will help ministers make "difficult decisions... that stand the test of time".

A medium term fiscal statement was due to be delivered by the chancellor in the Commons on 31 October - along with a forecast from the Office for Budget Responsibility - after Liz Truss's tax slashing mini-budget last month left a blackhole in government finances and the markets in turmoil.

But it will now be put back by more than two weeks and be turned into a full autumn statement - expanding its remit and providing longer term plans.

Mr Hunt, who remains as chancellor in Rishi Sunak's new cabinet, said he had made the recommendation to the new prime minister to ensure any decisions are based on "accurate economic forecasts".

And he said he was "willing to make choices that are politically embarrassing if they're the right thing to do for the country".

The chancellor also revealed the autumn statement would include measures to make debt fall "over the medium term".

"Our number one priority is economic stability and restoring confidence that the United Kingdom is a country that pays its way," said Mr Hunt.

"But it is also extremely important the statement is based on the most accurate possible economic forecasts and forecasts of public finances."

The Bank of England is due to make an announcement on interest rates on 3 November, meaning the original government statement would have come ahead of the decision.

Asked if it was wise to change it now, Mr Hunt said Mr Sunak's entrance to Number 10 meant there was "the prospect of much longer term stability for the economy in the country - and in that context, a short two and a half week delay is the best way we will make sure that it is the right decisions we take". 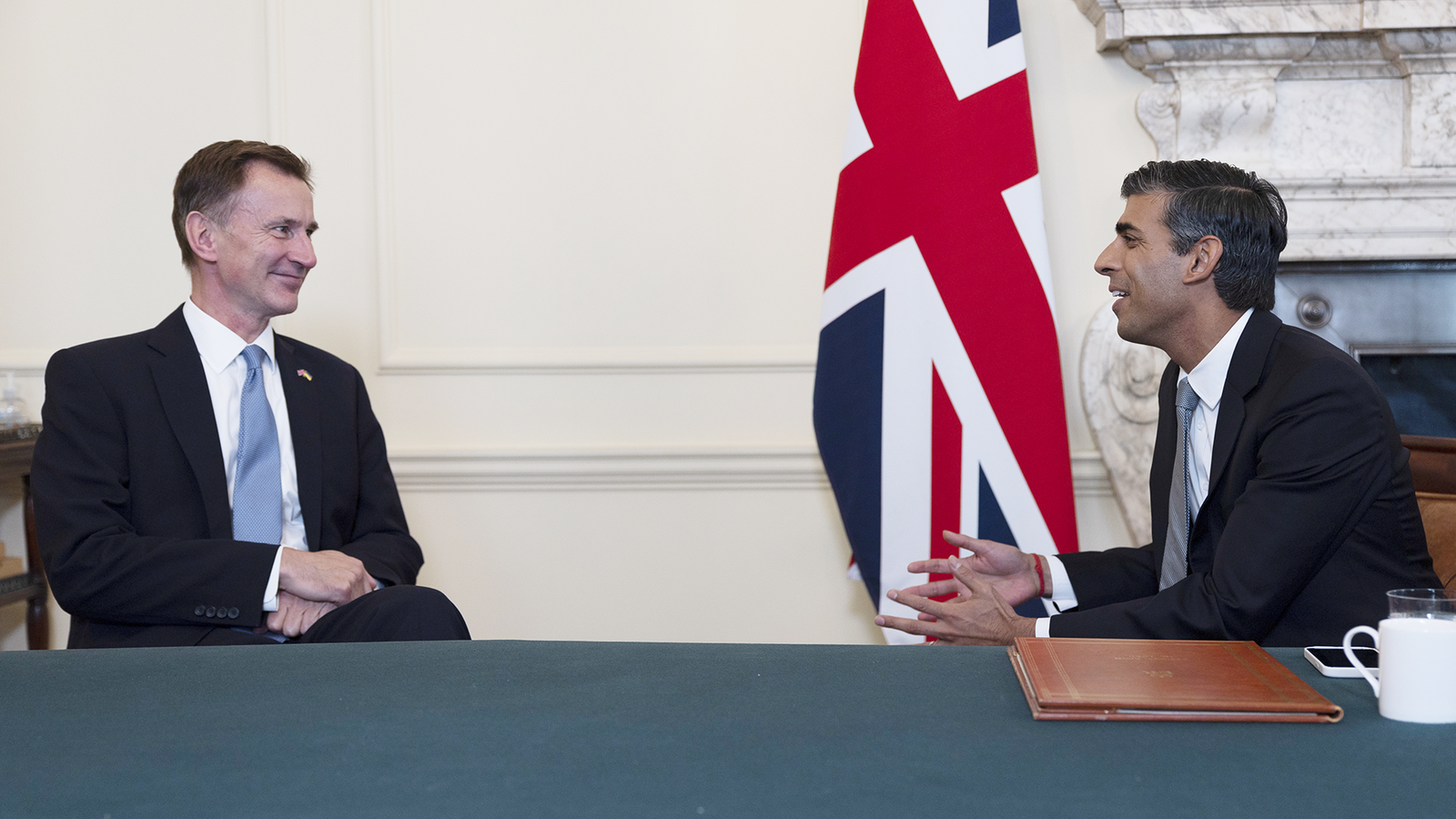 The chancellor added: "There has been a lot of market turbulence even in the last 48 hours, and the question is how you deal with that turbulence to make sure that the very, very important, very difficult decisions that I and the prime minister have to make are the right ones - decisions that stand the test of time and do the right thing for people at home who are worried about their mortgages, their jobs, the cost of living, the bills and so on.

"And for that reason, accuracy in the forecasts both around public finances and economic growth is very important, and that's why this is the right decision and a prudent decision."

She called on the PM to confirm benefits and pensions will be up-rated in line with inflation, and that there will be no cuts to public services, including the NHS.

"Sunak was installed by Conservative MPs into Number 10 without anyone voting for him, and without telling anyone about his plans for the country," she said.

"The public deserve to know immediately what lies in store, and that they will not be made to pay for the Conservative Party trashing our economy."

How did we get here?

Ms Truss came to power in September off the back of a summer of campaigning for lower taxes and higher growth.

A mini-budget by her chancellor Kwasi Kwarteng spooked the markets, leading to the pound plunging, mortgages being withdrawn, and the Bank of England being forced to intervene. 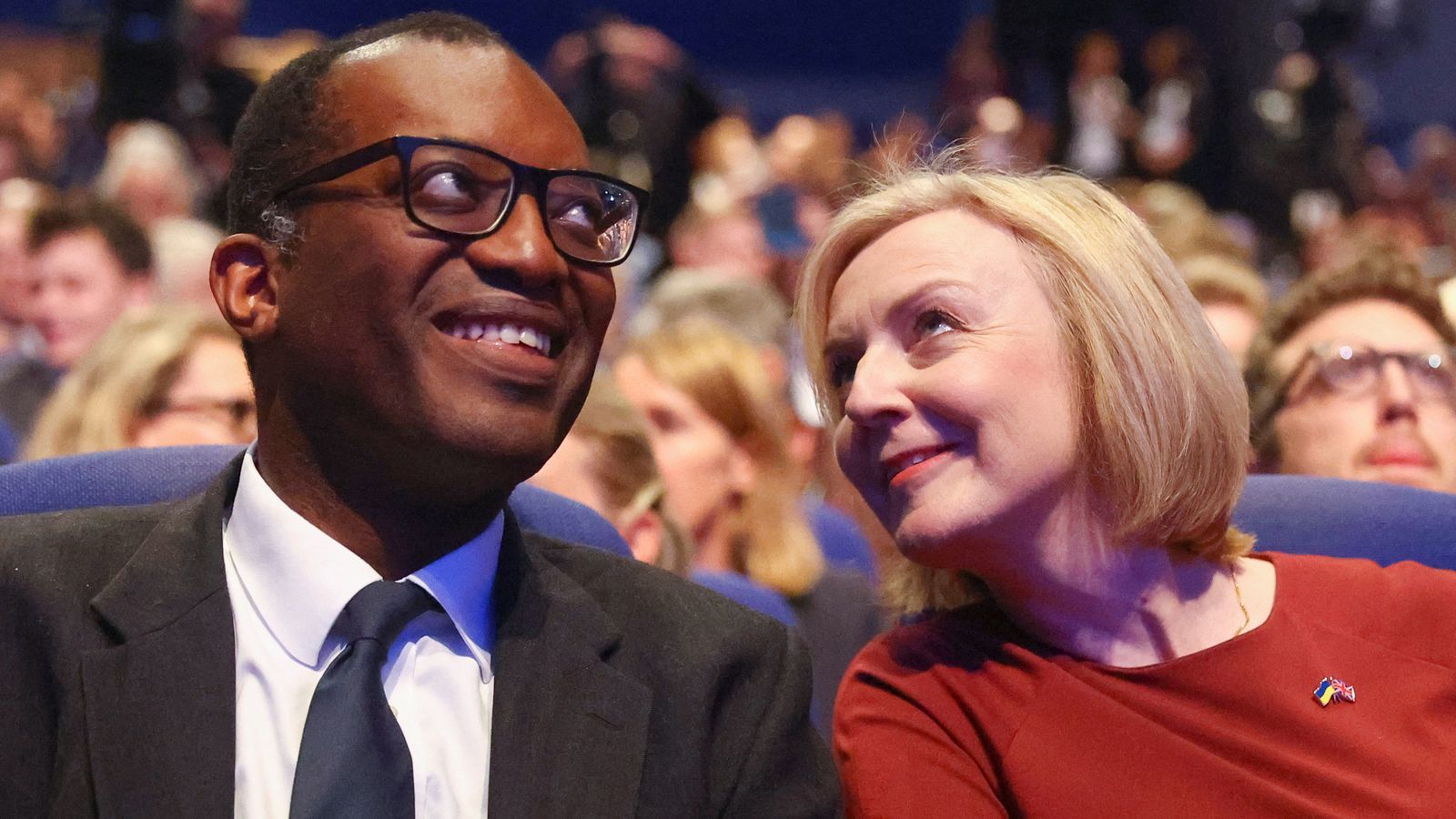 Liz Truss and Kwasi Kwarteng announced huge plans based on government borrowing that sent the markets into a spin.

He was replaced by Mr Hunt and within three days had reversed nearly all of the policies.

Ms Truss resigned in the same week, and has now been replaced by Mr Sunak, who promised on the steps of Downing Street that "economic stability and confidence [would be] at the heart of this government's agenda".

There were hints the statement could be delayed on Wednesday when Foreign Secretary James Cleverly could not confirm the date to Sky News.

And later that morning, a Treasury source told our political editor Beth Rigby that it was "very possible".