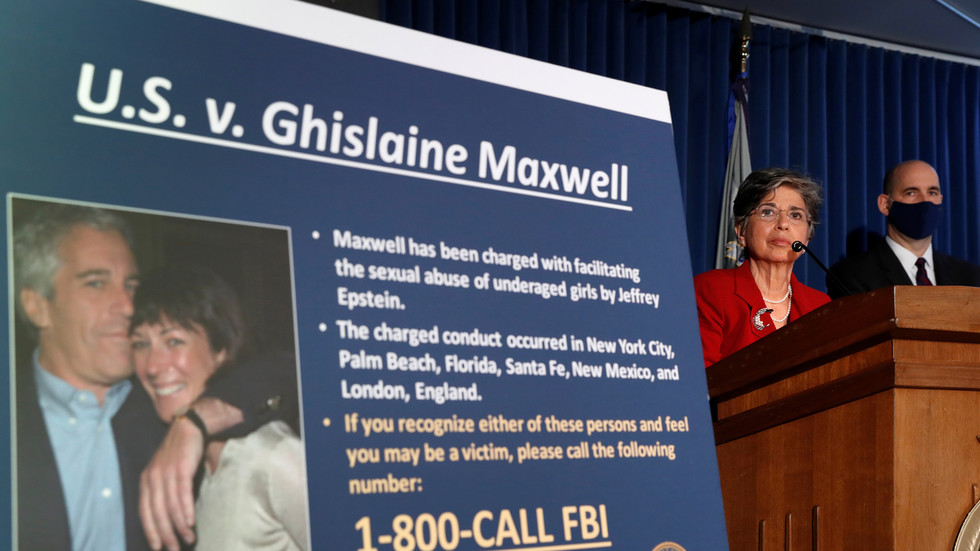 Accused child sex trafficker Ghislaine Maxwell has had her bail request denied by a federal judge, court records show. Her lawyers had requested she be released on a $28.5 million bond ahead of her trial.
Judge Alison Nathan has once again denied Jeffrey Epstein’s alleged madam bail, declaring her to be an “extreme flight risk,” according to court records unsealed Monday.

Maxwell’s lawyers had insisted the living conditions at Metropolitan Detention Center were “intolerable” and requested she be released into “house arrest” at a friend’s home, where she would be monitored by private security guards to ensure she didn’t skip town.

The bail offer was considerably higher than the $5 million offered up following Maxwell’s arrest in July. Her lawyers proposed the $28.5 million package that was supposed to represent “all of her and her spouse’s assets, her family’s livelihood, and the financial security of her closest friends and family.” Some $22.5 million of that was said to come directly from Maxwell and her spouse.

But prosecutors remained unmoved by her sob story about poor living conditions, noting she is permitted to leave her cell for 13 hours a day, has her own shower, phone, and television, and even has the use of two computers - making her considerably more privileged than the average inmate.

Her trial is due to start in July 2021. Maxwell has pleaded not guilty to multiple charges related to sex trafficking and perjury, and faces up to 35 years in prison if convicted. Epstein, her now-deceased associate, allegedly killed himself while awaiting trial on sex trafficking charges of his own.

Maxwell has insisted she knew nothing about his “scheme to recruit underage girls for sexual massages” despite significant evidence - including the testimony of multiple then-underage girls - to the contrary.

The accused child predator’s lawyers have hinted if she is forced to remain in jail until the start of her trial, she could follow Epstein in committing suicide. They claim she has lost weight and even some hair under the stressful jail conditions, which they insist are worse than those endured by terrorists.

Maxwell’s and Epstein’s numerous connections to celebrities and politicians have fueled endless speculation about espionage, blackmail, and other skulduggery, especially given rumors around Maxwell’s own family history. Her father, Robert Maxwell, was allegedly a spy for the UK, Israel, and the USSR.
Add Comment