Philanthropy, the ennobling pursuit of the rich and famous, is in the headlines. But what does philanthropy mean in 2022? And does it mean the same thing in the US as it does in the UK, asks Stephen Smith.

The American bitcoin wunderkind Sam Bankman-Fried was one of the leading lights in a new philanthropy movement known as "Effective Altruism" (EA).

Instead of toiling away for a charity, supporters of EA favour making pots of money in finance and tech instead, and then giving it away to charity. But the 30-year-old Bankman-Fried's cryptocurrency exchange, FTX, went bankrupt earlier this month.

Overnight, his riches vanished - he had been worth $10.5bn (£8.68bn) on paper, or rather, in evanescent digital code. As for his creditors, far from congratulating themselves on the effectiveness of their altruism, they are now out of pocket by as much as $8bn.

Meanwhile, Amazon founder Jeff Bezos announced his intention to give "most of my fortune away" in his lifetime, a generous-sounding gesture for a man who is worth $117.5bn according to Forbes. He has already parted with $2.4bn over his working life, says the same source.

It's not clear how Bezos intends to make good on his promise. He hasn't signed the Giving Pledge, a scheme launched by Bill Gates and Warren Buffet to persuade their fellow super-rich that they should donate most of their assets to charity.

And critics have pointed out that Bezos's staggering wealth is not unconnected to his company's record on tax. In the UK, Amazon pays tax on its profits but not its sales, handing over £492m in direct taxation to Customs and Revenue last year on takings of a whopping £20.63bn.

The company has been accused of low wages and poor working conditions, and Amazon workers in territories across the globe staged walkouts on Black Friday.

Bankman-Fried and Bezos have had plenty of attention for their pronouncements on philanthropy, in marked contrast to the awkward silence which surrounds the subject on this side of the Atlantic.

The British are reluctant to discuss their efforts on behalf of good causes, so much so that even the humble-brag "I don't like to talk about my charity work" is enough to bring on an attack of the vapours in certain self-effacing circles. Or so we like to tell ourselves.

In recent years, a new kind of philanthropist has emerged in the UK - the activist sports star or musician. Footballer Marcus Rashford topped the Sunday Times Giving List in 2021 for his campaign against food poverty and this year's leading donors include racing driver Lewis Hamilton, footballer Mo Salah and rapper Stormzy. 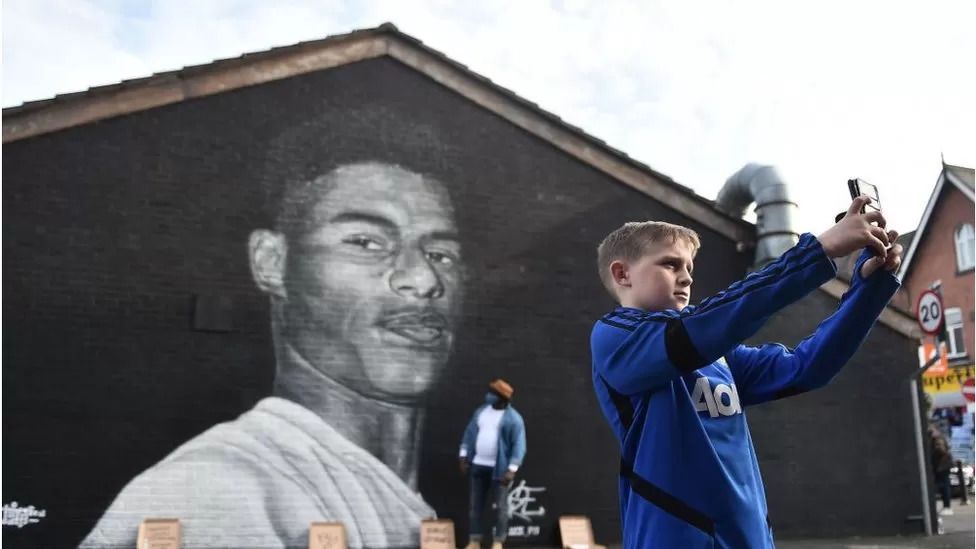 Nonetheless, aspects of culture- and tax - help to explain differing attitudes to philanthropy in the UK and US. Americans gave $484.85bn to charity in 2021, according to the National Philanthropic Trust (NPT) in the States.

Britons donated £10.7bn, says the Charities Aid Foundation. The US has roughly five times the population of the UK but Americans give 45 times as much.

"Rich people in the US face expectations that those who've made it financially will give some - or a lot - away," says Dr Beth Breeze, director of the Centre for Philanthropy at the University of Kent.

She says "success" in the US is judged not only by how much an individual makes but also by how open-handedly they give away.

"It's about being both the richest and the most philanthropic, as Bill Gates, who topped both lists for many years, exemplifies. No such expectation exists yet in the UK. Philanthropic people may get praise here but the non-philanthropic wealthy do not typically come under any social pressure to emulate their more generous peers."

US fundraising is the most developed in the world, according to Dr Breeze, with highly skilled campaigners building long-term relationships with those able to make big gifts.

Bezos lives in a cultural context that expects people like him to give, she adds, and his ex-wife MacKenzie Scott is the most admired contemporary philanthropist.

"The only surprise is that this combination of factors has not led to him pledging to give it all away any sooner."

Churches are the biggest group of beneficiaries from American philanthropy, reflecting the insistence of the founding fathers on free, independent religious communities, separate from the state. Faith organisations received 27% of donations in 2021, according to the NPT.

The US also has a strong attachment to the idea of small government. Taxes and spending are low in comparison with Europe. To offset this, there's been a tradition of "noblesse oblige"​​​​ on the part of America's wealthiest dynasties. Art is a good case in point. The great museums and galleries of the US would be practically bare without the generosity of private donors; in the UK, the wealthy typically leave their pictures to the nation to avoid paying death duties.

But you don't have to peer very far back into British history to discover a pattern of philanthropy at least as significant in shaping society as gifting by billionaires is in contemporary America.

Instead of tech tycoons dispensing their largesse, it was the pioneers of the industrial revolution in Britain who were signing the cheques, and they acted out of self-consciously godly motives the way many American benefactors do today.

In the 19th Century, one of the great textile barons, Titus Salt, built homes and schools for the workers who toiled in his Yorkshire mills. He even named his new town after himself - Saltaire. He decreed it would be free of alcohol. This chimed with his nonconformist beliefs, but also meant fewer days would be lost to drink-related illnesses and injuries.

Salt's model was followed by the Lever Brothers who were manufacturing soap powder on Merseyside. They built a garden village to house their workers and called it Port Sunlight, though apparently not in ironic commentary on the rainy local climate. The Levers permitted a pub among the tied houses of Port Sunlight, but it was alcohol-free.

Jonathan Ruffer, 71, a religious-minded City trader who has lavished millions of his own money on his native north-east England, is a throwback to those God-fearing Victorian grandees.

He is the investor behind a spectacular pageant, Kynren, a whistlestop tour of British history which is staged in the grounds of Ruffer's home, the former palace of the Bishops of Auckland, to generate funds for the area. It's reported that Mr Ruffer's generosity is worth £50,000 a day to the deprived community of Bishop Auckland. 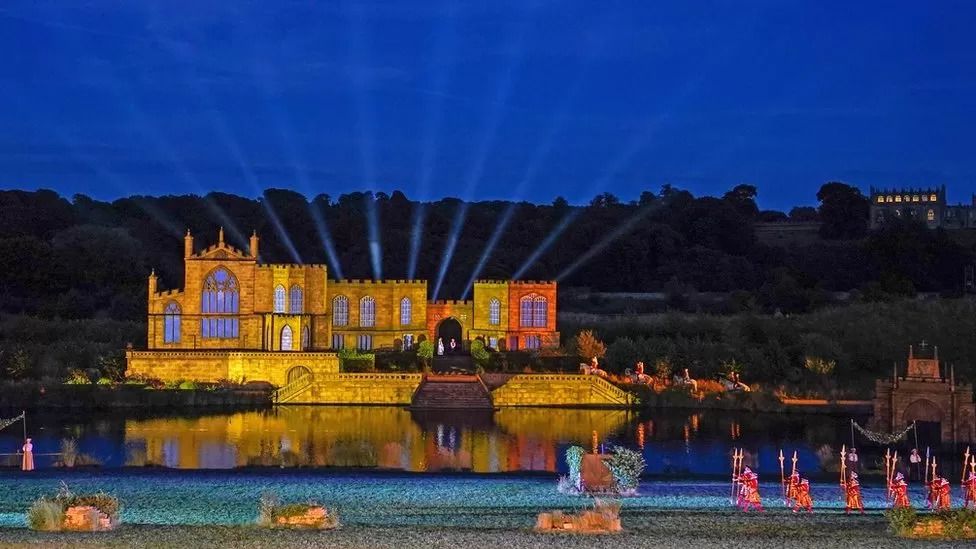 On the face of it, little connects the mutton-chopped worthies who built places like Saltaire and Bournville with the tech bros of Silicon Valley.

But creating state-of-the-art accommodation for the workers and surrounding it with recreational facilities yet frowning on the scourge of alcohol - all of this is out of the Silicon Valley playbook if recent reports about temperance are correct, except that the Victorian industrialists were on to it a century or more earlier.

In philanthropy, what goes around comes around.

Like Bezos and others, the industrial barons of Victorian England accumulated vast private fortunes largely untroubled by taxes, dazzling everybody with their good works.

How might a very rich man conjugate the verb "to give"?

"They pay their taxes; you donate to charity; I'm a philanthropist."