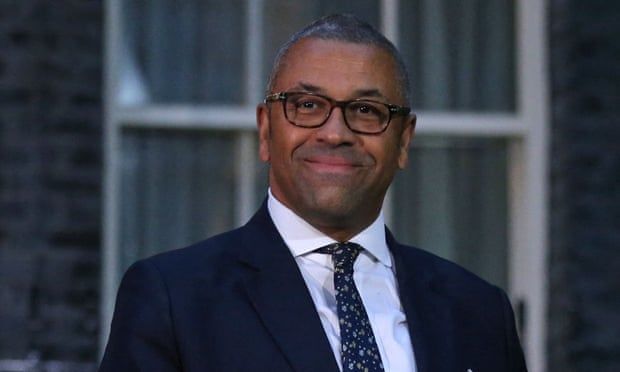 James Cleverly becomes foreign secretary after nearly two years as a junior minister in the department and a few weeks as education secretary, with the challenge of working for a new prime minister who wants to drive foreign policy personally.

The 53-year-old was an early backer of Liz Truss, on board ahead of the first ballot, and during the campaign was happy to criticise her defeated rival, Rishi Sunak, for being slow to respond to concerns about the influence of China.

At one point the former chancellor proposed a ban on China’s 30 Confucius Institutes in Britain. Although Truss has not made a similar commitment, Cleverly argued that Truss had been focused on Beijing “for quite some time” and that “we do need to look at China’s influence, not just on the world stage but here in the UK”.

Other senior Conservatives who had hoped to become foreign secretary suggest, in private, that Cleverly’s appointment “is designed so that Liz can remain foreign secretary while based in No 10”, arguing that the new prime minister wants to reserve decision-making for herself.

Nevertheless, the requirement to spend day and weeks on the road requires a certain amount of trust from the occupant of Downing Street. Cleverly spent nearly a year directly working for the new prime minister, and his Blackheath home in south-east London is a mile down the road from where Truss lived in Greenwich.

It is a part of London with which the politician has been associated all his life. Cleverly, whose mother came to the UK from Sierra Leone, and whose father’s family is from Wiltshire, was brought up in a one-bedroom flat in nearby Hither Green, as an only child, partly because his parents could not afford to bring up another.

Though not wealthy – his mother was a nurse, his father a surveyor – they paid for Cleverly to attend Colfe’s school, where fees can be as much as £18,300 a year. From there he joined the army. An early injury robbed him of a full-time military career, though he remains a member of the reservist Territorial Army.

Instead he studied as the University of west London, where he met his wife, Susannah, and began a career in publishing before drifting into Conservative politics around 2002. One of his first acts was to write a report on how the party could do more to win over black voters, and he “very quickly found itself to Iain Duncan Smith’s office” when he was party leader.

It helped get him on the Conservative map, and he won the Bexley and Bromley seat on the London Assembly in 2008 as Boris Johnson became mayor. Cleverly served as chair of the London Fire and Emergency Planning Authority, and presided over the closure of 10 fire stations – a decision forced on him, he said, by budget cuts.

Upwardly mobile, Cleverly entered the Commons in 2015 as the MP for Braintree in Essex and tried to cultivate a reputation for plain speaking. He described Theresa May’s disastrous 2017 election campaign as “devoid of hope” and briefly tried to stand for the leadership after she quit, but failed to attract enough support.

At one point he extracted an apology from the singer Lily Allen after she mistakenly accused the former transport minister Chris Grayling for being at lunch when Monarch airlines went under. But he was criticised for claiming the 19th-century anti-slavery MP William Wilberforce was a Tory when he was an independent.

Johnson made Cleverly co-party chairman in July 2019, although his successful election campaign was largely driven by Dominic Cummings, and he was demoted in the post-election reshuffle in February 2020 to the Foreign Office role, from which he has been able to chart a rapid political ascent.