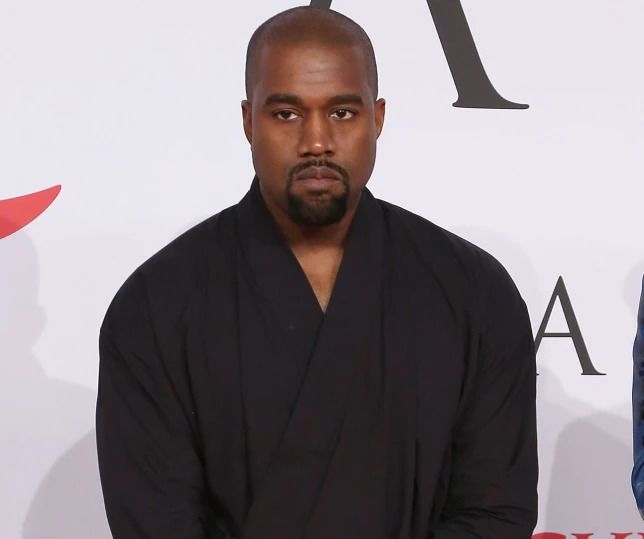 The Praise God rapper made headlines with his controversial outfit while unveiling his SZN9 collection at Paris Fashion Week on Monday night, appearing in a black sweatshirt with the huge slogan.

The 45-year-old then told the audience, made up of some of the biggest names in the industry, of his struggles in the past – however, Jaden wasn’t interested and decided to make a quick exit.

Taking to Twitter after the show, the son of Will Smith and Jada Pinkett Smith, shared his thoughts on the scenes, while also highlighting the Black Lives Matter movement.

‘I Had To Dip Lol,’ he penned. ‘True Leaders Lead. 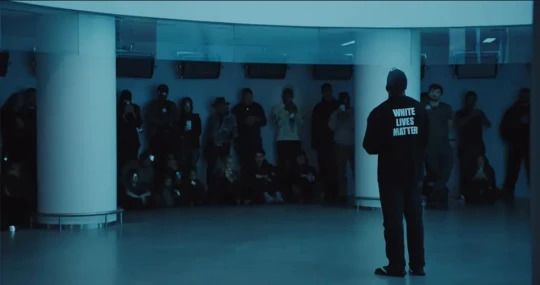 The 24-year-old continued: ‘We Demand A More Progressive Future.’

In a now-deleted post, via the Independent, he is thought to have added: ‘I can’t stand behind what Kanye’s saying, he does not have the full support of the youth.’ 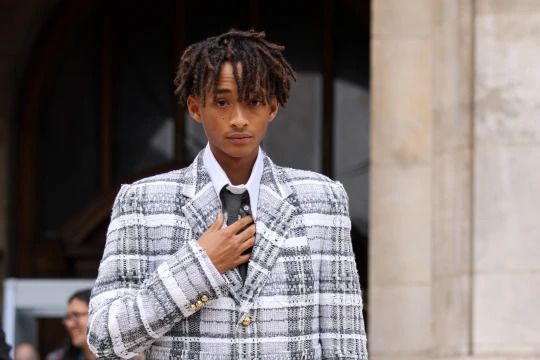 Jaden Smith made a quick exit after seeing the jumpers

At the show, Kanye, who now goes by the name Ye, reflected on his experiences in the fashion world and described himself as a ‘leader’.

‘I am Ye, and everyone here knows that I am the leader. You can’t manage me,’ he told the audience. 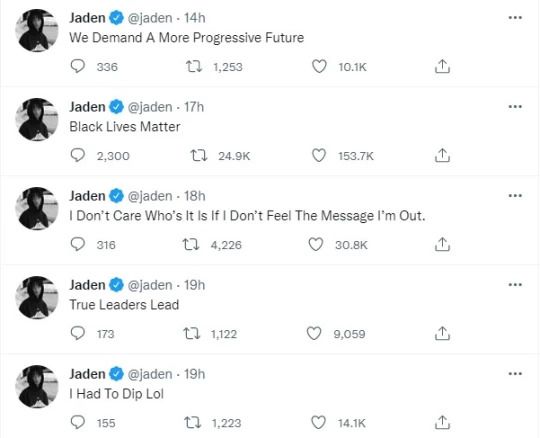 Jaden shared his thoughts on Twitter after the scenes

‘I don’t want any of y’all to talk to me about pain. I remember when me and Matt Williams were styling Rihanna 14 years ago. But tonight let’s just celebrate, let’s just enjoy this new frontier.

‘Fashion has a tendency to be extremely classist. To say if you weren’t pretty enough, have money, or weren’t born into money or weren’t scamming, that you can’t afford this cut.’

Ye has been criticized for his comments regarding the Black community in the past and was famously forced to apologize for a rant in 2018, when he said that African American slavery was a ‘choice’.

Following the SZN9 show, the dad-of-four stirred up more fury when he was spotted with Trump activist and conservative political commentator Candace Owens, who also wore a White Lives Matter jumper.

The message is a spin on the BLM movement which highlights racism and discrimination, as well as amplifying voices in the Black community.

He later addressed the controversy surrounding his jumper on Instagram, claiming: ‘Everyone knows that Black Lives Matter was a scam.