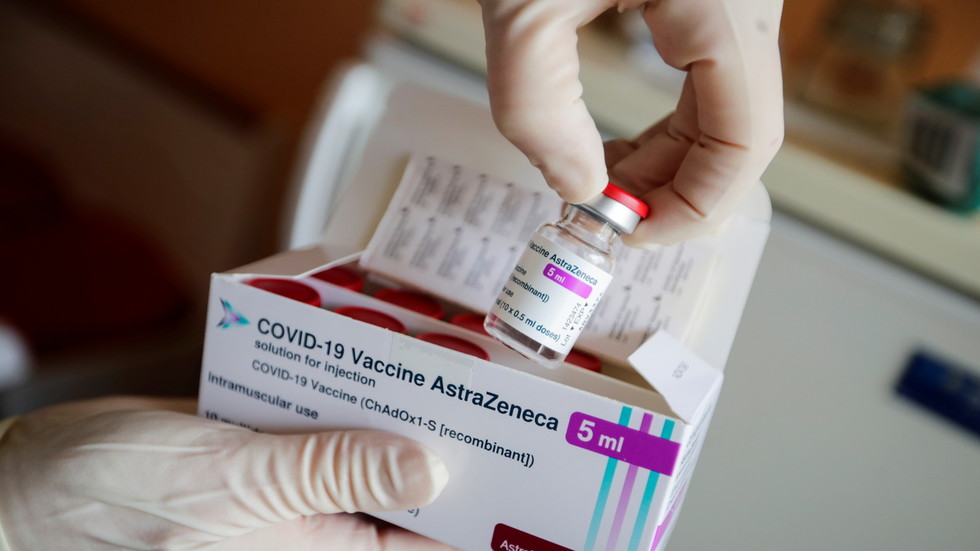 The Italian government has reportedly prevented a shipment of some 250,000 doses of the Covid-19 vaccine developed by AstraZeneca and Oxford University from leaving the country for Australia, in the first such action in the EU.
Rome's ban on exporting AstraZeneca jabs made at Italy’s Anagni plant for Canberra was first reported by the Financial Times, citing Italian government sources.

It is the first such move by an EU member state since Brussels brought in new rules allowing governments to halt shipments to other countries of vaccines produced in the bloc in order to protect European interests.

The Italian government told the European Commission of its intention last week and Brussels did not object to the move, according to the FT.

Last week, Italy's new Prime Minister Mario Draghi told a meeting of EU leaders that the bloc's vaccine rollout must speed up. He also reportedly called for tougher action on vaccine manufacturers that don't meet their commitments, and for the EU to restrict sending jabs elsewhere in a bid to strengthen its own rollout.

At the end of January, the Commission announced a new measure requiring member states to authorize vaccine exports to non-EU nations in a bid to create greater "transparency" and to protect vaccine supplies.

The scheme covers EU vaccine contracts the EU has signed advance purchase agreements for. It was due to expire at the end of March, but is to be extended until the end of June, Reuters reported on Thursday.

The measure was introduced following a huge public row between the EU and the UK over AstraZeneca vaccine supplies that officially left the bloc at the beginning of 2021. In January, the British-Swedish pharmaceutical company announced it would cut EU deliveries from a target figure of 80 million to 31 million due to production shortfalls at its plants in Belgium and the Netherlands.

Brussels accused the drugmaker of reneging on its vaccine contract and even threatened to invoke Brexit legislation to stop jabs entering the UK via Northern Ireland. It eventually backed down after backlash from London, Dublin and Belfast.

Italy's reported blockage on shipping the vaccine doses to Australia has not yet been confirmed publicly by officials.
#COVID-19  #vaccine  #AstraZeneca  #Covid  #Vaccines
Add Comment